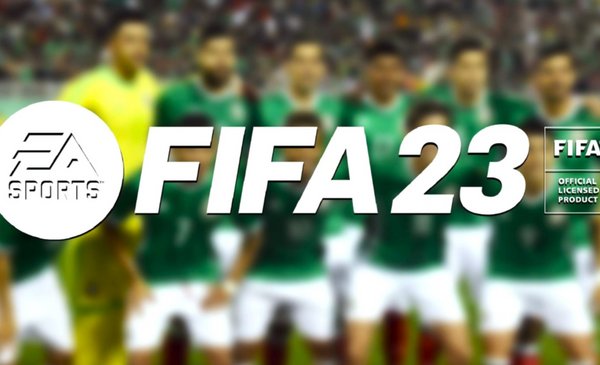 Wednesday, August 17, 2022 The new release of FIFA 23 is being awaited by thousands of gamers from all over the world (September), however

The new release of FIFA 23 is being awaited by thousands of gamers from all over the world (September), however, the soccer players that will make up this edition have already been revealed, which includes four legends from Mexico, although some fans claimed the absence of one of the emblematic players as been the case of Cuauhtemoc Blanco.

Who are the Mexicans that appear in FIFA 23?

The UltimateTeam will have the presence of the historic former Barcelona defender, Rafael Marquez to be in hero mode, this according to the presentation of EA Sports FIFA on its social networks as the Kaiser of Michoacan note that his last appearance was in the FIFA 17.

Therefore, the eternal captain of the Mexican team and five times World Cup, Rafael Marquez joins another mythical compatriotJorge Campos in the list of heroes that were designed by EA SPORTS in collaboration with MarvelEntertainment. Besides, there are also the Mexicans. Hugo Sanchez and Luis Hernandezbut they with icon status.

What will be the items in Ultimate Team FIFA 23?

What are the features that FIFA 23 will have?

It will have a technology that causes a better feeling of every moment of the field with HyperMotion2, it will provide access to 100 stadiums, 30 leagues, 700 clubs, and 19,000 athletes, and FIFA is the only one authorized for users to play the most important tournaments in UEFA, Champions League, Europa League, Europa Conference League.

Monterrey, Tigres and Toluca win and continue as co-leaders in Mexican soccer
T-shirt 10 | Soccer has its misunderstandings
FC Barcelona: Braithwaite’s ordeal with his father as a child: “I thought, does he really love me?”
FOOTBALL 3661