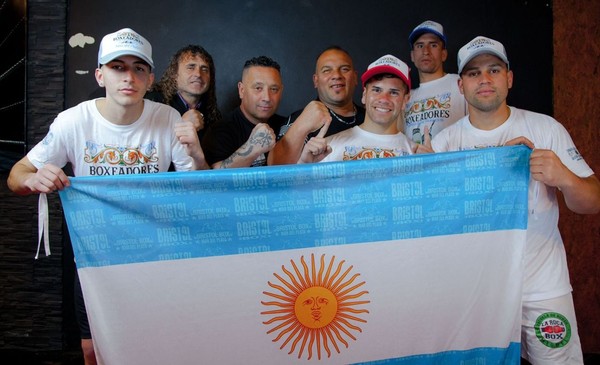 Four boxers and two trainers from Mar del Plata will leave next Thursday to Camboriu, Brazil, to participate in Latin Amateur Championship of the W

Four boxers and two trainers from Mar del Plata will leave next Thursday to Camboriu, Brazil, to participate in Latin Amateur Championship of the World Boxing Council, which will take place between September 27 and 30 along with boxers local country, Mexico, Uruguay and Ecuador.

“We still haven’t fallen into it, it doesn’t seem like much, but living this is a lot. Amateur boxers from the city have never traveled like this. We are very happy,” Doval said. The World Boxing Council appointed the promoter from Mar del Plata as a delegate on the Argentine coast, after having traveled on several occasions with other boxers to compete in Uruguay. Thus, the invitation to Brazil arose.

To travel, boxers, trainers and the promoter worked hard to be able to pay for the delegation’s trip, with supporters clubs that made their contribution. “It cost us a lot, but based on effort we were able to travel. In Brazil they give us lodging, food and transportation,” said Doval, who valued the preparation of the local boxers: “they are four amateur boxers with a very good track record, seasoned boys, several about to be professionals.The boys were very sharp, in weight, in category. They are going to leave the best, but as I say to them as a reference for the group, I want us to be the champions in conduct, in discipline and that we take this as experience“, he sentenced.

The championship, which will have five male and two female categories, will be held entirely in the multi-event gym “Hamilton Linhares Cruz” from beautiful Camboriú.

With anxiety and happiness for already being in Brazil, the local boxers will travel full of illusions. “It was an emotional trigger, because the boys need this type of event to focus more on their career. We will go for the precious belt of the World Boxing Council,” closed Mauricio Doval.

Boxing: Serrano asks that the fight against Taylor have the same duration as the men’s
Wladimir and Vitali Klitschko, two world champion brothers, affected by the war
Boxing: Moreno Vs. Campos | channel 9
BOXING 4239

Loading...
Newer Post
Mir: “I know what factory Honda is and the potential it has”
Older Post
“Football does not end in Barcelona or Madrid, as Valverde or Pellegrini constantly show us”