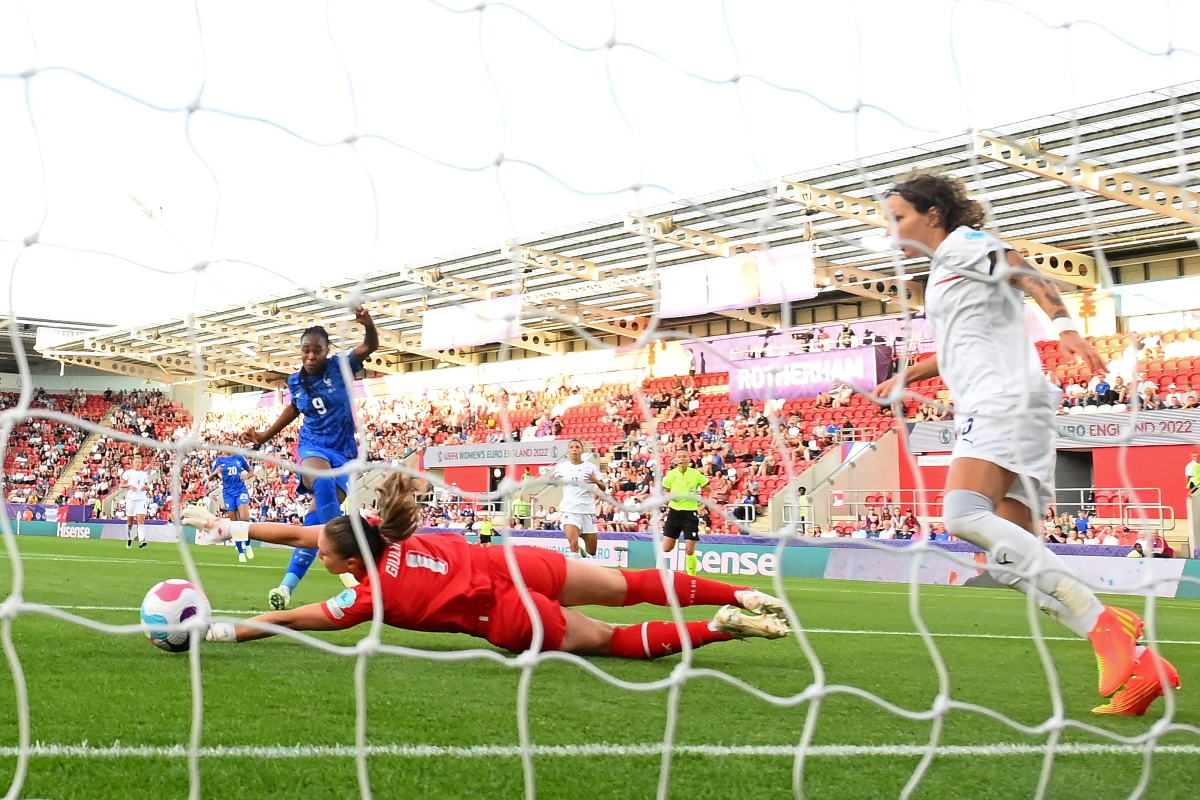 France won and convinced in its entry into the competition in the European Championship women's soccer, this Sunday in Rotherhamwith a 5-1 w

France won and convinced in its entry into the competition in the European Championship women’s soccer, this Sunday in Rotherhamwith a 5-1 win over Italy.

YOU MAY BE INTERESTED: France announces massive repatriation of jihadist mothers

The players trained by Corinne Diacre they got their five goals in the first half. He especially highlighted Grace Geyoro with a hat-trick (9′, 40′, 45′), while the other two goals were achieved by Marie Antoinette Katoto (12 and Delphine Cascarino (38′).

Martina Piemonte shortened the deficit in minute 77, with a header, but for the National It barely allowed to make up the defeat.

France starts as the sole leader of group D, since in the other match of the first day of that key, also this Sunday, Iceland and Belgium tied 1-1 in Manchester.

Having missed Belgian goalkeeper Nicky Evrard on a penalty kick in the 30th minute, Berglind Thorvaldsdottir he headed in for Iceland in the 50th minute. Belgium equalized in the 67th, when Justine Vanhaevermaet converted a penalty.

Germany won with a landslide against Denmark in their 500th official match for this team. Those led by Martina Voss they had no problem defeating the Danes. Now, with the leadership of group B, they will seek their ninth title of this edition and extend their hierarchy in Europe.

Portugal and Swiss they finished their match 2-2, although the Portuguese generated more scoring opportunities. And in the other group C match, the Netherlands and Sweden couldn’t get past 1-1. At the moment, Portugal leads this group with 2 points.

In Manchester there was a big surprise, as Iceland managed to get a point against Belgium, who were the big favorites to win this game.

“Madrid and Barcelona test the cleanliness of the Champions”
The four offers from Italian football for Miralem Pjanic
Lens, Nice and Marseille seek sub-leadership in French football
FOOTBALL 3181

Loading...
Newer Post
Pedro Carrasco would have had his birthday today
Older Post
NBA: Garuba will not play the Summer League due to injury, but he hopes to be with the national team