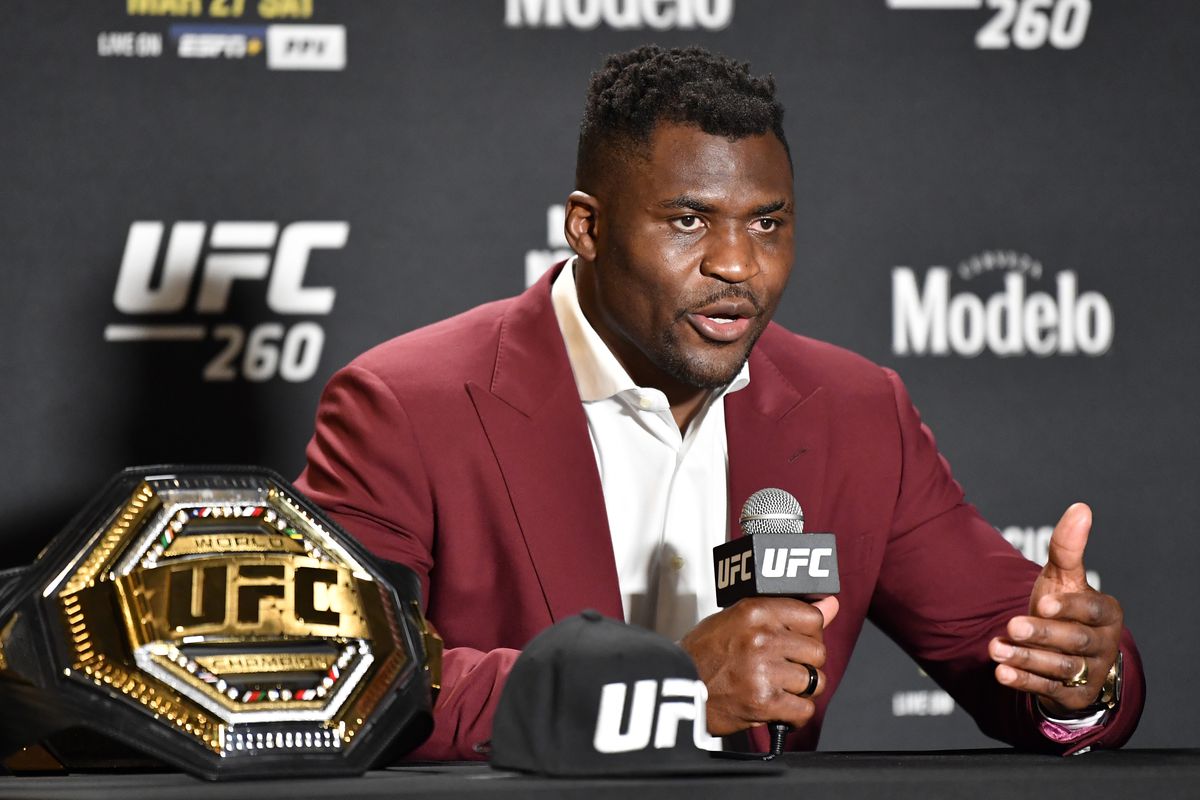 Francis Ngannou claims that Ciryl Gane believed in her own enthusiasm heading into their heavyweight title clash at UFC 270. Ngannou feels that pr

Francis Ngannou claims that Ciryl Gane believed in her own enthusiasm heading into their heavyweight title clash at UFC 270. Ngannou feels that prior to the fight, Gane was being touted as the best puncher in the heavyweight division by the fans. media and promoter.

He also noted that the Frenchman was not matched against fighters. ‘The Predator’ claimed that the UFC protected Gane to generate hype for him before he fought for the title. Ngannou admitted that Gane has a good striking game, but emphasized that MMA is about the general skills of the fighters.

In a video recently shared on his YouTube channel, Ngannou said:

“Before the fight, he really listened and believed what the media was saying… Normally you don’t go into the UFC to fight for the title without fighting a fighter, that’s the rule. In this case, it seems that he was protected. What [UFC] he protected him and that was only exaggerating his flashy style. This isn’t a flashy game, it’s an all-in-one fighting game.”

Ngannou, known to be a violent knockout artist, delivered a wrestling masterclass to defeat Gane by unanimous decision in the main event of UFC 270. Immediately after the fight, Gane was eager to get a rematch against ‘The Predator. ‘.

However, given the doubts about Francis Ngannou’s future in the UFC, Gane has accepted that he may never fight Ngannou again. Although he lost the fight, Gane believes that he performed well and even outclassed Ngannou in several respects. Therefore, he does not regret the fact that he does not have the opportunity to redeem himself.

During an appearance on The MMA Hour podcast of Ariel Helwani, said:

“I have this in mind, maybe I will never fight Francis again anyway, because I put on a great fight and for me, I lost, but not too much. It was just a small mistake. For me, he was better on the hit, on the ground game, but for me, he was better. I know it’s a bit strange to say that, but I was also better in my fight if you compare the technique, if you compare something like that. … So that’s why I’m fine if I never fight Francis again.”

MMA Powerhouse Wants To Rip Mike Tyson’s ‘Heart Out & Tear It To Shreds’
UFC Vegas 36 Fallout: What’s Next for Darren Till?
Bomb! Jake Paul agrees to fight a UFC champion next
UFC/MMA 934