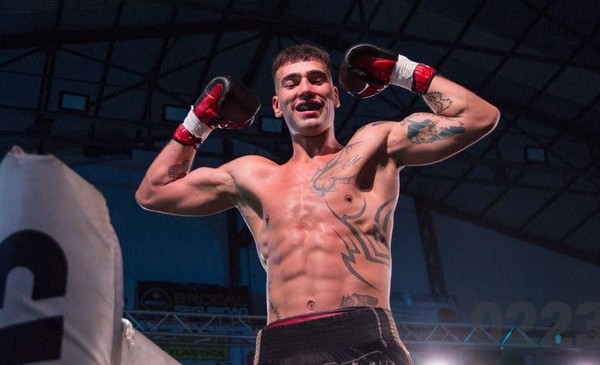 Luna Park will move next Friday to the Islas Malvinas Sports Center with a great boxing festival that will include, among others, two great fights,

Luna Park will move next Friday to the Islas Malvinas Sports Center with a great boxing festival that will include, among others, two great fights, the main one being that of Mar del Plata Franco Ezequiel “The Lion” Acosta -Argentine middle heavyweight champion- looking for of the vacant Fedelatin title of the World Boxing Association (WBA) against the Ecuadorian Jean Carlos Mina. Tickets on sale, and next drawing of 0223 of five pairs.

Two champions on the rise and two challengers wanting to take everything will be the protagonists of the event called “Two Full Titles” that will take place this Friday, August 12, starting at 7:00 p.m. It will be televised live on the TyC Sports screen from 9:30 p.m., and via streaming on TyC Sports Play from 8:00 p.m.within the framework of a new international production of OR Promotions with the support of Tourism Mar del Plata.

In the main match of the night, local undefeated Franco Ezequiel Acosta (11-0-0 8 KO), will have a hard stumbling block in the Ecuadorian Jean Carlos Mina (8-1-0 2 KO). The fight will have the vacant WBA Fedelatin cruiserweight title at stake.

The Argentine boxer He comes from defending his belt for the first time last May with a convincing KO in the fourth round against Nestor Campos in a historic night for world boxing in which father and son not only shared the billboard but also the defining round of their respective fights. This will be the third fight in this 2022 for the young boxer local that is quickly gaining notoriety nationally and internationally.

For its part, Mina strings together four victories in a row, the last being in June against tester Jinner Guerrero.

Both boxers were in charge of warming up the previous one and promised to give a great battle in the stadium that has a capacity for 8,000 spectators.

In the depths of the night, Ayrton Giménez (15-0-1, 3 KO) will seek to continue on the winning path against Lucas Montesino (8-3-1, 6 KO) from Chubut. in a high-stakes match with the WBC Silver Latin Title at stake.

the platinum Gimenez made the best use of the post-pandemic stage and He was able to accumulate in a year and a half 7 victories that positioned him among the best super featherweights in the country. In his rematch with Blas Caro played in April, he knew how to maintain the round-by-round dominance that he had been showing in his last presentations.

In the opposite corner will be Montesino who, despite having 3 defeats in his record, they were against two undefeated nationally and for the away cards against the Nigerian Ridwan Oyekola.

This is undoubtedly a fight that means a step forward in the career of both fighters: on Giménez’s side, it is raising the bar against a rival with a proven track record. On Montesino’s side, a unique opportunity to redirect his career and show that he is among the best in the category.

In the main complementary fight of the night, another undefeated, Alan Abel Chaves (8-0-0, 6 KO) will face the handsome southerner from Cipoletti Martín Matamala (11-10-1, 3 KO) in a fight scheduled for eight rounds.

The rest of the matches will have Ignatius Iribarren Buenos Aires based in San Miguel (5-0-1, 2 KO) facing Olavarriense in six rounds louis mato (9-17-5) and two local credits: Leonel Ávila (5-1-0, 1 KO) also in six rounds against Facundo Sanabria (3-4-1) and the rented debut of the boxer from Club Talcahuano, Franco Demassi against the missionary based in Tigre, Rogelio Javier (0-2-0), four rounds.

Ticket sales and raffle for 0223

0223 launches a draw for five pairs of tickets for next Friday. And to participate in our Instagram feed are the bases and conditions. Tickets can also be purchased through this link: https://events.blackid.app/billboard/detail-event/1270. They can also be purchased the same day of the evening at the aforementioned stadium from 7:00 p.m.