Frank Gore, No. 3 running back in history, retires from the NFL 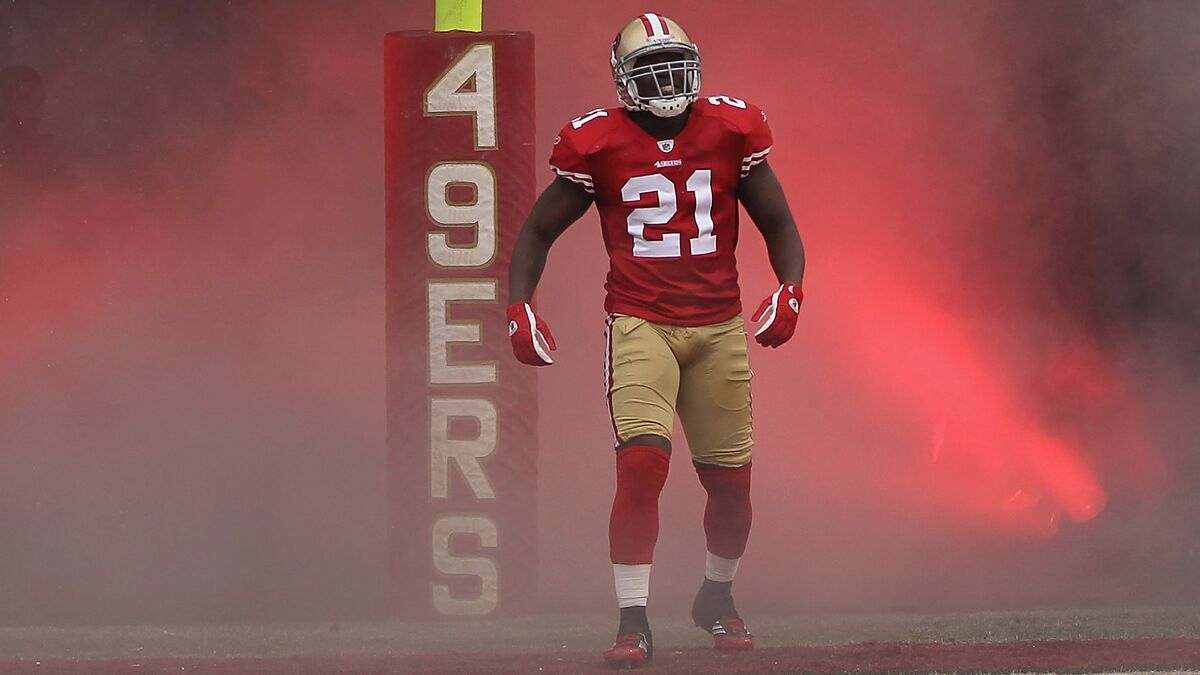 Frank gore officially retires from the NFL as one of the most important running backs in the history of the league, and with the most accumulated y

Frank gore officially retires from the NFL as one of the most important running backs in the history of the league, and with the most accumulated yards, at the end of his career this Thursday after 16 seasons. Gore will sign a one-day contract today with the San Francisco 49ers and will retire with the team that recruited him, according to multiple reports and NFL Network.

Frank Gore accumulated 11,073 yards of his 16,000 in his entire career, playing with the 49ers. Earlier this season, he had confirmed his plans to quit the sport as a member of San Francisco.

Gore will retire with the third-most rushing yards in NFL history, with 16,000 yards on the ground, and the fifth-most total yards in NFL history with 19,992. His figures as a running back are only behind two legends of the game and members of the Hall of Fame: emmitt smith (18,355 yards) and Walter Payton (16,726). He is also tied for 19th all-time with 81 rushing touchdowns.

His 3,735 career attempts are third in NFL history and he is one of only 23 players all-time with 100 total touchdowns. Five times selected Pro Bowl and member of Team of the Decade 2010Gore had nine career 1,000-yard seasons and it was the definition of consistency in the running back position.

Gore is the best running back in NFL history after passing the 30-year mark, which is when he sealed his Hall of Fame candidacy. He ended up amassing 7,161 yards since he was that age, 1,372 more yards than the legendary Emmitt Smith (5,789) of the Dallas Cowboys. Four of the top five running backs in rushing yards after age 30 are in the hall of fame.

Gore is the first player in NFL history with 12 consecutive 1,200-yard rushing seasons. He teams up with Smith, Walter Payton, Barry Sanders and Curtis Martin as the only players with nine 1,000-yard career campaigns. Only Smith and Payton have more rushing yards than Gore.

Gore’s longevity as a running back certainly makes his career one of the most unique for his position, making his records for running backs age 30 and older elusive at a position most players would be at. withdraw before reaching that mark. His performance over the age of 30 is one of the great achievements in league history.

In the 2005 NFL Draft, the San Francisco 49ers used a third-round pick on a running back with a history of knee injuries that they hoped would hang on and make good on his promise.

Recent career records include 4.3 yards per carry, 100 all-purpose touchdowns (81 rushing, 18 receiving, one fumble recovery) and 484 receptions for 3,985 yards over 10 seasons with the Niners, three with the Los Angeles Dodgers. Indianapolis Colts and one with Miami Dolphins, Buffalo Bills and NY Jets.

Frank Gore inducted into the NFL Hall of Fame?

The most common question now is whether Gore is stationed in Canton, Ohio, and the Pro Football Hall of Fame.

To many, his status as the NFL’s third-leading rusher of all time makes it logical. After leaving Miami and tearing his anterior cruciate ligament twice, Gore became a model of durability who played at least 14 games each season of his career.

Nevertheless, never led the league in rushing and aside from 1,695 yards in his career-best 2006 season, in which he averaged 105.9 yards per game, he never rushed for more than 1,214 yards in a season or 80 yards per game. His career high for touchdown runs was 10 in 2009, but never had double-digit career scoring in any other season. Discreet numbers among the elite of all-time runners

Gore made the playoffs just four times in his career, and three of those times came during San Francisco’s surprising performance in the 2012 season. Super Bowl XLVII, Gore rushed for 319 yards and four touchdowns in three playoff games. In San Francisco’s loss to the Baltimore Ravens in the Mercedes Benz Superdomehad 110 rushing yards and a TD on 19 carries.

Gore overcame myths of the RB position and members of the Hall of Fame as Franco Harris, Marcus Allen, Tony Dorsett, LaDainian Tomlinson and so on until finally eclipsing Barry Sanders, considered by many to be best runner of all timeto take the No. 3 ranking of career rushing leaders, during Week 12 of the 2019 season against the Denver Broncos.

In an NFL world so often uncertain for running backsGore was a constant that continued running, until becoming the number 3 running back of all time in the league.

Loading...
Newer Post
These are the most notorious and controversial divorces in football: is Piqu’s next?
Older Post
Two powerhouses of women’s boxing compete for the world championship in Fresnillo