Franssi, from hockey to football 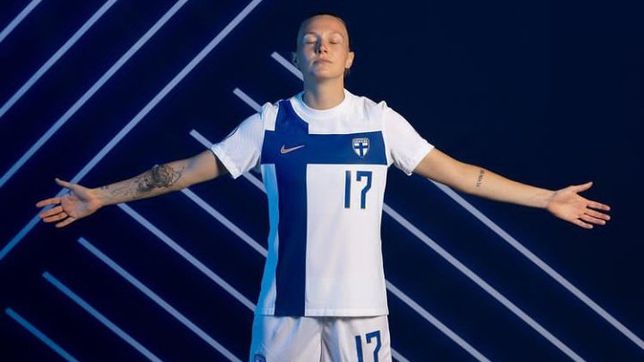 Sanni Maija Franssi (Vaasa, 27 years old) has an athlete inside. She was four years old when she said that she wanted to play soccer. From an ath

Sanni Maija Franssi (Vaasa, 27 years old) has an athlete inside. She was four years old when she said that she wanted to play soccer. From an athletic family, the Finn practiced athletics for years, tried ice hockey and floorball. But she always went around the house with a ball at her feet. Soccer was her passion, her life. And her family supported her: “We did everything possible for them to practice physical activity from an early age. We support something important for the child, ”admitted Johanna Franssi, her mother. Her sisters dance, her brother Santeri Hataka is actually a professional ice hockey player. Last season she made her NHL debut with the United States team San Jose Sharks. And it is not easy to find two sports professionals in the same family. “In our family, the athlete’s life has been every day. It’s not always about having fun, but about hard work,” says Johanna Franssi.

Franssi achieved his goal, although it has not been a bed of roses. “I am proud of Sanni because she has achieved her goal. It has been wonderful to see that he has been able to work for so long, to create his identity and his career as a footballer”. And that he started defense. In the junior and youth teams she was a defender, but Jari Väisänen, one of Franssi’s most influential coaches whom she met at Vantaa Football Club and later at PK-35 Vantaa, decided to turn that fast player into an attacker. So she was born a goalscorer.

The turning point of his career came four years ago. He then played for Juventus where he had a great season. La Vecchia Signora won the league title and she scored ten goals. However, she ended her contract and they did not want to renew it. “It was a bit tough mentally. It was the first time that it was not my decision to stay at the club. It was a big disappointment”, explained the player. A moral blow, but Franssi got up. She went to the Danish league, to Fortuna Hjørring. The Finn won the Cup in her first season and the championship in her second, and Franssi also played in the Champions League. “I got my confidence back. After that, I was ready again for a tougher series.” It was time to face a new challenge.

In San Sebastian, Franssi has found his place. Together with Amaiur, rival this Friday, and Nerea Eizagirre they have put the txuri-urdín in the Champions League. She is the third leg of Natalia Arroyo’s attack. She has found her place and at 27 years old she arrives in her best moment at her first big tournament. Sanni wants to show that he has a lot to give, despite the fact that with Finland he does not have his best numbers: three goals in 57 games.

European football pre-season friendlies 2022-2023: matches and results
Praise rains down on him: the qualities of Manuel Pellegrini that make European football fall in love
This is how the 8th version of the Scotiabank Children’s Soccer National Championship will be played
FOOTBALL 3178