Freddie Roach: “Boxing and Puerto Rico should be very proud of him” 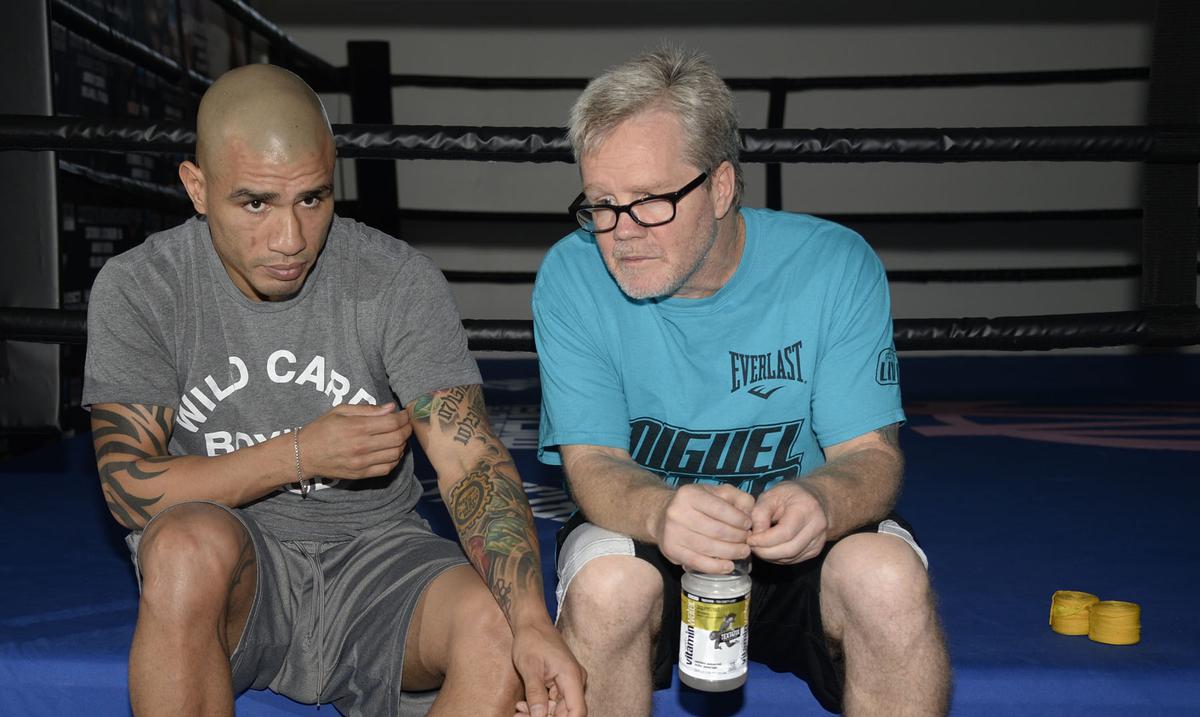 Basket, New York. The sought-after trainer Freddie Roach spends his days in Los Angeles in charge of several fighters, such as the World Boxing Co

Freddie Roach: “Boxing and Puerto Rico should be very proud of him”

However, this weekend he made a brief break to participate in the induction into the Hall of Fame of one of his pupils, the Puerto Rican Miguel Cotto. Roach had no intention of missing the moment for the world.

“I am very happy for Miguel. He deserves this honor. He gave 120% in the gym every day and even more on fight night. Boxing and Puerto Rico should be very proud of him,” said Roach, who was with the multiple world champion from 2013 until he retired in 2017.

“For me it was a great moment when I was inducted (into the Hall of Fame) and having my family there made it even more special. Miguel is part of my family and nothing would stop me from attending his big day, ”added the coach with whom the junior welterweight, welterweight, junior middleweight and middleweight champion accumulated a 4-2 record.

Roach maintained that he never had any doubts that Cotto would be recognized as a boxing immortal. In fact, he indicated that even before working with him, he already had a robust track record that made him worthy of that distinction.

“I never doubted it,” Roach stipulated. “He was already a Hall of Fame fighter before we worked together. He gave Manny (Pacquiao) one of the toughest fights of his career, if not the toughest. Miguel’s boxing resume speaks for itself,” he reiterated.

In addition to Cotto, Roach will also witness the eulogies of Lucia Rijker and James Toney. Rijker is part of the 2020 class, which is the first to recognize female boxers. Meanwhile, Toney is from the class of 2022, as is Cotto.

“I am very proud of both (of Rijker and Toney). James may have been the best pure fighter of his generation. He had so much talent and when he was focused, well, he would turn the lights out on his opponents,” he said of Toney, whose nickname is “Lights Out”.

“I think Lucia was the best ever. She worked hard, she was very talented and she was a great athlete”, she added referring to Rijker.

Finally, the veteran trainer pointed out that one of the greatest honors in his career was when Cotto called him to join his corner.

“Getting the call from Miguel to coach him, after being in the opposite corner with Manny, was the biggest compliment I’ve ever received as a coach. I have a lot of respect for him. Every day we work together, it was always a joy. He is a very special man. A champion inside and outside the ring”, he concluded.

Tags: boxing, miguel cotto, Boxing Hall of Fame
Boxing: Salvi Jimnez and Adrian Rodriguez much more is at stake than a national crown
Boxing: ‘Caco’ Barreto, the boxer from Tenerife who wants to conquer Europe
Devin Haney, from training in Mexico to being trained by Mayweather
BOXING 3197

Loading...
Newer Post
Five fighters from Buenos Aires will represent Veracruz in the National MMA
Older Post
Tickets for the final phase of the Youth Cup are on sale