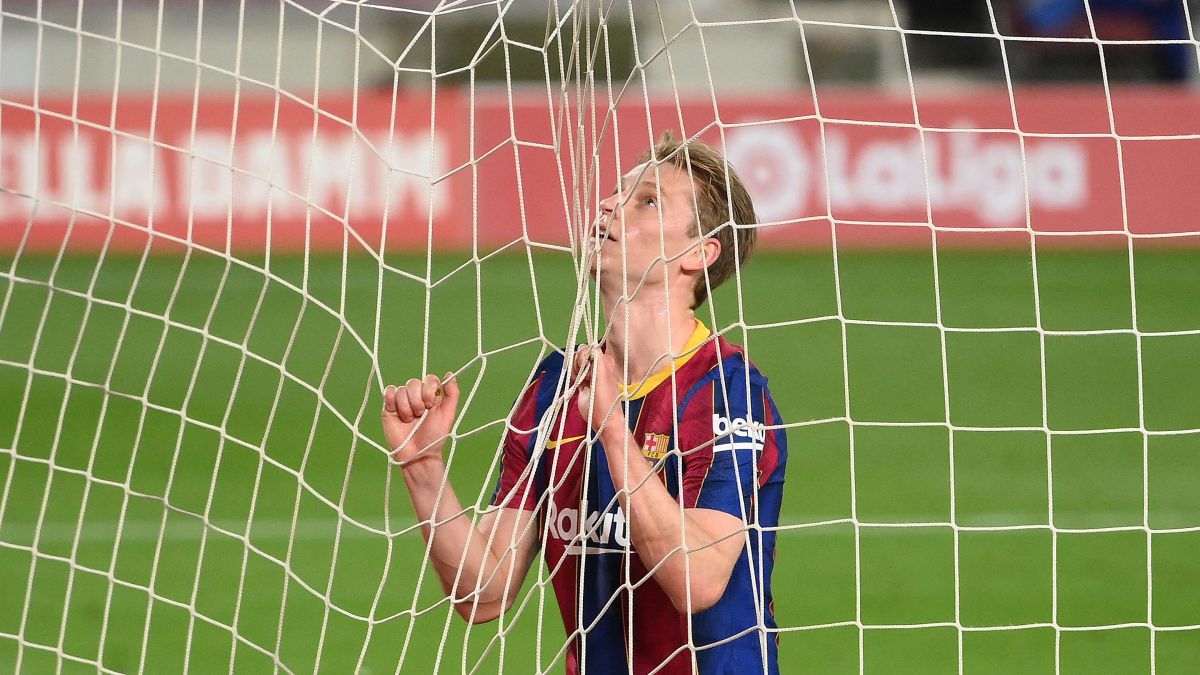 Frenkie de Jong is for sale. This is how José Álvarez, a journalist for El Chiringuito, assures it. According to his information, the club is co

Frenkie de Jong is for sale. This is how José Álvarez, a journalist for El Chiringuito, assures it. According to his information, the club is considering the possibility that there are several interested clubs in the midfielder. Due to his talent, age and room for improvement, they consider that he has a great market value and that his departure could lead to a significant income in the club’s coffers. A necessity in difficult times, in which new arrivals such as Xavi Hernández or Dani Alves have had to give up their salary to help the entity’s viability.

The Dutch midfielder is not having his best season. Despite the fact that Koeman was one of its main supporters, this season physical problems and inconsistency in the team’s game have not helped its progression. Frenkie de Jong, who came from not playing in his position, went on to play the games in his ideal place with Koeman at the helm. For months, he proved to be the great talent he promised at Ajax, but a new downturn has come that has set off the alarms, always according to information from El Chiringuito, to the Blaugrana management.

They certainly have reason to trust a large offer. According to the specialized portal Transfermarkt, Frenkie de Jong costs 90 million euros or, in other words, he is the player with the highest market value in all of LaLiga Santander. With a contract until 2026 and only 24 years, it would not be surprising if colossi on the European continent offered large amounts for Dutch talent.

However, José Álvarez’s information is focused on Barcelona’s economic vision, but it remains to be seen how he adapts to Xavi Hernández’s football. In a video rescued a few months ago of the new Blaugrana coach, it seems that he is a player to his greatest liking: “When they signed him, he made me happy. I wish him luck and he replied that it was an honor. He is a footballer to mark an era in Barcelona“.

Xavi continues: “He is an extraordinary player, he is not afraid to receive the ball in difficult areas, to turn around. He needs time to adapt, it is another culture. It is a big club. Frenkie de Jong is Frenkie de Jong. It has nothing to do with it. neither with me, nor with Iniesta nor with Busquets, he is a very capable footballer, he is going to be the organizer of this generation from the Netherlands. He is very capable of doing it. He has a very good generation and is going to achieve great things“From what it seems, if he manages to adapt to the technician’s orders, there will be no debate. If not, the directive already has another perspective …

National COE raises 30% of capacity in stadiums in Ecuador for soccer championship
When football and Palomos fly hand in hand
Soccer: Pulido-Real Sociedad Bakery in the Cup
FOOTBALL 678