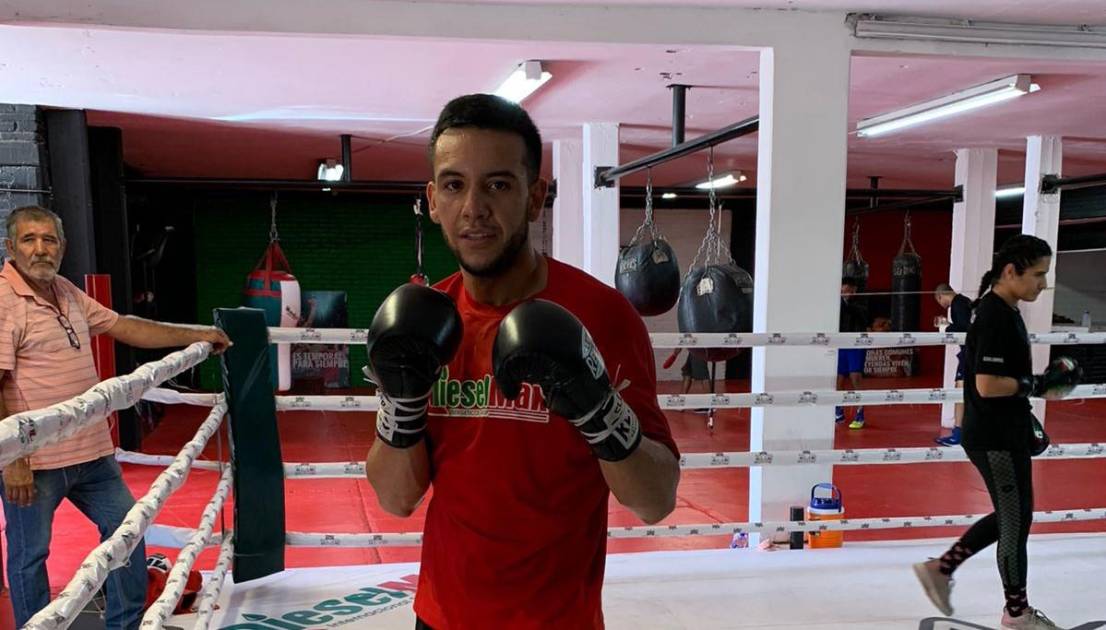 CULIACÁN._ This is the story of Fernando Ruiz del Campo, the Sinaloan who serves as general director of 'Grind Hard Co.', a promoter that, in fusi

CULIACÁN._ This is the story of Fernando Ruiz del Campo, the Sinaloan who serves as general director of ‘Grind Hard Co.’, a promoter that, in fusion with ‘Mexican Style Box’, will perform this July 22 show in Culiacán.

After shining for many years in motocross, where he even became a national champion, Fernando Ruiz del Campo from Sinaloa now has a different role, as he opened his boxing promoter in Guadalajara, Jalisco, which he named ‘Grind Hard Co. ‘ and is part of the boxers of the same.

Fernando Ruiz del Campo is not only the director of the promoter, he is also part of one of the boxing talents and this July 22 he will have his second fight as a professional in Culiacán, when his promoter, in a merger with ‘Mexican Style Box’, take performed the ‘Mexican Style Box’ function at the Juan S. Millán Sports Center.

“I started boxing with a cousin a long time ago, we were about 7 years old and we wanted to fight amateurishly, but our parents wouldn’t let us. Since we didn’t have permission to practice boxing; We decided to practice soccer and then we started on the motorcycle wave.

“In motocross I became a national champion in the 85 N-1 category and my brother became a Latin American champion. Now we both jump into boxing. This started as a hobby and right now I am going for my second professional fight, I am very happy with what I have achieved in boxing, since I have personally achieved goals such as losing weight and more than anything in the discipline, “he said.

The man from Sinaloa details how he came to boxing, to the point of opening his own promotion and being part of it as a boxer.

“First of all I started training, I started sparring and supporting other boxers. Those same boxers that I support pushed me to make my first professional fight, and now I am innovating with my own promoter, which I name ‘Grind Hard’ and I am in collaboration with ‘Mexican Style Box’.

“I hope to go far with the promoter, since we have good prospects, especially two fighters who are at a very good level, one of them is Gabriel Gollaz who fought in the role of Canelo-Bivol as co-star, and Jonathan ‘Perita’ Escobedo, who will be stellar this July 22 in Culiacán. ‘Perita’ is handled by Don ‘Chepo’ Reynoso, who will be a guest for this Friday’s show, and has already confirmed his attendance”.

The culichi, 25 years old, talks about the merger with “Mexican Style Box” to carry out the show this July 22 in the capital of Sinaloa.

“This collaboration occurs because I live in Guadalajara, and every time I came to Culiacán I trained at the Emboxgym gym, which belongs to the promoters of ‘Mexican Style Box’. There I became friends with ‘Wero’, owner of the promoter, and I began to talk to him about my projects. I proposed to him to do a function in collaboration, he accepted and we are on it, we want to start doing the best events in Culiacán in boxing, this year we will do three more, two of them already confirmed in Culiacán”.

Fernando Ruiz del Campo (1-0-0) will be part of the ‘Mexican Style Box’ show where he will be facing Francisco Brindis Galdamez, who is originally from Monterrey. About his rival, the Sinaloan said the following.

“I have been preparing very well, I have been preparing for a month and a half with everything that entails (sparring, food, running, training, swimming, diets) I have no excuses. I don’t know my rival, I know he’s from Monterrey, but we’re going to give it our all, we’ll see how it goes. I tell him to get ready, because I did, the shot will be good, ”he concluded.

Tickets for this function can be purchased from Monday, July 18, having as points of sale the Juan S. Millán Sports Center and the Emboxgym gym, in the Las Quintas neighborhood, or by calling 6673 50 75 88 or message to Instagram @stylemexicanobox.

Tags: Fernando Ruiz del Campo
Canelo Álvarez: Who are the members of the Canelo Team? VIDEO
Human punching bag let people punch it to relieve stress
Erik “Terrible” Morales reveals: This was the cause of his son’s death
BOXING 3569