From Bizarrap in NBA 2K22 to Paga Dios in CA7RIEL and Paco Amoroso | The #Hashtags of NO | New music and the best to watch, read, play, try and learn 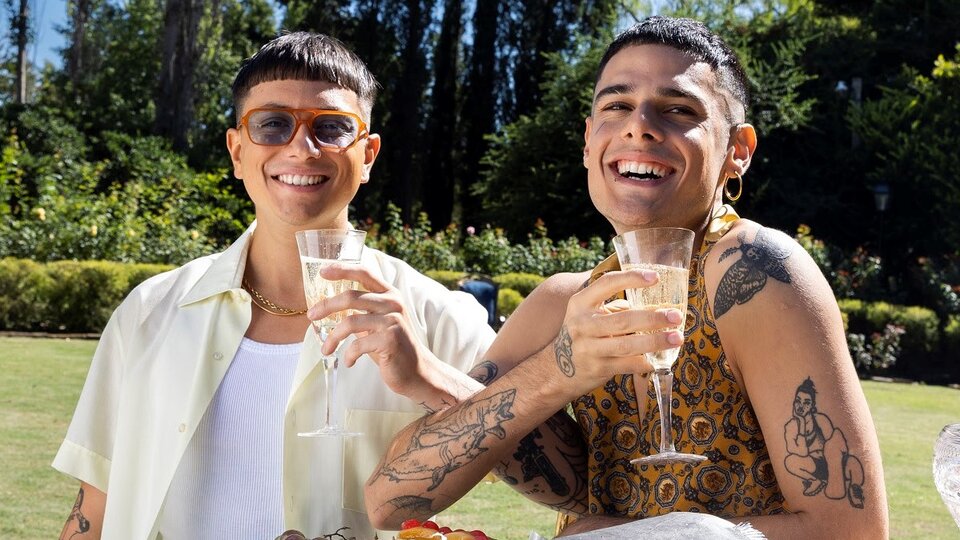 #HacelaSimple The songs first. Prior to his departure to the Lollapalooza court, Louta opened his year with the simple Guaracha; and those from L

#HacelaSimple The songs first. Prior to his departure to the Lollapalooza court, Louta opened his year with the simple Guaracha; and those from Limón (2332, with indie inspiration and production by El Príncipe Idiota), from Mendoza’s Lauti Vera (Sensaciones), from Martina Lanzaro (Etiquetas), from NTSC (Eventualidad), from Ekhtronic ( I’m So Into You), by Vueltas (South) and by the actress and performer Guada Manent (For better or for worse).

#JoystickDivision Bizarrap came to the NBA, or at least the NBA 2K22 game, with several of its BZRP Music Sessions added to its soundtrack and the producer made into a playable character. On the other hand, Apex Legends opened pre-registration for its mobile version, which will launch in the coming months. And the Furious Gaming clan celebrates its first decade with a video that goes through the highlights of these first 10 years.

#AnyoneYouCanGoogle Click with an arrow: 20 years after the first appearance of a gay couple on Cupid, the classic dating show broadcast by Much Music, a free talk will be released on 3/20 at 9:00 p.m. at El Cultural San Martín, with Lichi as moderator and the presence of the conductor of the cycle, Franco Torchia, and the original participants, Armando Rosales and Matías Rivero. Click on tables: an influencer, a domestic worker, a cameraman and an evangelical pastor cross paths in 32 weeks, the play by Pedro Gundesen with the lead role of Bimbo that has performances on Tuesdays at the Picadero Theater. Clic verde: the workshop Posthumanism in environmentalism with young people proposes a tour for pibxs through the Costanera Sur Ecological Reserve, on 3/19 at 4:30 p.m. Clic con coreo: the Prodanza subsidy program opens its call for casts, venues, dance organizations and choreographers (until 3/24).

#VideosConCrema Ancestral fabrics, open spaces and alternatives to the world of the cis male are shared between the new video clips of Paloma del Cerro (Suéltalo, with femitribalism in green space, a body of dancers and directed by Belén Asad) and the Jujuy performer Baby Yors (Freak Out the People, with queer devil choreography and inspiration in the Humahuacan carnival). In addition, CA7RIEL and Paco Amoroso met again for their “second season” of songs, and cut the Paga Dios clip; Dat García faced a dark allegation of impact and female crucifixion in Burka; Lula Miranda and G Sony put together a fantasy of a mansion, pool, lawn and drone for Vuelve; and Jero Jones used the backstage, seats and central avenues of CABA for Pedro Raúl’s funky flashing.

#Screenshots The old trick of watching shows without leaving home: The Butterfly Plan captured its debut at the Obras stadium last year with the live audiovisual Trascenlace (live in Obras), which is uploaded to YouTube and includes 33 songs. If robotics is your thing, watch out for the documentary Más que robots, which follows four youth teams from Mexico, the United States, China and Japan who, with limited resources, design their own droids for a competition (18/3, Star+) . Also in documentary plan, a new installment of the Bios saga comes out. Lives that marked yours, dedicated to Colombian icons Aterciopelados (3/18, Star+).