From bricklayer to boxer: who is Gustavo Lemos, the new Argentine hope 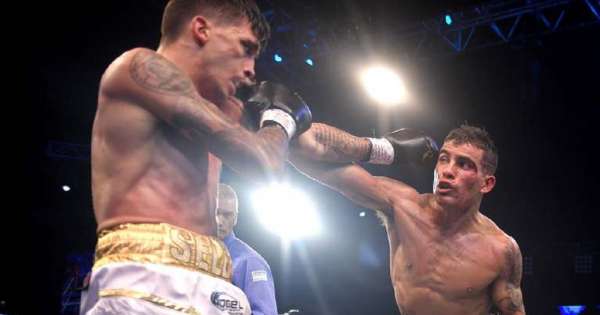 The boxer from Buenos Aires, Gustavo Lemos, had the best fight of his career last night and thus won the chance to fight for the IBF lightweight wo

The boxer from Buenos Aires, Gustavo Lemos, had the best fight of his career last night and thus won the chance to fight for the IBF lightweight world title after beating the Frenchman Lee Selby by technical KO, in five rounds, in the fight played at the famous Luna Park, a conquest that revitalizes Argentine boxing in a lean time for this sport.

Lemos’ victory came as a balm for national boxing, since it came hours after the harsh defeat suffered in Dubai by the greatest hope of Argentine boxing, Agustin Gauto, knocked out in just two rounds by the unknown Filipino Meil ​​Fajardo.

The boxer born and resident in Tres Arroyos completed a demolition task against a former world champion like Selby, who even in the final part of his career is still a top-level boxer, and that is why he more than won the World Cup chance, although he still there is no telling when he will be able to fight for her.

His rival should be the undefeated George Kambosos, who dethroned a top boxer like the American Tefimo López and won not only the IBF crown but also the WBA and WBO titles, but it is very likely that the fight will not take place in the short term, since it is almost a fact that the Australian will make a unification fight with the WBC champion, the American Devin Haney.

George Kambosos should be his rival for the world title.

Nor should it be ruled out that the title remains vacant and Lemos will have to face one of the first in the IBF ranking, among whom there are fighters of the stature of the Ukrainian Vasyl Lomachenko (currently fighting in his country) or the Mexican Isaac Cruz.

The lightweight category is today one of the best in world boxing because box-office figures such as the Americans Gervonta Davis, Ryan García and Tefimo López himself, eager for a rematch with Kambosos, are also scored, and this can be an obstacle on the road. de Lemos, who is not an internationally known boxer and does not guarantee the sale of subscriptions for television.

But one thing is the business of boxing and another is strictly sports, and in this area Lemos showed that he is ready for the big leagues and to cross paths with the best 135-pounders.

Before Selby he looked in impeccable physical and mental condition, and had the extra motivation of fighting in a stage like Luna Park, which is a Mecca for any Argentine boxer.

See: Madness in Concepción: Canapino took off his mufa with a categorical triumph

From bricklayer to being the new hope

Like so many other Argentine boxers, his story is that of a kid who through effort made a place for himself in a profession as tough as boxing.

He started working as a bricklayer at the age of 12, left school because he had to help his humble family and found in boxing a path to a more comfortable life.

Led by his father and his trainer, Pedro Alem, he rounded off an excellent campaign as an amateur, with 34 victories in 35 fights, for which he jumped to professionalism in 2016, at the age of 20, to build a magnificent record of 28 victories ( 18 before the limit), which includes titles such as youth world champion and current super lightweight Latin champion, in addition to having been the Latin lightweight monarch.

Argentine boxing yearns for a few moments of glory and today it can hardly show a solid monarch like Brian Castao, an amazing champion like Fernando Martínez and the desire to be crowned again by Maravilla Martínez at 47 years old. And in Gustavo Lemos lies the hope of a better future.