From crack in soccer to irresponsible dad! They sue Eto’o for more than 72 thousand euros 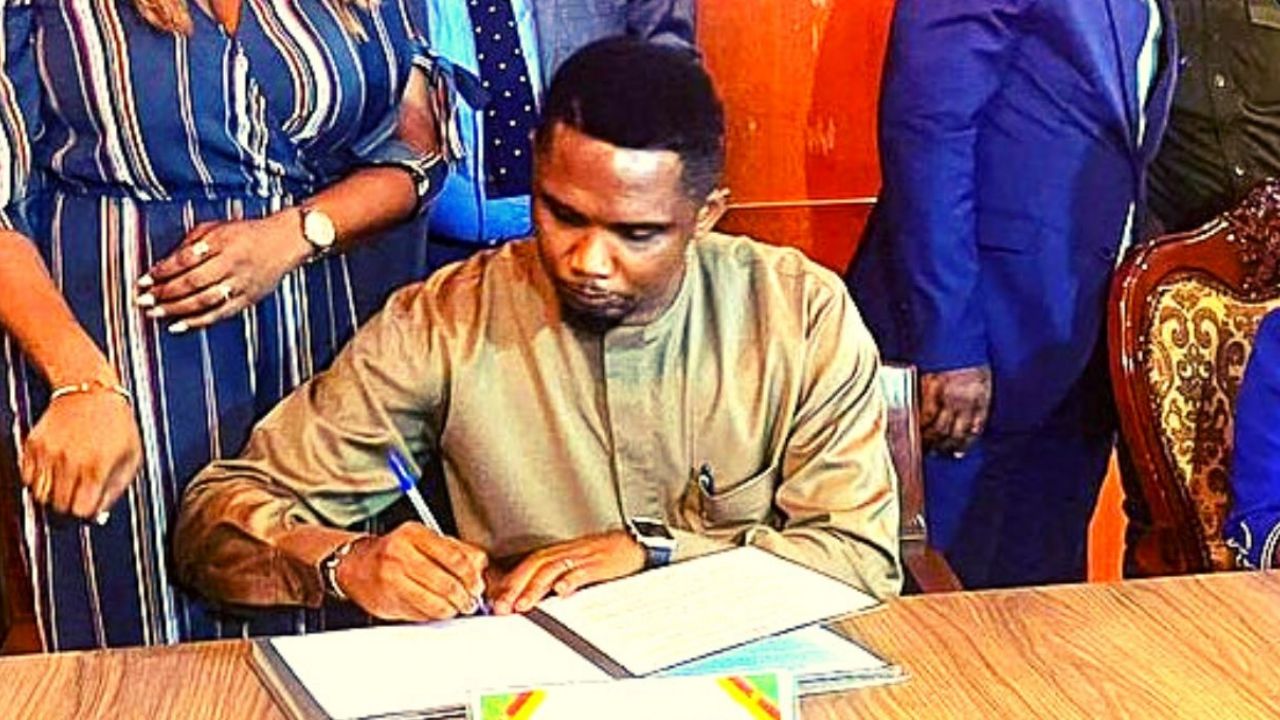 The Cameroonian Samuel Eto'o, During his time as a professional soccer player, he won many titles and gained great prestige for his goalscoring in

The Cameroonian Samuel Eto’o, During his time as a professional soccer player, he won many titles and gained great prestige for his goalscoring instinct. However, now his life has taken an unexpected turn, since he has a demand against her and runs the risk of going to jail if she is not attended to.

According to Fernando Osunalawyer of the former soccer player, the Cameroonian was sued by his daughter, Erika Do Rosario Nieves, who demands the payment of his alimony equivalent to one million four hundred thousand Mexican pesos (72 thousand euros).

YOU MAY BE INTERESTED: “The Olympics have helped create stars of the future,” says Samuel Eto”o

Samuel Eto’o is a recognized figure in his country. Photo: Instagram @samueletoo

Along the same lines, the attorney for Samuel Eto’o, He assured that in the event that the former Barcelona striker does not issue any response to the demand, could be sentenced to prison.

He also revealed that Erika Do Rosario Nieves He sued his father because he was late with the payment of two years of his child support, so he sought legal means to recover the money that was not given to him.

YOU MAY BE INTERESTED: Soccer players who debuted before the age of 18 with the National Team

Eto’o was a teammate of Ronaldinho and Messi at Barcelona. Photo: Instagram @samueletoo

The sues Samuel Eto’o As the days go by, it gains more strength and if the Cameroonian continues without reaching an agreement with his daughter, Fernando Osuna said it can be “convicted of a crime of non-payment of alimony”.

The problem you are going through Samuel Eto’o It is not new, since in 2018 Erika Do Rosario He sued the footballer for the first time, but so that he recognized her as his daughter.

YOU MAY BE INTERESTED: “Messi played with me, I didn’t play with Messi”, reiterates Samuel Eto’o

Meanwhile, the young woman’s mother revealed that in 1998 she told Samuel Eto’o that she was pregnant by him and that at the time the same soccer player told him that “I would act responsibly towards the common child, although I would prefer that she not have the child.”

After the baby was born, the mother of Erika tried to contact Eto’o, but he never got a response from the soccer player, so he looked for his own means to get his daughter forward.

It should be noted that Erika Do Rosario Nieves was born in 1999 at the Fundación Alarcón hospital in Madrid, in that year, Samuel Eto’o He was a footballer for RCD Espanyol.

Tags: Samuel Etho
REAL SOCIETY | From Pedro: “If football is fair, Real must win another League”
Messi and the legends of football at the age of 35 – The preview
Haaland waits for Real Madrid
FOOTBALL 3120

Loading...
Newer Post
Juan Herrera Marrufo the champion who left the ring for a scam
Older Post
Venezuela hours away from having a new World Boxing Champion | Other Sports 123