From Pau Gasol to Calderon 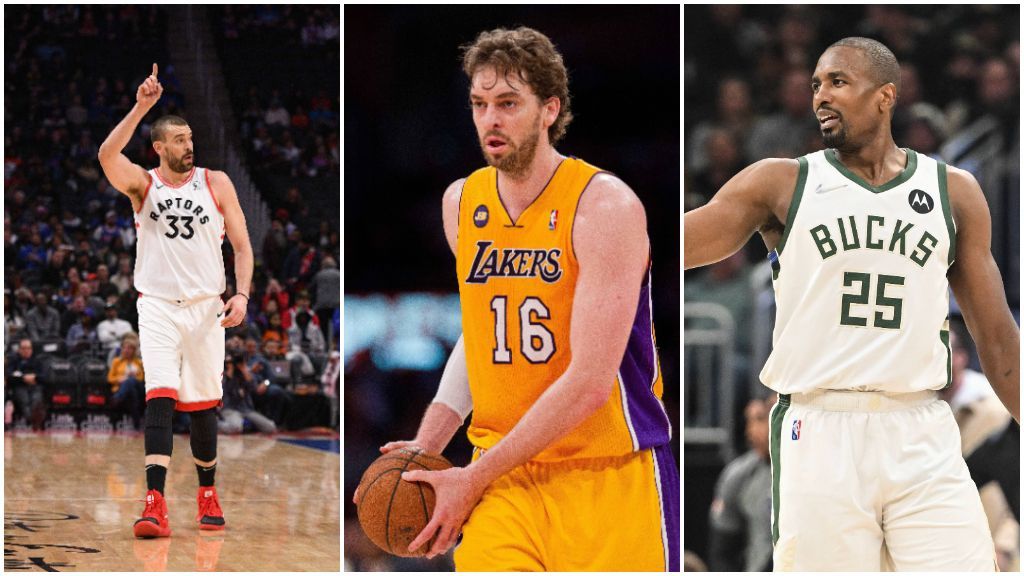 Throughout the history of Spanish basketball, a total of 18 players have played in the NBA. With Ferdinand Martin as a pioneer and Aldama and Garu

From Pau Gasol to Calderon

Throughout the history of Spanish basketball, a total of 18 players have played in the NBA. With Ferdinand Martin as a pioneer and Aldama and Garuba Like the latest additions, the Spanish have created a path of great success in the best league in the world. Their careers have been very different from each other and therefore their respective salaries obtained. These have been the ten Spanish players who have earned the most money in their years playing in the NBA.

The Spanish center played for 18 seasons in the NBA achieving two NBA rings with the Los Angeles Lakers. Being six times All-Star and rookie of the year in the 2001/02 season, Pau Gasol earned a total of 225 million dollars throughout his NBA career. This figure places him in the highest box in this section.

Marc Gasol occupies the second position of this ranking. The 185 million dollars earned from him in his thirteen seasons in the NBA positions him as a player with great individual and collective successes. In his locker he has an NBA ring, a defender of the year award and three All-Stars. He is currently playing in the Basketball Girona.

The podium is completed by Serge Ibaka. The Spaniard, currently a player for the Michigan Bucks, has won $139 million after playing for five different teams. The year after winning the ring, Ibaka earned a total of 23 million in the 2019/20 season. An economic amount that will continue to grow.

At 31 years old, Ricky Rubio has earned a total of 122 million dollars in 11 seasons in the NBA. His salary has been around 14 million on average during his career but this year he has signed a three-year, 18 million contract with the Cleveland Cavaliers.

The man from Extremadura has achieved a total of 85 million dollars in his 14 years in the NBA. Their 8.9 points and 5.8 assists on average during his career he is treasured as an always useful player within the franchises he has played for. Today he works as adviser for the Cleveland Cavaliers.

The FC Barcelona player has managed to accumulate a total of 41 million in his five years in the NBA. After playing for the Bulls, Pelicans and Bucks, the Spaniard would end his North American adventure and return to Europe. Even so, he is placed sixth in this ranking.

The youngest of the Hernangómez has already won 21 million in six seasons in the NBA. His path has had many teams but there is no doubt that at 26 years old he has many years left in the best league in the world.

The also FC Barcelona player played three seasons in the Oklahoma City Thunder where he earned 15 million dollars. For personal reasons he decided to end his career in the NBA but at 29 years old

In his two tours in the NBA, the Canarian point guard earned 12.6 million playing for the Blazers, Kings, Knicks and Sixers. This summer he has signed again for Real Madrid basketball team.

The president of the Spanish Basketball Federation earned 12.1 million in his two years playing for the Toronto Raptors.

Tags: Spanish people, history, NBA
Devin Haney, the boxer who was forged in a Tijuana bar
Girona makes history on the same night with football and basketball
the Marist who founded one of the most important football teams in Europe
NBA 3530