From the ring to the street, the JDGs host the boxing exhibition – 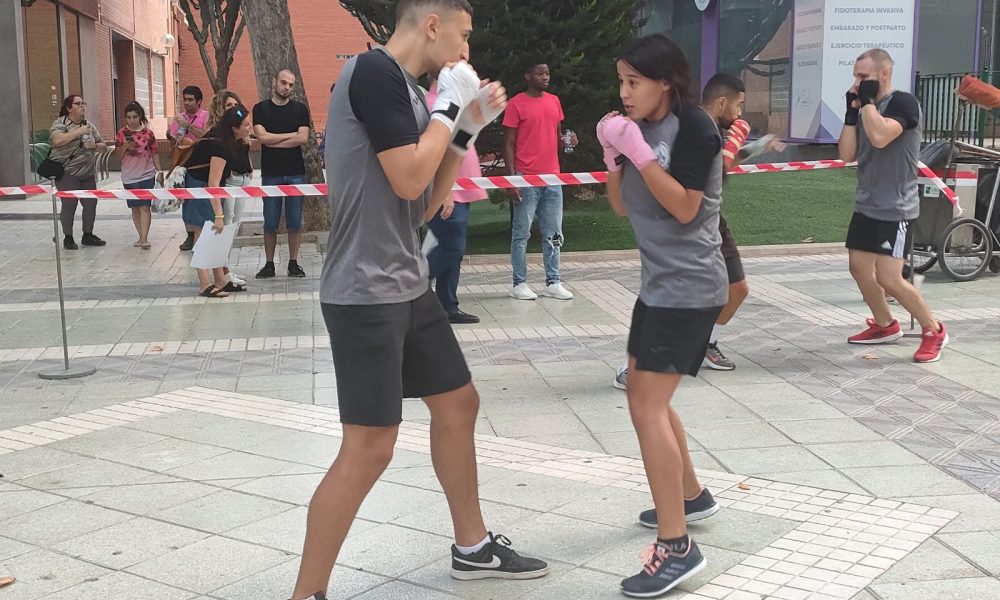 Twenty boxers train and fight live in the Alameda de la Constitución, attracting the attention of passers-byThe 43rd edition of the Guadalentín Spo

The 43rd edition of the Guadalentín Sports Games has brought boxing to the streets with the Los Álamos de Lorca Boxing Club in an exhibition that yesterday afternoon, Thursday, has brought together twenty regular boxers and some passer-by who have wanted to try .

For just over an hour, the participants have carried out a round of training to later carry out small combats in front of the spectators who have gathered in the Alameda de la Constitución.

Among the boxers, of different ages, the one who was champion of Spain in 2019, Fátima Zahrae, has drawn attention. Some other little one who walked with his parents has also wanted to imitate the most experienced boxers, doing the foot dance and coordinating the usual arm movement to protect his face and chest.

The objective of this activity is to make boxing known and thus contribute to breaking the stereotype of violent sports discipline. Those who practice it emphasize that it is a sport that implies courage, discipline, effort, perseverance, physical fitness, equality and emotional control.

The complete and updated calendar of the 43rd edition of the JDG, as well as the description and participation bases of the different tests can be consulted on the website www.deportes.lorca.es

Sajab Gharibi, ‘Iranian Hulk’, ridiculous in his boxing match
They made the Tribute for Boxer’s Day – Sports
Boxers from “Gloves with a Cause” make it to the scales
BOXING 4154