Frontenis and football take over Canals 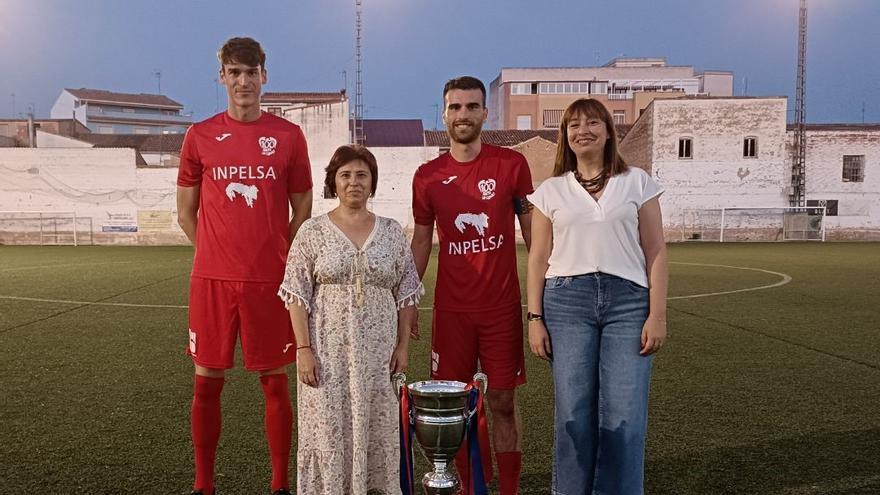 Canals experienced an intense sports weekendwith the competitions Frontennis Trophy and to Llimoner football trophywhich captured the attention of neighbors and visitors, and filled the sports venues where they were held.

The historic Trofeu Llimoner returned after two years of absence due to the pandemicand did so with an interesting match between the UD Canals and Manises CFtwo teams from the Preferential category, although from different groups -Manises in group 2 and Canals in group 3-, so the match allowed the two teams to measure their strength against a rival from the same league and check the pace and level of the squad for next season.

The victory went to the visitors, who won 1-4, so the 2022 Llimoner Trophy went to Manises. The meeting was attended by the Mayor of Canals, Mai Castells, and the Councilor for Esports, Isabel Real.

The sporting events continued over the weekend at Canals with the XXIV Trofeu Frontennis Fira de Setembre, the event that opened the sports program of the summer festivities of the town. The competition began on Friday and lasted until Sunday, with the final, won by the couple formed by Jorge Segarra and Richard Herrera. Segarra and Herrera were proclaimed champions after beating Ángel Barranco and Rubén Moreno in the final, who were thus runners-up. Third place went to the couple formed by Carlos García and Sergio Micó and Álex Pedrós and Emilio Marín were fourth.

The competition began on Friday at the municipal sports center, with the participation of 16 couples, organized into four groups. After concluding this first phase of the tournament, the first two classified couples from each group played the quarterfinals, while the rest played the consolation draw. Last Saturday the quarter and semifinal matches took place, while on Sunday the grand final was played. In the consolation draw, Carlos Albert and Micky played against Jorge Madrid and Enrique Soriano, with victory for the latter. The tournament was attended by the Esports councilor, Isabel Real, who participated in the trophy delivery.

Tags: channels, Soccer, take over
Bono, in the spotlight of European football
‘They play football very well, they are intense’
This is how the table was left with Talleres as the absolute leader, River on the prowl and Boca that is approaching
FOOTBALL 3676