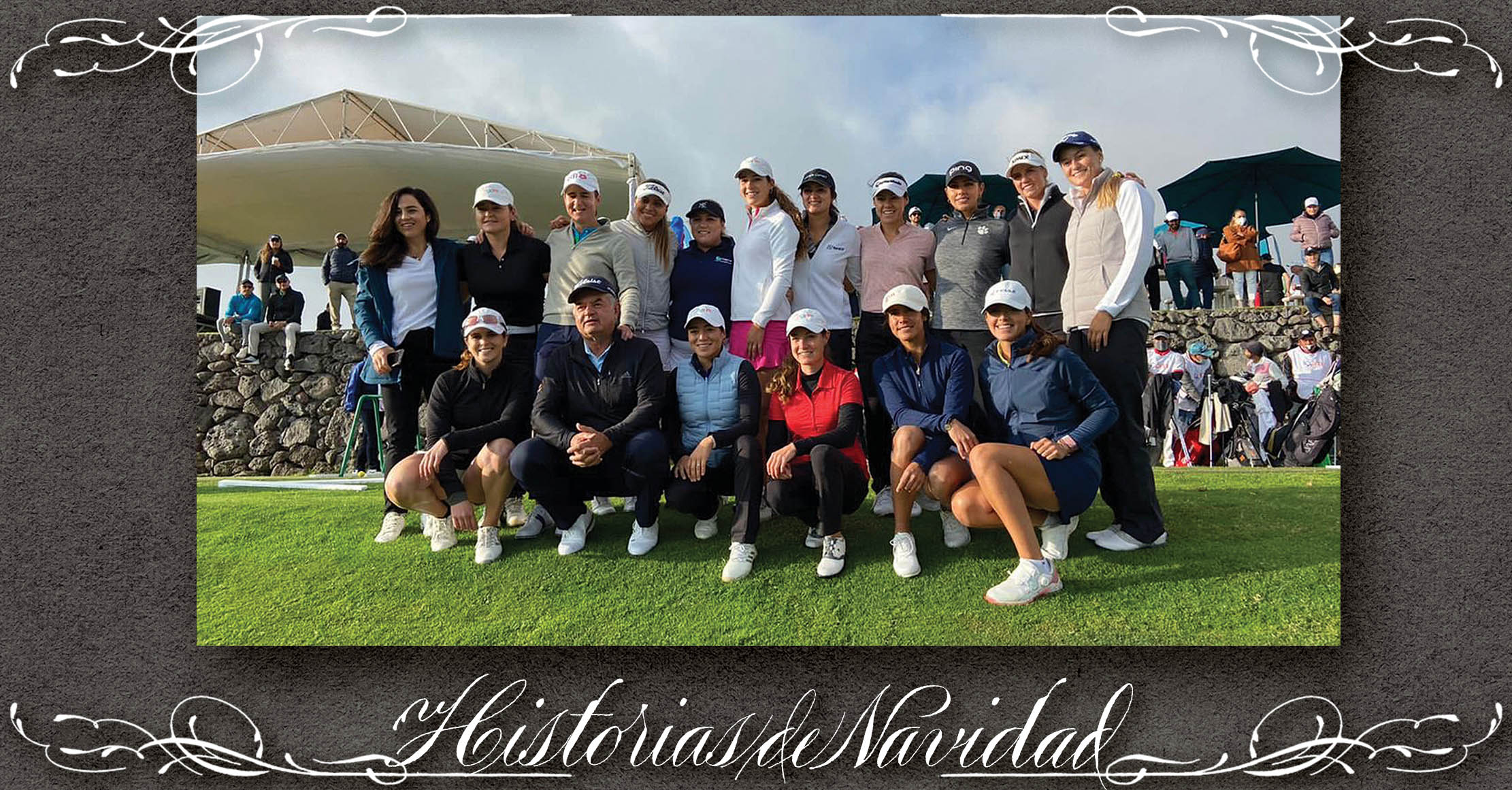 This time of year is characterized by the feeling of giving without receiving anything in return, of performing acts for the benefit of others, ei

This time of year is characterized by the feeling of giving without receiving anything in return, of performing acts for the benefit of others, either with gifts in our family or, in some cases, supporting foundations or people who, non profit, promote the development of others.

One of these foundations is Promoting Mexican Professional Golf (IGPM), an association dedicated to supporting young mexican golfers on its way to professionalism, with the clear objective of positioning our country as the hotbed Worldwide.

Little by little, with the help of entrepreneurs and the former world number 1 Lorena ochoa, IGPM, emerged 13 years ago as an idea of ​​two women in Nuevo León, Rosalba Papacostas and Marina Villasana, has had good results.

Throughout this time it has been possible to support athletes such as Gaby lopez, currently in the LPGA Tour and who has already been to two Olympic Games, first with Alejandra Llaneza (Rio 2016) and in Tokyo 2020 with Maria Fassi, runner-up of the Augusta National Women’s Amateur in 2019. Both also belong to IGPM.

In an interview for Reporte Indigo, the general director of the foundation, Lili alvarez, ensures that this is the new consciousness in Mexican sports, a new way of really working as a team, where the number 1 player at that time is the spearhead for the emerging talent.

For Álvarez, Promoting Mexican Professional Golf perfectly represents what it means to be a Mexican woman:

“There is something in this country with women, they are very talented and inspire other people, it is very exciting to see a Gaby López carrying the Mexican flag at the Olympic Games, also Maria Fernanda Villegas break the field record in the Symetra Tour. It makes us excited about the future of sport in our country, showing that we are capable of achieving everything we set out to do in life ”, Álvarez declared.

Papacostas and Villasana coined a project that was not only based on financial support for female golfers, but also that was empathetic and supportive on the part of the foundation and the sponsors.

“It arose from a group of women who, no matter what, got up from 5 in the morning to set up a golf course to support new talent and leaving in our country a precedent of how to support the sport from high performance”Declared Álvarez.

At a time when inclusion has become a priority issue, Álvarez pointed out that all this energy is in favor of women, in the search for equity, is something that motivates them to continue day by day, because despite the fact that it is a project in favor of women, it is supported by a group of men and women who “put a little more spotlight on a sport that she had earned her place with Lorena Ochoa and now focuses on the new generations”.

“We are in love with what we do and we know that if it is in our position to be able to help someone fulfill their dreams, we will. Imagine that you are an entrepreneur and from day 1 the 14 most important entrepreneurs in the industry help you, supporting you, managing you and answering all your questions to know what to do step by step, supporting you at all times, that is the magic of IGPM ”, he pointed his CEO.

Although his popularity in our country it has grown little by little, golf is still considered a sport not very accessible to practice in an amateur or professional way; However, there are more options to practice it, even in a free.

“This has been changing very slowly, but at least we are making progress a bit, we are observing some initiatives who seek to change this question. For example, what they do in the community of The wonders in Cuautla, Morelos, where the entire town, especially the children, are learning to play golf.

“Great efforts are being made to change this stigma and although we would like to have driving ranges really free for everyone in all states of the Mexican Republic, we have observed that the option has been opened, “he said.

Álvarez advised people who want to start golf, to investigate in their locality which is the best option for them and to have a cane that can be acquired second-hand or, even, in some practice places they lend them to start having contact with him sport.

“If they need any kind of help, they find us on our social networks as @IGPMGolf and there we can guide them on how to start practice The golf. There is also an initiative in Santa Fe with some free practice places attended by children, ”he declared.

One of the things that is done the most when the years end, is to recount what we do and plan for it. Next future. Sport, specifically golf, can be a good option, especially if it is helping someone else achieve their dreams.

“I believe that there is no greater wealth than to contribute so that someone can fulfill their dreams, and infect them with the same when they are in the same position of being able to give back by supporting others. When we consciously help others, waves are generated that infect others and in the end you realize that when you give, you receive much more in return ”, Álvarez concludes.

You can also read: Golfers glimpse a medal at the Tokyo Olympics

Loading...
Newer Post
Coronavirus wreaks havoc in NBA duels for Christmas
Older Post
Humberto Suazo is in the details of returning to play in Chilean soccer