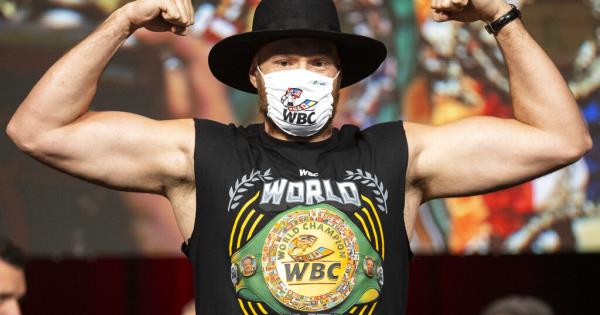 Tyson Fury decided to "walk away" from boxing, just three days after he announced his return to the sport.The British boxer, who turns 34 on Frid

Tyson Fury decided to “walk away” from boxing, just three days after he announced his return to the sport.

The British boxer, who turns 34 on Friday, posted a message on social media saying: “Thank you so much to everyone who has contributed to my career over the years and after long conversations (finally) decided to walk away and on my 34th birthday I say Have a good trip”.

Apparently with this Fury returns to retirement after announcing on Tuesday that he would return to boxing to face Derek Chisora, his fellow Brit who won twice.

This announcement led to speculation that Fury, the reigning World Boxing Council heavyweight champion, was seeking title unification with the winner of the August 20 bout in Saudi Arabia between reigning WBA champion Oleksandr Usyk, IBF and WBO, and Anthony Joshua.

Fury gave no reason for his change of heart.

The undefeated Fury indicated after his Wembley Stadium win over Dillian Whyte in April that he was retiring from the sport.

Loading...
Newer Post
It’s not Formula 1: Max Verstappen referred to the most dangerous activity of all
Older Post
UFC San Diego 2022: Loopy Godinez: “This trip has been super nice, people know my name and I love fighting”