G League has 21 representatives in the NBA Finals 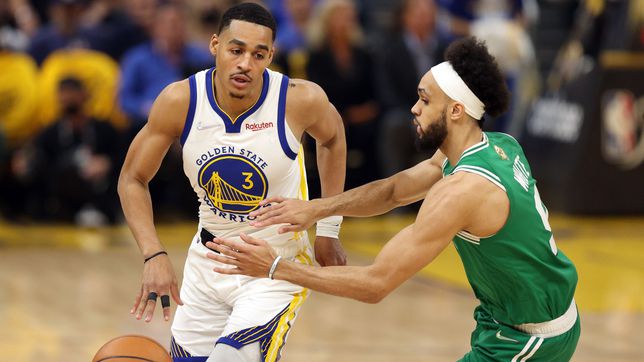 The NBA has made a strong commitment to promoting the G League and since the Toronto Raptors championship in the 2018-19 campaign, it has given goo

G League has 21 representatives in the NBA Finals

The NBA has made a strong commitment to promoting the G League and since the Toronto Raptors championship in the 2018-19 campaign, it has given good results. Now, the Finals of the 2021-22 season face the Golden State Warriors and the Boston Celtics, both of which have a good number of former members of the development league.

The Celtics have 11 players on their roster who have participated in the G League, while the Warriors have 10. Of those, only 17 are on both teams’ active NBA Finals rosters.

YOU MAY BE INTERESTED: Dominican Horford, hero of Game 1 of the NBA Finals

Marcus Smart and Robert Williams III are two of five Celtics starters with G League experience. Both point guard and center were in the developmental league with the Maine Red Claws (now Celtics) during their rookie, 2014 and 2018 seasons, respectively.

Derrick White, acquired by Boston in a trade with the San Antonio Spurs, played in the G League with the Austin Spurs during his first season out of college, 2017-18.

Aaron Nesmith (Maine Celtics) was the Celtics’ first round pick in the 2020 Draft and due to the COVID-19 contingency and various injuries he was an important part of the rotation in his rookie year. It wasn’t until this season that he was assigned to the Maine Celtics to get back on track.

The case of Brodric Thomas (Rio Grande Valley Vippers, Canton Charge and Maine Celtics) and Matt Ryan (Grand Rapids Gold and Maine Celtics) is special in that as players on a two-way contract they are not eligible to play in the playoffs.

Ten of the Warriors

The Warriors have used their affiliate in Santa Cruz to give playing time to their first-round draft picks for the past eight years like centers Kevon Looney (2015) and James Wiseman (2020) and guards Jordan Poole. (2019) and Moses Moody (2021).

Jonathan Kuminga is a success story for one of the NBA’s new initiatives in the G League. The Congolese was part of the first group of players who made the leap from high school to the development league with the G League Ignite and were drafted in the NBA Draft, along with Jalen Green and Isaiah Todd.

Damion Lee, the brother-in-law of Stephen Curry, began his G League career during the 2016-2017 season as a member of the Boston affiliate Maine Red Claws and also has experience with the Santa Cruz Warriors.

After passing through Mexican basketball, Juan Toscano-Anderson was able to approach the NBA thanks to the Santa Cruz Warriors having a local tryout in 2018 and making enough merits to stay on the squad. A year and a half later he signed a three-year contract with the Golden State team and is now the first Mexican basketball player to play in the NBA Finals.

Gary Payton II, the son of ‘The Glove’, has not had an easy path in the NBA. Since 2016, he has chipped away with the Rio Grande Valley Vipers, Wisconsin Herd, South Bay Lakers, Capital City Go-Go and the 905 Raptors to make a name for himself in the league.

The triple 2,000 in LeBron James’ NBA career
NBA PlayOffs 2022: Antetokounmpo storms the Garden and the Bucks regain field factor
Harden, Morant, Lakers and the absentees from the NBA’s 75 best list in history
NBA 2885

Loading...
Newer Post
Germany Praise Gnabry: “I know 100% where I would go from Madrid…”
Older Post
“I am going to beat the Mexican by knockout and in the first round”