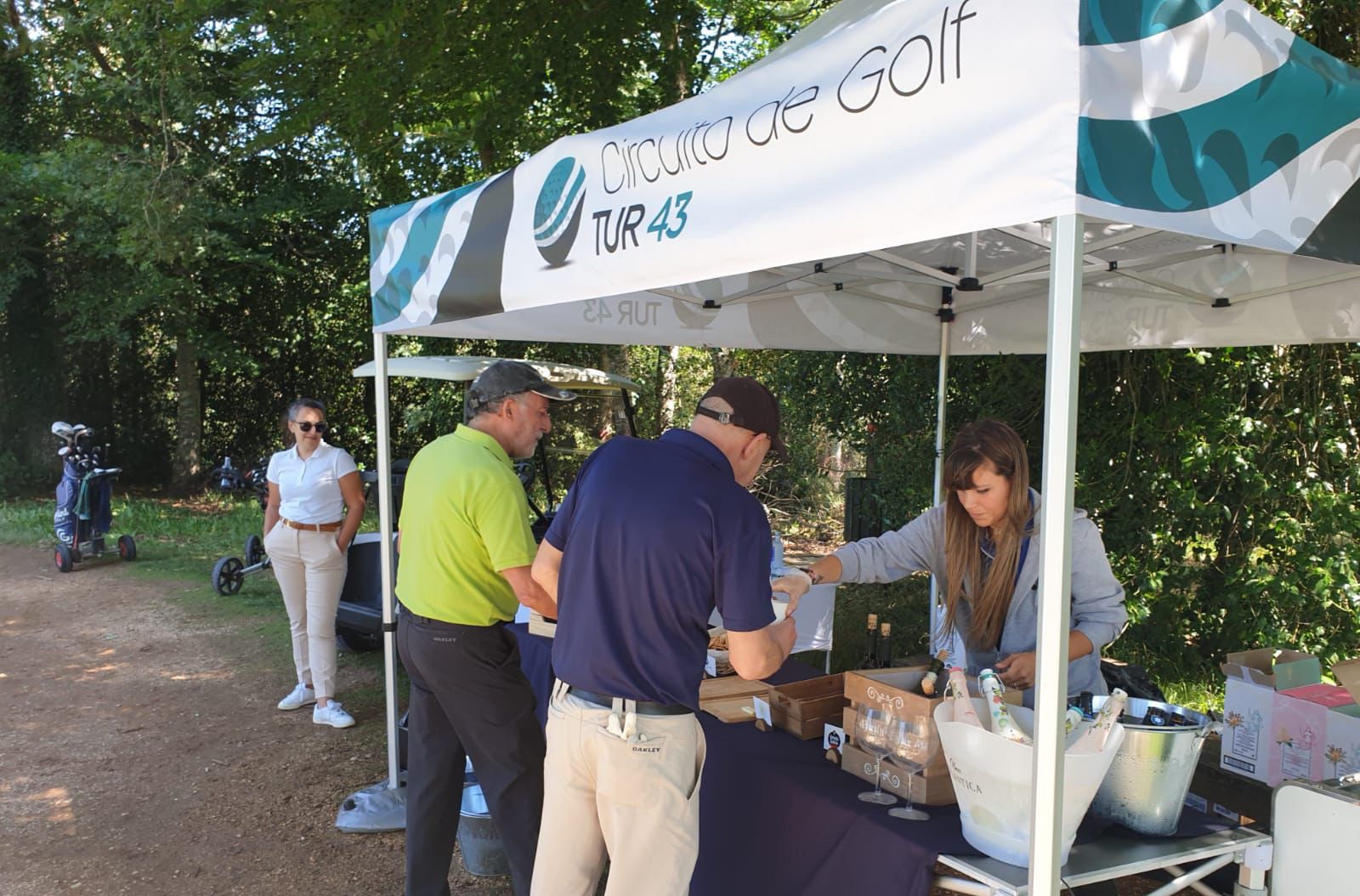 One of the signs of identity of Golf Circuit TUR 43 is that it not only encourages sport practice of this discipline on the rise among the amateur fans of the Atlantic arc, but also works as a showcase for promote gastronomic products of quality –for the most part produced and marketed by Galician firms–, which support the event as sponsors.

The participants appreciate the attention of the organization of the circuit which, in collusion with the golf courses, deploys a tent at a certain point on each course in which a careful selection of these products is served: Torre de Núñez pork shoulder, Queixería Barral cheeses, Roandy wines, Albariños from Martín Códax either Sparkling Soul Atlantic These are some of the examples of the products that can be found in this enclave and that delight golfers, helping them to recover from accumulated fatigue before continuing their tour of the course.

And it is that, in some cases, completing the route proposed by the circuit can last up to four hours. For this reason, the II Golf Circuit TUR 43, whose objective is promote golf, tourism and gastronomy jointly, has adopted this philosophy: to offer golfers, as a snack, pTop quality products from Galicia.

“Undoubtedly, one of the reasons why our circuit has remained in the memory of the participants during the year that has passed since the celebration of its first edition, has been because of this differential value: that we combine golf with gastronomy”, argues Jorge Isla, commercial director of the circuit. “Many are those who return this year attracted, again, by the desire to rediscover unique flavors and sensations and so they show it to us”, he adds.

Indeed, many of those who picked up their registration form this Saturday, July 2 at the Izki Golf Club had words of praise for the AGACAL products exhibited in situ by the organization of the event: wines from the different Galician denominations of origin, breads with a protected geographical indication, Galician honeys, Santiago cakes or traditional native liqueurs, among others. In an adjoining exhibition table, the visual protagonism was possessed by the Orballo infusionsmade in Paderne (A Coruña), with which the organization of the Circuit gave each of the participants.

Already in the tent where the snack was served, different groups of people surrendered to the charms of the products carefully served by Olatxe, in front of the stand. One of these people, arrived from Donosti, Telmo Lavallehad words of praise for the Barral cheeses, which he described as “super creamy” and said that for him they were turning out to be “a real discovery”. his wife, Martha Huedatried thes Marine biscuits from Daveiga and assured that they seemed “exquisite”.

For its part, Kepa Baldformer Spanish cross country champion, did not hesitate to rate the wine Bancales de Roandi of “excellent”. Awarded in the last Galician Wine Tasting of the Xunta as Best Red Aged in Barrel, this product is gradually making its way into the Spanish market. He also praised this golfer the sparkling wines from Alma Atlántica and the albariños from Martín Códaxaffirming that the selection of wines offered by the Circuit to the participants was very “careful” mixing “different types of references, which complement each other”. 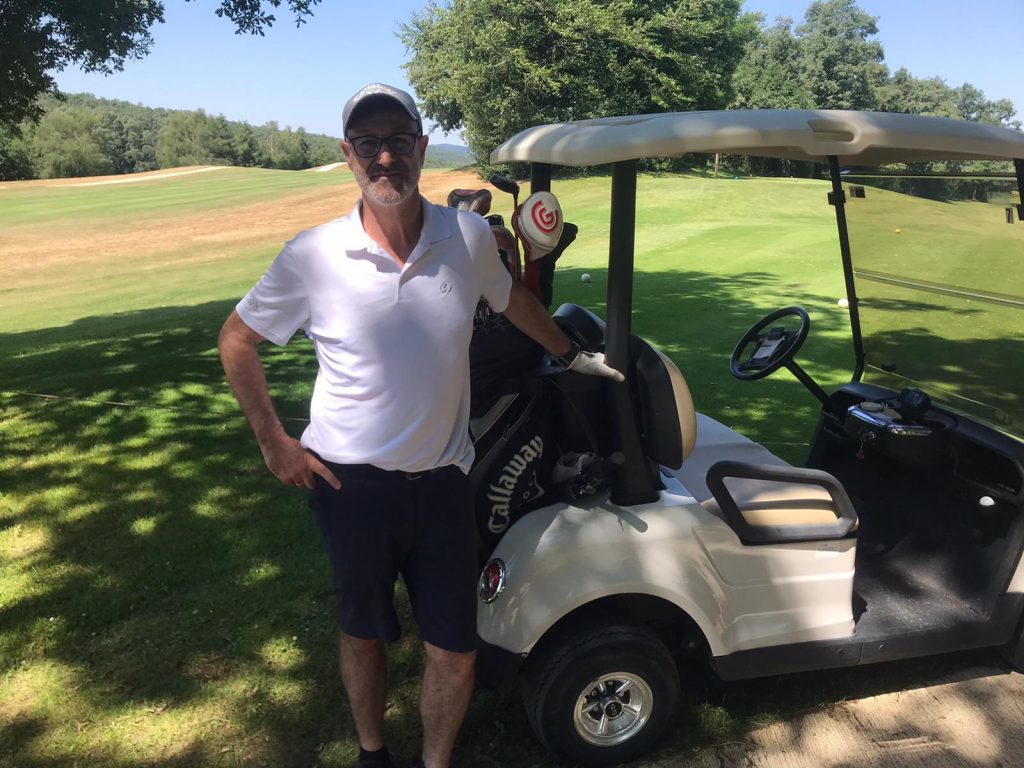 Another of the golfers participating in the tournament, Ignacio López, praised the flavor of the Torre de Núñez lacón

Your playmate, Ignatius Lopezwanted to value the flavor of the Torre de Núñez ham. “He is very good”, he affirmed forcefully, while affirming that Galician gastronomy was very familiar to him because he is married to a woman from Galicia.

Record of participation in the V Telephone of Hope Golf Solidarity Tournament
Protest before the City Council against the new golf course
For probable robbery at La Loma Golf Club, a woman is captured
GOLF 1253