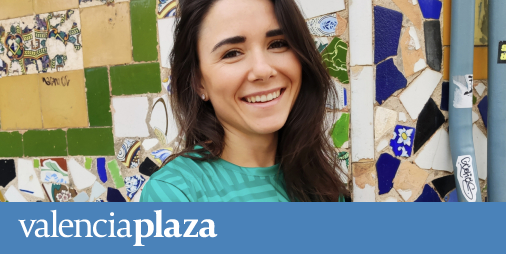 VALÈNCIA (VP). Gambea has expanded the Barris FC soccer jersey collection with the design of five new jerseys inspired by the most historic neighb

VALÈNCIA (VP). Gambea has expanded the Barris FC soccer jersey collection with the design of five new jerseys inspired by the most historic neighborhoods of Valencia. Benimaclet, Campanar, Patraix, Russafa and El Carme join Cabanyal, which started the project at the end of 2019. “I think that football shirts are a perfect showcase to disseminate the history and culture of a community,” he says Pepe Dus, Valencian designer and founding partner of Gambea.

Thus, each one of the shirts in this limited edition tries to capture the essence of these emblematic neighborhoods of the city of Valencia. The millenary history of El Carmen together with the avant-garde of street art; the characteristic modernist tiles and the seafaring character of the Cabañal; the garden and the emblematic buildings of Benimaclet; the façade of the Mercat and its origins as an Andalusian recreational garden in Ruzafa; the Plaza de la Iglesia de Campanar, its houses and its devotion to its Virgin; the combination of tradition and modernity that is lived in Patraix. In each case, always taking care of the details, the colors and highlighting those aspects that characterize each of the chosen neighborhoods and that make them perfectly recognizable in these soccer jerseys.

With this collection, which can be purchased on the Gambea website and in its pop up store in the Aqua Shopping Center, Gambea takes another step forward in its goal of transforming football into fashion. “For us, football and fashion are perfectly compatible, and to that end we launch the products that best fit that philosophy.”

Gambea expands with this collection its catalog of fashion accessories related to football. In fact, it has become a benchmark in socks whose designs evoke mythical moments in Spanish football, such as Iniesta’s goal in the 2010 World Cup, or significant moments in the history of football clubs such as Kempes celebrating a goal or Kiko doing the goalkeeper after mark…

«Recreating some gesture of a recognizable footballer with cotton thread stitches and for the fan to recognize it because that image is on people’s retina, is not easy. The design has to be recognizable. That is the difficulty and what we are looking for ». And they have succeeded because they have already sold more than 80,000 pairs of socks since they were launched in June 2019. Some socks that also support social work, since 1% of their annual income goes to the Common Goal movement to help social projects that use soccer as a catalyst.