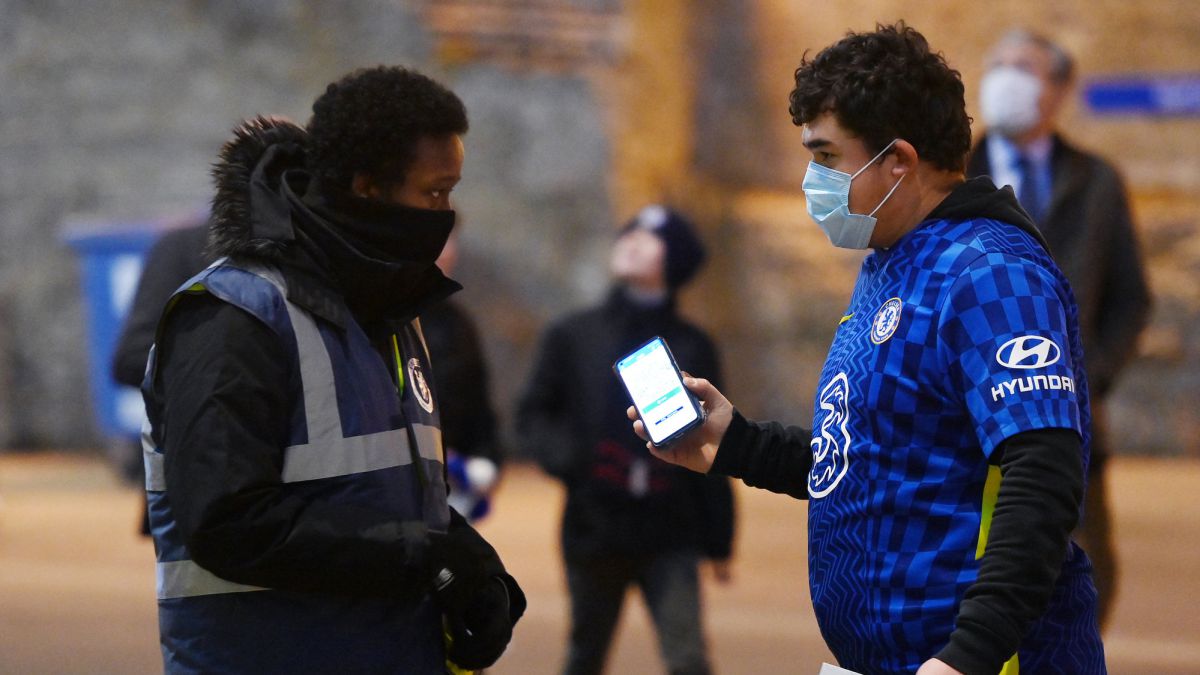 The return to normality in sporting events, propelled by the return of the public to the stands, encouraged a control of the coronavirus pandemic

The return to normality in sporting events, propelled by the return of the public to the stands, encouraged a control of the coronavirus pandemic in this sector. But nevertheless, the detection of COVID cases in members of the world’s major league clubs has put the sports world on guard. What’s more, the spread of the Omicron variant worldwide is another trigger, causes the increase of positives and in turn the paralysis of the competitions.

LaLiga does not suspend matches despite COVID outbreaks

In Spain, the sixth wave of COVID is wreaking havoc in the world of sports after the detection of outbreaks in some locker rooms. The real Madrid is one of the most affected Spanish clubs, after the confirmation of seven positives in members of its first squad during this week (Marcelo, Modric, Bale, Asensio, Rodrygo, Lunin and Davide Ancelotti). But nevertheless, the white team is scheduled to play their game this Sunday against Cádiz despite the outbreak.

What’s more, the Valencia, another of the affected clubs, confirmed four positives in its squad, including the coach José Bordalás and defender Omar Alderete. Same as him Athletic Bilbao, who reported COVID infections from internationals Unai Simón and Íñigo Martínez. Alavés, Osasuna and Levante are the other teams that have at least one infected in their squad.

However, Javier Tebas, president of LaLiga, publicly acknowledged that they are working on the activation of a new COVID protocol and that the suspension of matches is the “last resource”To alleviate the negative effects of this health emergency.

In the same way, Spanish football regulations specify that a team may request the suspension of the match, at the time that there are less than 13 first team players available. Therefore, the suspension of this weekend’s matches, as it is a requirement that the affected computers meet.

The BAXI Manresa confirmed this Friday the detection of a COVID outbreak affecting seven first-team members, which has led to the suspension of their Endesa League match against Barcelona, scheduled for tomorrow. In addition, it is the third meeting postponed due to the coronavirus so far this year, after the suspension of the Rio Breogán-Joventut and Valencia Basket -Monbus Obradoiro.

LEB Gold League, the second division of Spanish basketball, also is threatened by the spread of positives in its workforce, which has caused the suspension of up to three games scheduled for this weekend (Iraurgi SB-Real Valladolid, HLA Alicante-Granada and Oviedo-Palencia).

One of the European competitions most affected as a result of COVID is the Premier league because the fourth wave of infections, marked by the Omicron variant, is whipping English football. Manchester United It is the most affected club, since it only has seven footballers available, according to Sky Sports. He too Brentford has a total of 13 positives in your first template.

Thus, the English competition has decided to suspend five matches of matchday 18, since some teams do not have suitable footballers for the celebration of the clash. Manchester United-Brighton, Southampton-Brentford, Watford-Crystal Palace, West Ham-Norwich and Everton-Leicester are the games that will not be played this weekend. For the moment, the Premier League has postponed nine games for the coronavirus, although It is not ruled out that there will be some more in the next few dates.

What’s more, in the lower divisions of English football, the ravages of COVID are having its consequences after the suspension of a total of 19 games stipulated for this weekend. Mainly, the increase in infections is due to the low soccer player vaccination rates that oscillate 25% in these lower caliber leagues.

At the moment, unlike the Premier League, no coronavirus outbreak has been detected in the squads in the other major European leagues, so there will be no modification in the days decreed for this weekend.

The NBA, is another of the world competitions affected by the spread of COVID, after confirmation of about 70 positives, between members of the franchises. What’s more, 97% of players are immunized against the disease. The Chicago bulls is one of the most affected teams with a total of ten positives on your staff, which has caused the suspension of their last matches against Toronto Raptors and Detroit Pistons.

On the contrary, the positives in Los Angeles Lakers, Sacramento Kings, Brooklyn Nets, Indiana Pacers or Boston Celtics has not led to the suspension of their meetings due to the detection of a number of infected, lower than in the case of the Bulls. Therefore, it is foreseen that there will be no no postponement in this weekend’s matches.

In the nfl, the national football league, a total of three established parties for this weekend they have been suspended due to the coronavirus (Browns-Raiders, Washington Football Team-Eagles and Seahawks-Rams).