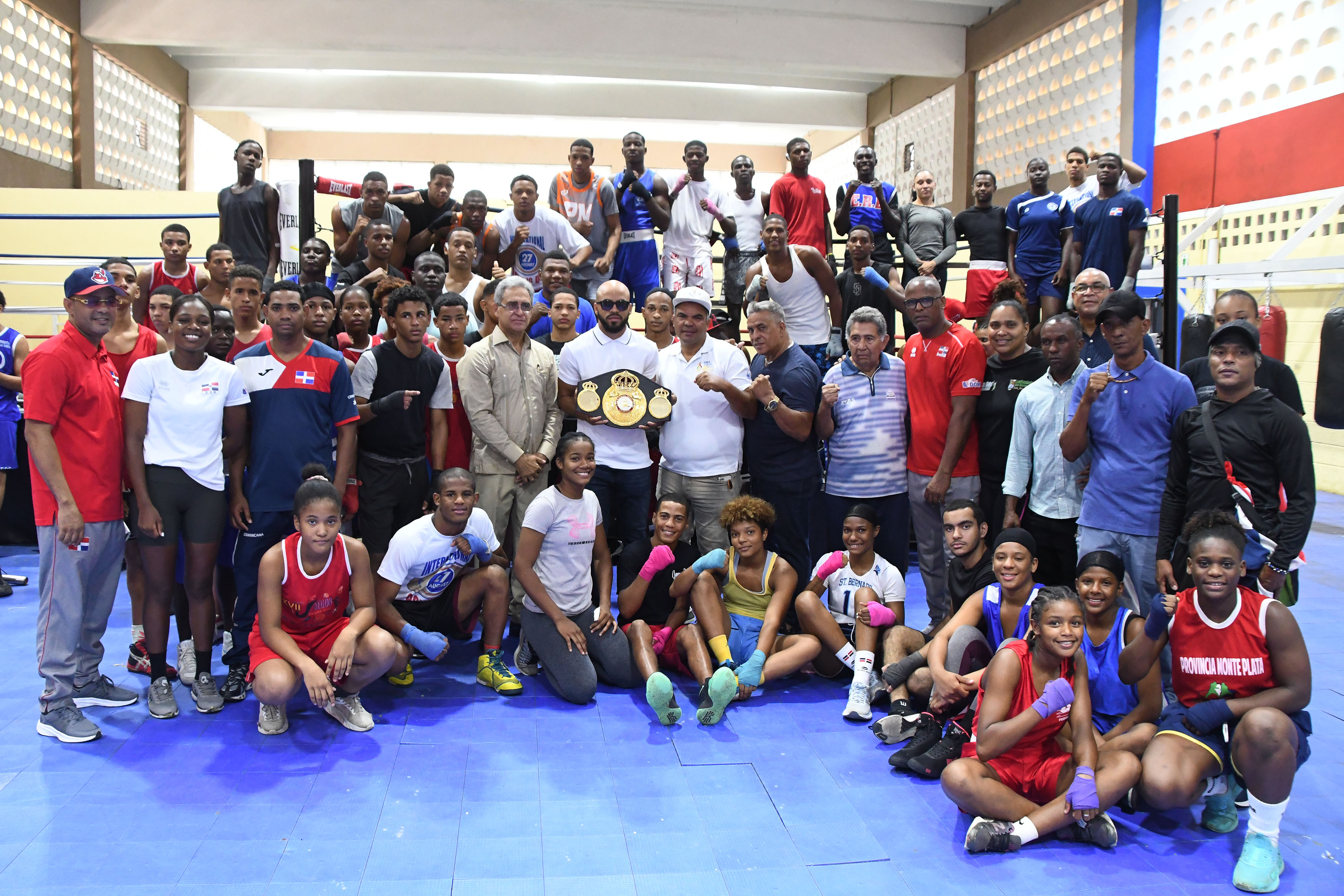 David A. Hernandez, SANTO DOMINGO.- The super featherweight champion of the World Boxing Association, Héctor Luis García “El Androide”, expressed his desire to serve as a motivator of perseverance and improvement for young Dominican boxers, after representing the country for several years in different scenarios being a member of the national team.

“It means a lot to me and I am proud to serve as an example for them because I have been in this career for several years. It has not been easy but not impossible. I have gotten to where I am with a lot of effort, sacrifice, desire and a lot of desire, ”said García during a visit to the Juan Pablo Duarte Olympic Center Boxing Training Complex, where he shared with the athletes belonging to the pre-selection.

The Android, who as a professional has a record of 16 wins and zero losses with 10 knockouts, described the sensations he felt when he found himself in the gym he had attended since he was 15 years old and where he trained to be a national team for six years. years (2011-2016).

“Being here makes me remember my beginnings. When I walked through that door I got excited, I got goosebumps, because I left here and I know how much work is done. Before this seemed like a cockfight, there was only one ring and few conditions to train, but now I see a different gym,” said García, who had a record of 37 wins and 15 losses as an amateur boxer.

Héctor Luis said that part of the successes that he exhibits today were thanks to the knowledge he acquired in the Boxing Training Complex of the Juan Pablo Duarte Olympic Center, from the hand of the national coach Armando Hernández.

“I have a lot to thank Professor Armando Hernández, who was very strict with me and taught me to be disciplined and humble. He helped me a lot”, highlighted the medalist in the Central American and Caribbean Games, in Veracruz 2014, as well as in the Pan American Games, in Toronto 2015.

He also gave credit to his first coaches, in his native San Juan de la Maguana, Marino Minaya and Ángel Ñoño: “They took care of me in my first steps and because of their work I made it to the national team,” he added.

On his side, Hernández valued the fact that García keeps his origins pending, despite the successes he has been reaping.

“It is of great value to me that he keeps us pending. That speaks well of the work that has been done”, stressed the Cuban coach.

Hernández expressed his satisfaction at seeing the results that García has been reaping, and said that: “it is the satisfaction of a duty fulfilled.”

The national coach indicated that the achievements of García and “La Avispa” Puello serve as an example for those who are just starting out, indicating that they can become world champions based on discipline and will.

Tags: Hector Luis Garcia
The “KO to drugs” festival was held at the Andino Club
Frank Gore to venture into professional boxing after NFL retirement
Boxing in September, a very Mexican tradition
BOXING 4154

Loading...
Newer Post
“A challenge that I have never hidden”: Fernando Alonso revealed what he will do when he retires from Formula 1
Older Post
Dutch GP F1 2022: Alfa Tauri condemns the insults thrown against him and towards Red Bull’s Hannah Schmitz