Garitano: “We are interested in having more football, without so many stoppages” 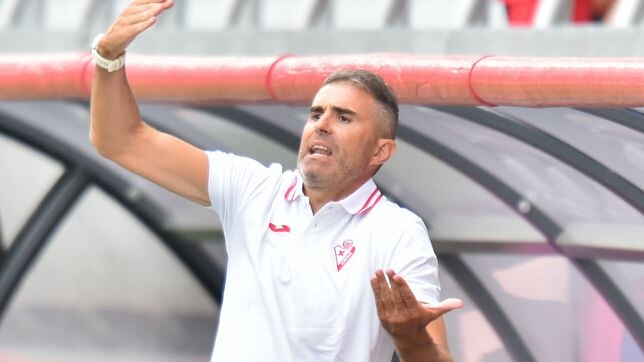 Eibar starts the season on the right foot thanks to an important victory against Tenerife. Gaizka Garitano was clear that it was vitally important

Eibar starts the season on the right foot thanks to an important victory against Tenerife. Gaizka Garitano was clear that it was vitally important to start winning to gain confidence. The gunsmith technician is satisfied with the team’s reaction after seeing himself from behind. Likewise, he regrets the numerous interruptions that the game suffered and is not in a hurry for the signings that are yet to arrive in these last weeks of the market.

Comeback: “Tenerife normally when they start winning, they win the game. We saw it last year, which was also the team that scored the most points away from home. We have reacted well and happy about it. They have scored a great goal for us, and then the team has gone up quickly. With many difficulties because Tenerife is one of the best teams in the category and it is very difficult to play against them. The draw was close, luckily it was offside, because otherwise it would surely have ended in a draw. Happy with the victory.”

Game phases: “We have to give more continuity to the good game sequence that we have had. We have had very good moments of football, others not so good. It is also true that when we play hard and the ball is in play, we play better. When there start to be interruptions, fouls and stoppages for the water, in that type of match we are not so comfortable. We have entered a phase in which there was no rhythm and we have been worse there. As long as the match has rhythm, we feel better”.

VAR reviews: “The two plays in which the game was stopped were clear. The offside is clear and the penalty is clear. For me, let it be played all the time. In meetings with the referees I always tell them the same thing, that we have to tend to play more minutes. Like basketball, real time. We are the first interested in the ball being in play. It’s also better for the viewer. We are interested in there being more football, without so many stoppages”.

Signings are missing: “All the teams are the same. Tenerife too. We all need people to come. What I don’t find any sense in is that the market ends weeks later than the league starts. In the end we have to wait for players who are loose from other teams. They will come, we are not in a hurry. There have to be more patience.”

when is it released and who participates
Chelsea is for sale; Roman Abramovich seeks to avoid problems
Mexicans and Celta de Vigo, a combination that does not fit
FOOTBALL 3774