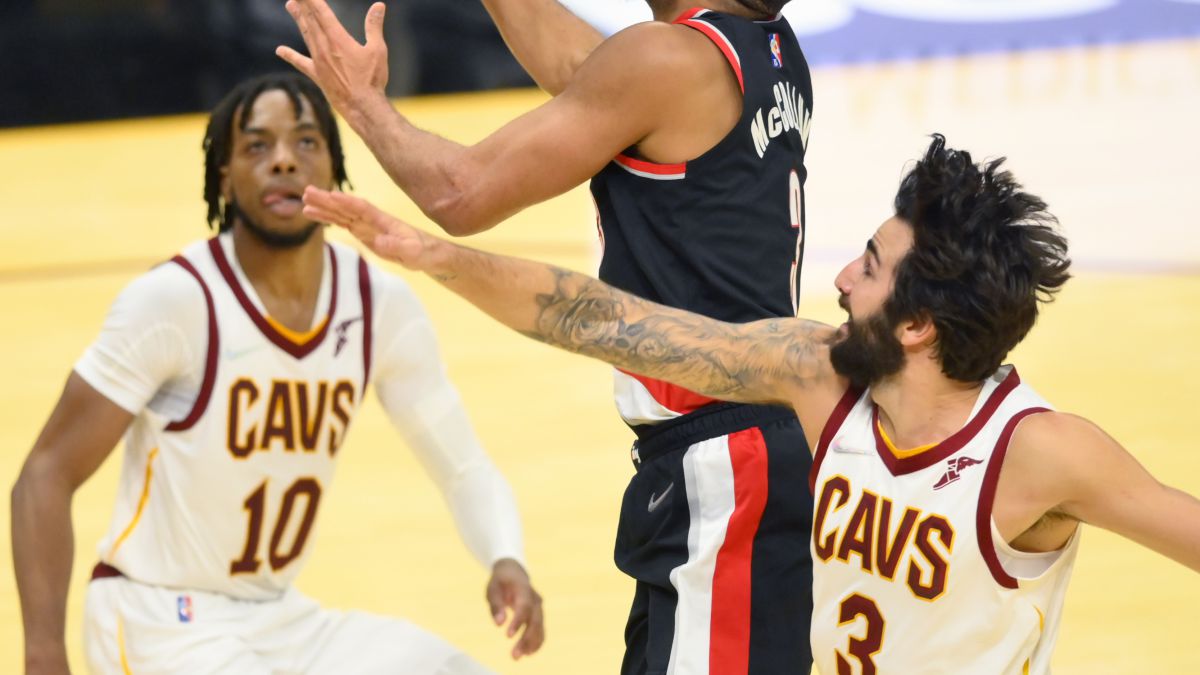 The Cleveland Cavaliers finished the season with a loss at the play in. An unflashy ending to what had been an excellent course in Ohioone in whic

The Cleveland Cavaliers finished the season with a loss at the play in. An unflashy ending to what had been an excellent course in Ohioone in which the franchise was the revelation of the first stretch of the course before suffering a pbiblical lake of injuries. The 1997-98 season, which is said soon, had been the last in which the Cavs had achieved a balance of over 50% wins and a ticket to the playoffs without LeBron James in their ranks. They finally got the first (44-38) but, weighed down by casualties, they fell to the play in and they couldn’t there with the Brooklyn Nets and Atlanta Hawks.

The season, however, was a great success because the Cavs found the formula for rebuilding. Coach JB Bickerstaff proposed a counter-style basketball, giants. With three interiors together in the starting lineup: Lauri Markkanen, Evan Mobley and Jarrett Allen. The second played at a sensational level as a rookie and the third earned his ticket to the All Star played precisely in Cleveland. TAlso point guard Darius Garland (22 years old) who exploded into a superstar project: 21.7 points and 8.6 assists on average with 38% from triples. And that he took his with the injuries and he lacked company in the outside game. First Collin Sexton fell for the entire season and then it was Ricky Rubio who suffered a serious knee injury. The Spaniard was transferred to the Indiana Pacers in the operation that brought Caris LeVert to Cleveland, which performed less than expected.

Now, the Cavs have decisions to make: Garland is going to take for sure a maximum extension of his rookie contract (he was number 5 in the draft in 2019): more than 181 million dollars for five years for the new face of the franchise. Sexton and LeVert will be on the market, and there are strong rumors that, as a free agent, Ricky could return to Cleveland with a new contract to serve as a veteran stabilizer again.

The work of the base from El Masnou (31 years old) was outstanding and Garland himself names him whenever he has the opportunity as a very important presence in his growth. He has done it again in a special report that he has made for the magazine GQ: “With Coach Bickerstaff I talked every day about leadership. Already in my second year he told me that this was my team, that the keys to the car were mine and that he had to drive it. He was the youngest of the team but he had to be the most vocal, the one who talked the most and the best always on the track. The first to arrive and the last to leave. I am not very talkative, so I try to lead with my actions. Always play hard, don’t spend time yelling. At first it was difficult. I had to give orders to a 36-year-old guy who has been a champion like Kevin Love. I learned a lot about leadership from him. Also by Tristan Thompson and this year by Rajon Rondo and Ricky Rubio. Watch videos of the matches, see where to give the ball to each player, when to try to score… ”.

Two veteran guards like Rondo and Ricky, in fact, have helped Garland a lot to expand his vision as game director: “With Rondo I have learned the mental part of basketball. We watched game videos all the time: on planes, in hotels, during meals… With Ricky, the match within the matches. He told me to play my own match within the match we were in. Let him see how a defender reacted on a pick and roll, repeat the play on the next action and see what happened. He taught me how to dissect opposing defenses. He learned a lot with both of them”.

Now Garland, who was (finished third) among the finalists for Ja Morant’s Most Improved Player award, wants Collin Sexton to remain his teammate. backcourt on the Cavs: “I hope he stays, I love playing with him. He’s great off the track, we look a lot alike. We like sneakers, clothes and basketball. He was like my older brother when I got to the NBA. So I hope that he stays, that we have more years to play together.” Because the truth is that, although Cleveland is not the ideal destination for most NBA players, Garland is happy in the city and in the Cavs and takes on the challenge of being the leader of a franchise where LeBron James’ shadow is very long: “The trust they always had in me meant a lot to me. This here for Cleveland, I love the city, its people and the team. I love being here. There are many very good places to eat. Summers are crazy, there is a… culture, everyone relates to everyone. I don’t think about LeBron and his legacy, just focus on each moment and work, improve, make the team better. LeBron is a legend in Cleveland and in the NBA and I have the utmost respect for him, but I focus on myself and my team.