Gavi, the football that surpasses the ‘eGame’ 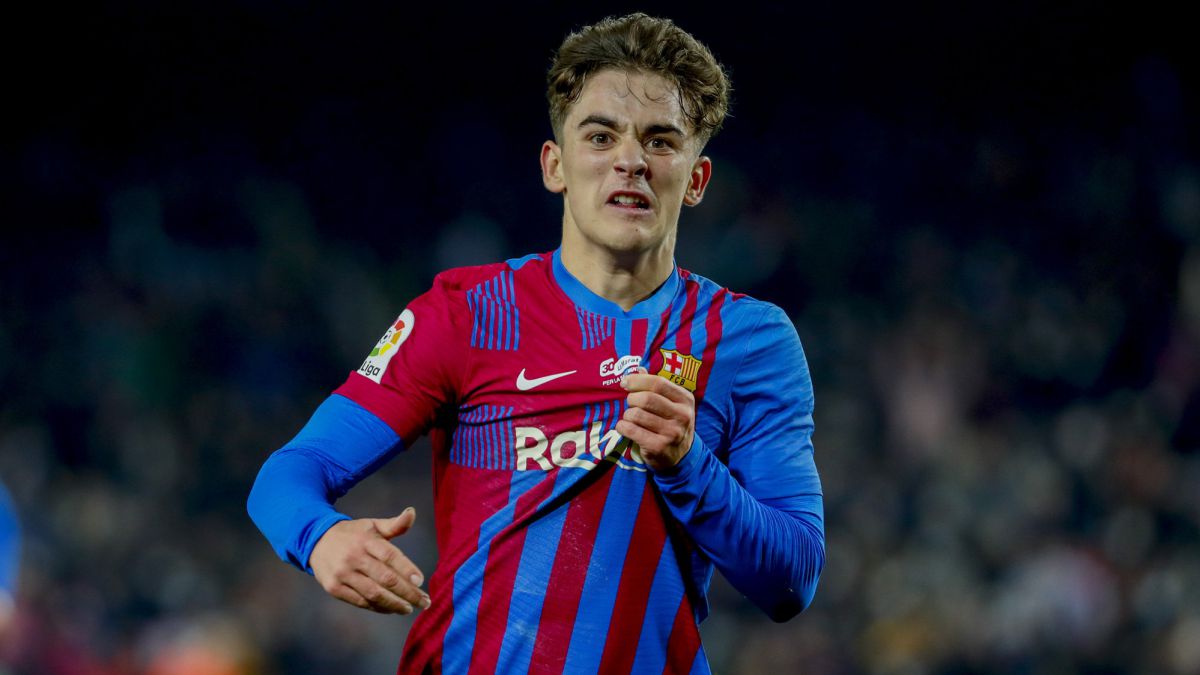 Marvelous. Football always surprises with something new. This is a day of postcard goals: Loren, Isak, Rakitic. The Gavi, however, was something

Marvelous. Football always surprises with something new. This is a day of postcard goals: Loren, Isak, Rakitic. The Gavi, however, was something else, a magical manifestation of talent. The difficult thing in goals like the one that this child prodigy of Los Palacios and Villafranca did yesterday is to imagine a play that was not in the minds of the 41,664 spectators who were at the Camp Nou, and that no human who was in front of the television suspected either. The goal that Gavi scored yesterday, a genius who plays with his boots untied in one more point of his singularity, is not in the software or in the minds of the e-Games programmers either. Because they had never seen it. Gavi is the football that beats the machine. He is so good, he has so much football, so much knowledge of the game and so much heart that, at 17 years old, he scares. Gavi could just be an academic gamer. Or just a soccer player of sparks. Or a fighter (yesterday he ran more than 13 kilometers). But it has it all and it carries it within.

Board. With his new assistance (he already gave a Pamplona) to Nico, the ‘twins’ in fashion carried out a game against Elche that Barça had complicated in an incomprehensible way after a brilliant first half, the best of the short was Xavi , in which the coach was bold. The bet of Jutglà (22 years old), Espanyol youth squad that Barça picked up this summer, when the contract ended, worked. Also Alba’s new position, lateral to defend (regular) and inside to attack (good). All the tactical keys Xavi played worked, because Alba’s novel position pushed Gavi to the midfielder. And there the game broke.

Style. Barça, however, broke down in a couple of minutes. Elche did not need to suffocate him to score two goals in two arrivals. The defense was tender and the goalkeeper, directly, invisible. These days, it is very difficult Ter Stegen, who finished the game like a flan and between murmurs of the staff. For a doorman, there is nothing worse than that colleagues lose faith in you, because the whole building shakes. For Xavi, however, the problem goes further and has to do with the model. After six years away from the club, he has found something that he does not like and that, surely, is not only the fault of the coaches, but of the vices and privileges that some players who abandoned themselves to Messicentrismo had. As you sew it, you have one who is a quick learner. Gavi is the football that beats the machine.

Portugal prolongs its dominance and is the queen of futsal
The Colombian Football Federation turns 97: history and data
What football games are there today, Wednesday, May 11, 2022?
FOOTBALL 2373