Gennadiy Golovkin is comfortable at 168 pounds 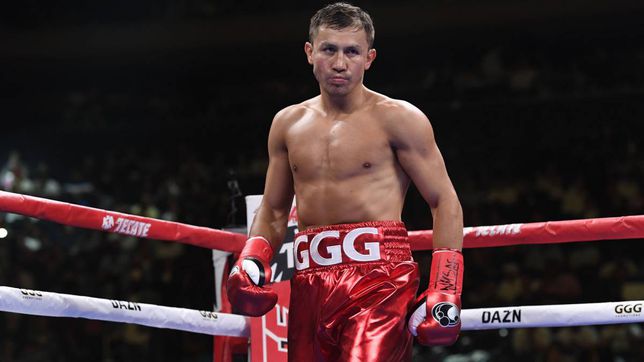 The first two fights between Saúl Canelo Álvarez and Gennadiy Golovkin were at 160 pounds. However, the third fight, to be held on September 17 at

The first two fights between Saúl Canelo Álvarez and Gennadiy Golovkin were at 160 pounds. However, the third fight, to be held on September 17 at the T-Mobile Arena in Las Vegas, will be at 168 pounds.

In an interview for BoxingScene, Golovkin declared that he feels comfortable in a new category despite having fought all 44 fights of his professional career at 160 pounds. The Kazakh boxer has a record of 42 wins, one loss and one draw.

“Is the same. I feel absolutely comfortable. For me, honestly, it’s just another fight, another opponent. I’ve asked myself ‘Do I feel different?’ The answer is no, I feel 100 percent comfortable even in a new division,” GGG stated.

While Golovkin has fought his entire career at middleweight, Alvarez has moved between the super middleweight and light heavyweight classes. The two fights in the category of 175 were against Sergey Kovalev and Dmitry Bivol, with balance of a victory and a loss.

YOU MAY BE INTERESTED: Ryan García chooses Teófimo López as ‘plan B’

Golovkin has knocked out 84 percent of his opponents as a professional boxer due to the sheer power of his punches, and he hopes that power will continue as he moves up the ranks.

“We’ll see, I think so, but I will be in a new situation, I need to try,” said the Kazakh. “It’s hard to say now, because it will be my first fight at 168 pounds. I will prepare and do my best for that fight, but I will not make any predictions.