George Foreman accuses that they want to blackmail him for sexual abuse, but he assures that he is innocent 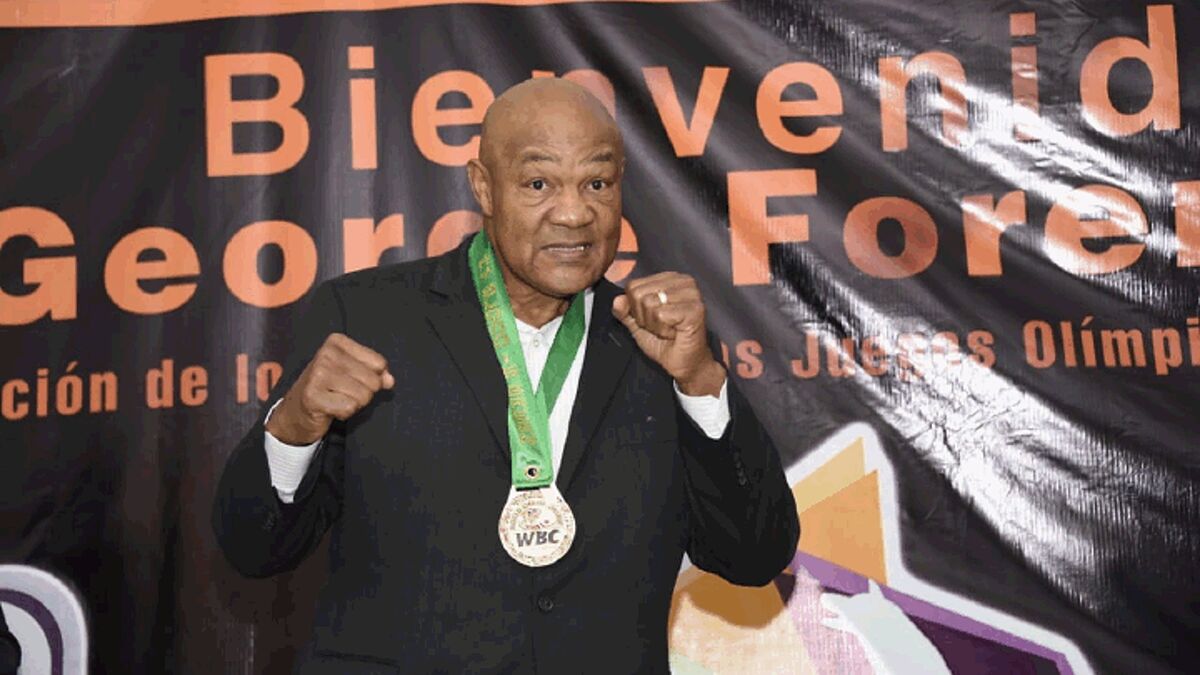 ANDhe legendary former boxer george foreman assured that two women want to blackmail him for alleged sexual abuse, but made it clear that he is inn

ANDhe legendary former boxer george foreman assured that two women want to blackmail him for alleged sexual abuse, but made it clear that he is innocent.

Sources close to the former world champion informed TMZ that the lawsuit against Foreman could happen this week in the city of los angelesafter the two women did not achieve their goal.

It is mentioned that the parents of both women had a friendship and work relationship with Foreman more than four decades ago, and that the lawsuit would of course be sexual abuse of the former boxer against the two of them in the 70s of the last century.

Foreman will not be intimidated

Aware of the demand that could arrive, george foreman He stated through a statement that he is innocent of any accusation, and asserted that the two women who plan to sue him only want money.

“For the past six months, two women have been trying to extort millions of dollars from me and my family. They falsely claim that I sexually abused them more than 45 years ago in the 1970s. I strongly and categorically deny these allegations. The pride that I feel because my reputation means as much to me as my sporting achievements, and I will not be intimidated by unsubstantiated threats and lies,” he said. Foreman.

According to the portal, each of the women asks for 12.5 million dollars from Foremanwho reiterated his innocence, while stating that he has never looked for fights, but that he will defend himself.

“I am, and always will be, guided by my faith and trust in God. To work with my attorneys to fully and truthfully expose my accusers’ scheme and to defend myself in court. I don’t look for fights, but I don’t run from them either.“.

Tags: boxing
Boxing: The World Boxing Council will not endorse fights with Russian or Belarusian boxers
Derrick James sets the ring on fire: “Canelo is not worthy of being in the Pound for Pound ranking”
Boxing: The statue of Mike Tyson, in the style of Cristiano Ronaldo, that sets fire to the nets
BOXING 3558

Loading...
Newer Post
Formula 1. Ferrari: team orders and how to fight for the world championships
Older Post
Boxing: Jake Paul explodes against Conor McGregor: “Put down the bottle, get off Twitter, get back in the ring and shut up”