German GP MotoGP 2022: Aleix Espargar, weighed down by a tire 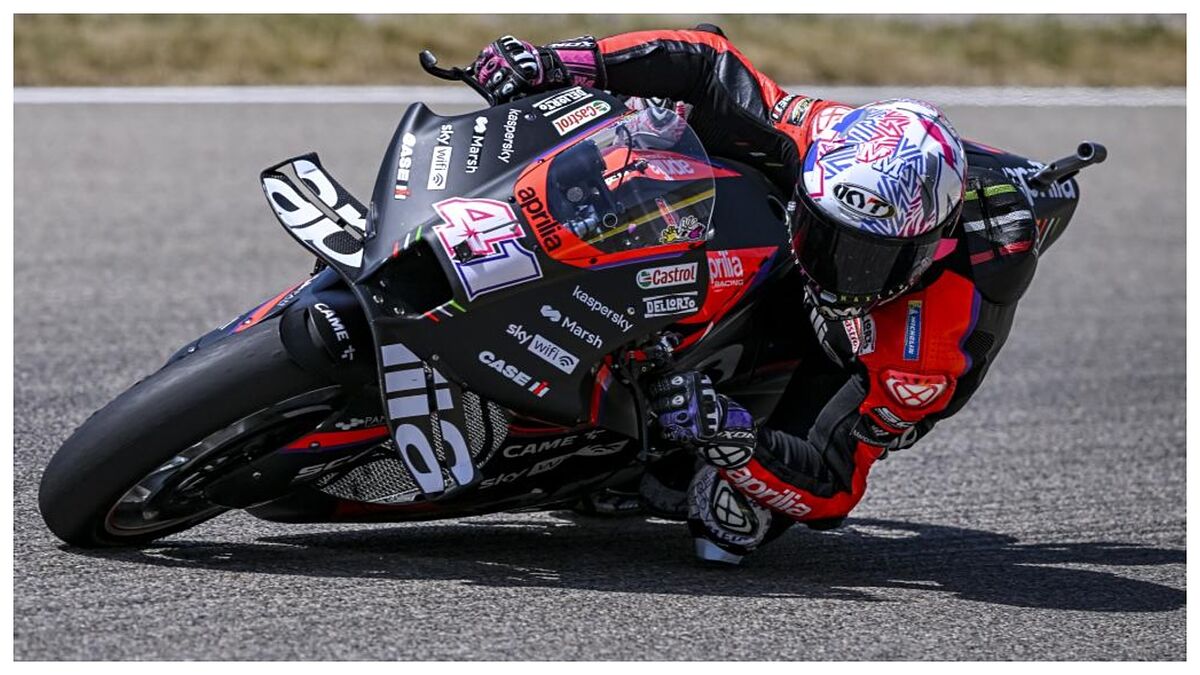 Alex Espargar I was disappointed. He considers his fourth place almost a miracle because of the problem he had with a tire. He sees the World Cup

German GP MotoGP 2022: Aleix Espargar, weighed down by a tire

Alex Espargar I was disappointed. He considers his fourth place almost a miracle because of the problem he had with a tire. He sees the World Cup further away and a very strong Quartararo, but he doesn’t throw in the towel.

“It wasn’t a good race, to be honest. I didn’t expect to finish fourth either. I went to the grid with used tires and they were fine and as soon as I put the new ones on and went out to do the formation lap, the tire started to shake front, to vibrate. Sometimes it does when it’s new and then it’s cleaned a bit and that’s it, but no. It’s been vibrating the whole race. The whole race with ‘chattering’ (rebound), I rode very slowly. So I’m actually satisfied because I don’t understand how by riding so slowly I was able to score the points of a quarter. I was driving very badly: closing the trajectories, braking as best I could, but I couldn’t ride fast. It’s a shame”.

“On Friday it happened to seven riders and they complained to the Safety Commission. Something happened to a machine or something like that, they told me. I don’t know exactly. I’ve ridden four hard forwards this weekend and today it vibrated a lot. It looks like if I had a lot of chattering, a very fast frequency and it’s very strange. In the third sector, where I was very fast all weekend, I think yesterday I was the fastest, that’s where I lost the most. I couldn’t do cornering , Zarco has passed me on the descent, which is normally my strong point. It has happened a lot this weekend. Not me, neither with the front nor the rear. I already noticed it in the first corner”.

I talked to Michelin.

“I told them that it vibrated a lot, that the typical frequency of ‘chattering’ was seen in the telemetry. In reality, I don’t care what they say, my career is over. I’m happy because, sometimes, it’s easy to be tenth. In a lap it seemed to me that I was like Augusto Fernndez with Moto2, that’s why I was surprised to be fourth. At least it’s a few points”.

“There was one time when I thought they were jumping bits. It was vibrating a lot. I didn’t think I could finish. But I saw others slow down and I didn’t know why, I kept riding in a high 1:22 and I was fourth.”

“I haven’t fought at all. I didn’t even know what he was. I was very frustrated doing my race, going very slowly, I didn’t see much.”

“It’s difficult. The problem isn’t the points, they aren’t that many. Thirty is nothing. If Fabio crashes and I win in Assen I’m there, but the problem is that Fabio is going very fast in the race. We have to be realistic, today If I get to have a normal tire, my rhythm was with Zarco, again, like in Barcelona to be second or third, but Fabio put us another three seconds. That’s the reality. Anything can happen, there are many tracks left, the championship It’s long, we’ve seen a thousand things. Last year, Fabio at the end of the year wasn’t brilliant either, but the problem is that on Sundays he goes faster than me”.

Loading...
Newer Post
Nadal, fifth in the regional golf before going to Wimbledon
Older Post
Mike Tyson pulls hilarious pranks on people who made fun of him