German GP MotoGP 2022: Crivill: “The riders will give everything in these two races to find a place” 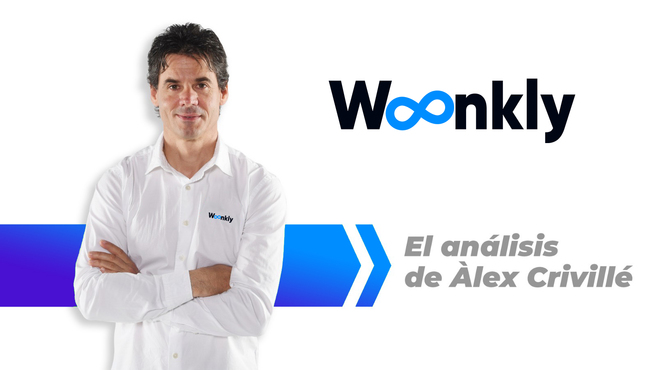 ANDhe shortest track (3,671 meters) of the World Championship marks the halfway point of the competition every season. Built in 1996, the sachsenr

ANDhe shortest track (3,671 meters) of the World Championship marks the halfway point of the competition every season. Built in 1996, the sachsenring circuit Two years later, it hosted a World Cup event. Located 10 kilometers from the German city of Chemnitz, in 2001 it underwent a radical change and two years later its last modification was carried out. Despite being a short track, it does not offer the drivers a second of respite with its many changes of elevation, slides and blind curves. It has 13 corners, of which 10 are left and only three are right, which complicates the performance of the tires. Lex Crivilleambassador Woonkly and the only Spanish 500cc world champion, analyzes the current situation of the German Grand Prix, the tenth round of the season that takes place this weekend at the Sachsenring circuit.

Q. Last weekend you couldn’t attend the Marca Sport Weekend in Malaga after having a mishap. What happened to you?

R. It was a shame not to be able to attend the Marca event in Malaga. The truth is that I had a mishap with one of my horses. I took a major hit because a horse kicked me. They are not gaches of the trade, but they are of my hobby. I have had to rest for a few days. They gave me stitches, they had to extract liquid and put ice on me. It was impossible for me to go to Malaga. I felt bad because I really wanted to attend this event because there were many athletes. From the world of motorcycling were Jorge Lorenzo, Ana Carrasco and Carmelo Ezpeleta, who is celebrating his 30th anniversary managing the MotoGP World Championship. Mishaps always happen when you least expect it and this happened.

Q. Fabio Quartararo’s victory at the Barcelona-Catalunya circuit has allowed him to gain distance in the general classification, with 22 points over Aleix Espargar and 53 over Enea Bastianini. Did you expect more from the French’s rivals?

R. The truth is that Enea Bastianini is a rider that everyone puts as a reference because he has already won three races. At a given moment, if he has the bike ready, he feels comfortable and has rhythm, he can win the race. He was not like that in the Barcelona-Catalunya circuit, but he still has options in the fight for the title. Aleix Espargar is closer to Fabio Quartararo, but the Frenchman is at a very sweet moment in his sports career and things are going very well for him.

Q. In the absence of Marc Márquez, winner at the Sachsenring eight times in a row, who do you think will take over from him this weekend?

A. Sachsenring is a very special circuit. It has a part that is like karting, very toned. Ah, it is the pilot who makes the difference. It has many left-hand corners and only three right-hand corners, so physically it’s not very demanding either. The last sector is really fast, with a significant rush of braking. Any of the applicants can choose to win. Fabio Quartararo and his Yamaha may be ready to be competitive. I think also the Aprilia and the Ducati. We will see if the Hondas can find the right path and also the Suzuki. Sachsenring is a very pilot circuit.

Q. The transfer market has begun to move after the renewal of Fabio Quartararo with Yamaha and the signing of Jack Miller by KTM. As it is now, do you think there will end up being room for all the pilots?

R. I don’t know if there will be room for everyone because it seems that it doesn’t fit for everyone to continue in MotoGP. In the Ducati factory team they are between Jorge Martn and Enea Bastianini, but it seems that there are more points for the Italian although I would like them to decide on Jorge Martn because he is a great driver. From there, we will see how the structures are left. At Tech3 it seems to be quite clear, with Miguel Oliveira. Of the Suzuki riders, it seems that Joan Mir is going to go to Honda and the Lex Rins thing is still a bit up in the air. We will see, because these two races that come before the summer break are important. From now on, the riders are going to try to give everything to find a place for next season.

Q. Given a market as volatile as it is now, is this equivalent to more anxiety, competition, grit and show?

R. I think we are at the key moment before the end of this first part of the season. Teams and factories decide. Once they have decided, there is no turning back. Even if you do very well in the second part of the season, the drivers will already be placed in the teams for the next season. I believe that pre-contracts have not yet been signed and there is uncertainty. The riders know this and now it’s important to prove your worth and start doing your best to find a spot for next season.

Q. Will the Honda riders improve with the new chassis released in Barcelona?

A. The truth is that Honda is unknown. I have spoken with Takaaki Nakagami, who is the pilot a bit of a reference, although obviously Lex Márquez and Pol Espargar are also there. The truth is that he is not easy. They have tried many chassis and there is a problem that they still haven’t solved, which is the set-up. The bike is unstable and has power, but they don’t finish dosing it or taking advantage of it. We’ll see what happens. Hopefully they can find the right path and get their full potential to fight with the top brands.

Q. What is your forecast for the MotoGP podium at the German Grand Prix?

R. I still think that Fabio Quartararo is going to try to make a difference. Pecco Bagnaia is furious and from then on we’re going to see if any Suzuki comes out on top because it’s their turn. On the other hand, we must be very attentive to Aleix Espargar’s Aprilia, which is only 22 points behind Fabio Quartararo and must, at the very least, put up with that difference so that it does not increase and cut points from the Frenchman if he wants to aspire to the title.

Q. Celestino Vietti has returned to winning ways after some difficult races. Who do you think is the best positioned to hunt down the Italian?

R. I think that Ai Ogura is emerging as a clear persecutor. The Japanese is very constant and does not fail. He knows that he has a future, even in MotoGP. Ai Ogura is one of the riders who is going to try to make things difficult for Celestino Vietti. Let’s hope our pilots are there: Pedro Acosta, Augusto Fernndez, Arn Canet… I think the show is guaranteed.

Q. Do you think Sachsenring will provide a show in Moto3?

R. Sachsenring is a circuit that if you connect the first corners well, it allows you to open a gap and leave because the slipstream is not so important. There is a lot of equality in the category, so a solo race will be difficult. Izan Guevara is strong and is clear that he is going for Sergio Garca Dols, his teammate.

Loading...
Newer Post
NBA: NBA player Jaxson Hayes sentenced for his altercation with police
Older Post
Boxing: Tyson Fury’s return is closer: “Show me the money and I’ll be back”