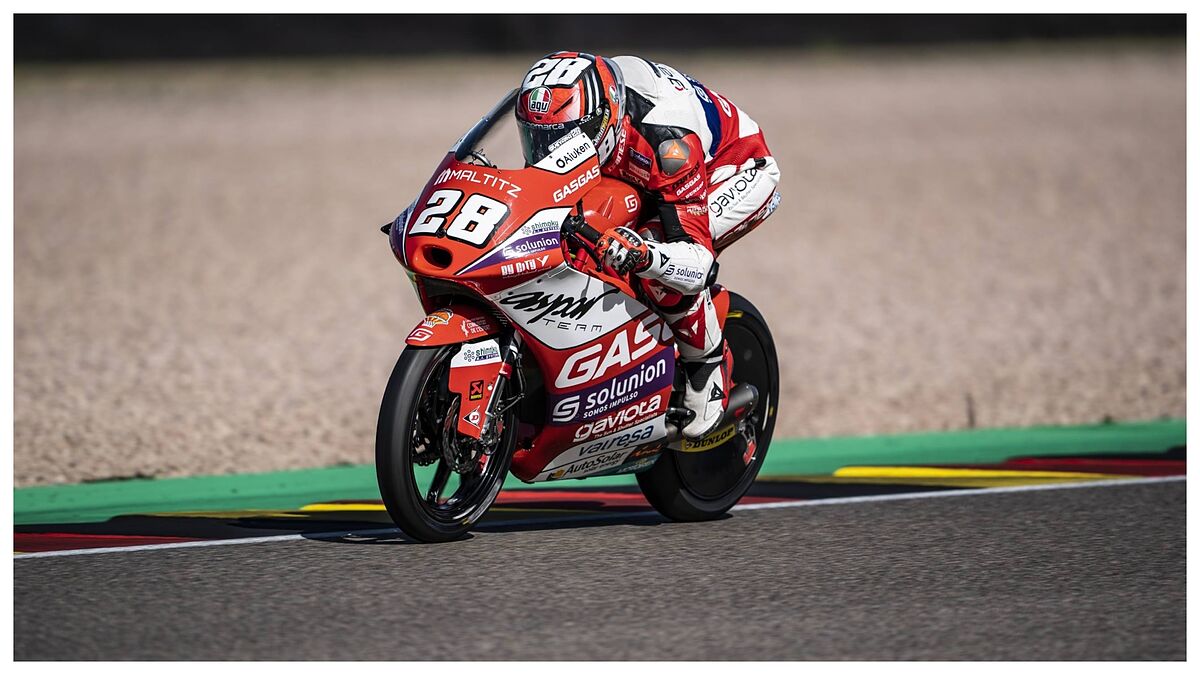 YoZan Guevara showed off to achieve his third victory of the year in Moto3 in Germany. He was the favorite and more than fulfilled. Great demonst

YoZan Guevara showed off to achieve his third victory of the year in Moto3 in Germany. He was the favorite and more than fulfilled. Great demonstration of power and concentration.

The conditions had changed somewhat: it was windier, which was going against you on the straight. With more heat: 33 degrees in the environment and 39 on the asphalt.

At the start, Guevara maintained the privileged place on pole. In the rear, there was a multiple accident: Tatay, Rossi and McPhee fell. “I messed it up, but fine. I can only apologize for my mistake,” Carlos later admitted.

The Leopards let Izan shoot, that is, marking him up close. They wanted the group to break up and if García Dols and Masi didn’t show up, the better for them.

Toba and nc skipped the start, so they were sanctioned with a double pass through the ‘Long Lap’ area.

Holgado, beating the track record, beat Suzuki and Foggia to catch up with the Spaniard.

Another incident with several competitors cut the group further: Ogden and Bertelle kissed the asphalt. Yamanaka was able to escape through the gravel after a touch with nc, but lost a lot of time.

Guevara did not look back and forced going to his own. Foggia reacted and chose to pull the rest: Suzuki, Garca, Sasaki and Holgado. The Japanese reappeared after breaking both clavicles in Mugello. From behind, Kelso crashed in turn 3. He could resume driving.

Sergio was warned of a sanction for stepping excessively on green areas. The man from Castellón was struggling not to lose the wheel with Foggia, who saw Guevara further and further away.

Soon it was Dennis himself who was warned of the same penalty. More pressure for the pursuers.

nc, having served their sanction, and Masi, could not approach the leading group. The rhythm imposed by Izan prevented it.

The Mallorcan left without remission. He was leading them two seconds with 10 laps to go. The pursuers understood this and already dedicated themselves to preparing their final fight.

Subtracting seven laps, Holgado began to lose meters within the group. But sixth place was almost guaranteed, since, from behind, nc and Adrin Fernndez had escaped, but they were far away.

Then it was Suzuki who dropped. There were already only three for the two places on the podium that would accompany Guevara.

Sasaki also gave up ground before reaching the final lap. Sergio passed in the last corner, but in the acceleration of the climb he lost his position and Foggia passed him back. The victory was for Guevara, of course, who is close to the lead. He stays seven from his mate in Aspar.