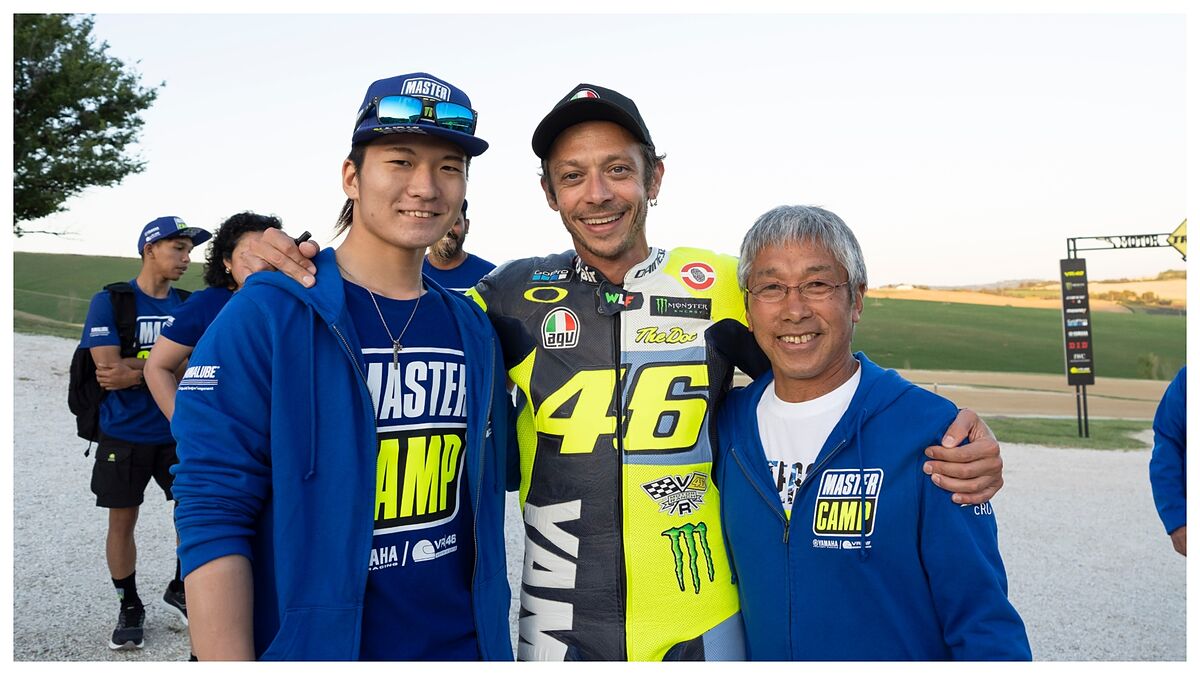 ANDn his time in 125cc, valentino rossi he called himself 'Rossifumi'. All in honor of his idol: norifumi abe. The Italian, like the rest of the w

ANDn his time in 125cc, valentino rossi he called himself ‘Rossifumi’. All in honor of his idol: norifumi abe. The Italian, like the rest of the world, was shocked to see the 1994 500cc Japanese Grand Prix. So, the Japanese ran as a guest in his debut and came to lead and was about to win. He fell with three laps to go, but he had left his mark and his impact even on kids like The Doctor.

Later, Rossi came to the World Championship and was even able to meet and befriend Abe, who won three races. The Asian retired and had a tragic endSo, at the age of 32, he was hit by a truck in a traffic accident in 2009. Valentino always had him as his idol, along with Kevin Schwantz.

Now, Valentino has had the opportunity to train his son, Maiki, who has visited the Ranch de Tavullia. Everything has been framed in the call Yamaha Mastercamp, a week-long event in which the tuning fork brand leads several Asian pilots to train with the boys of the VR46 Academy. In fact, even the Spanish manu gonzlezrider of the Moto2 squad that bears the same name as the campus, was in the hometown of ’46’ as a teacher.

But the emotional point came with the closing of activities, when the myth, retired from motorcycles, but not from competition, since he competes in cars in the GT World Challenge, the monkey slipped on and gave advice to the participants.

Maiki, of course, was a special student for Vale. The Japanese, like everyone else, hallucinated the nine-time world champion. “The VR46 headquarters is very spacious and with a very nice building. There are a lot of MotoGPs. It has motivated me a lot to join your team in the future. I am satisfied with everything I have learned during the campus. Meeting Valentino Rossi was a moment I will never forget. When I was in front of him I realized that he was the one I saw on television and it didn’t seem real to me. During training with Vale, took note of his technique in changing direction: the perfect angle of inclination, the skid and its beautiful lines”, he commented excitedly.