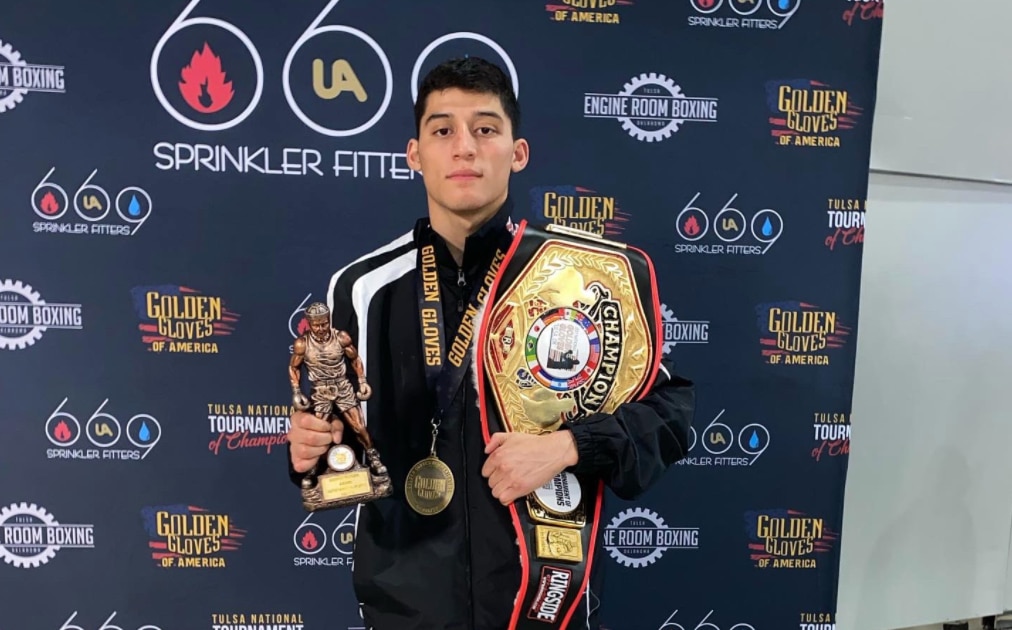 Fort Worth - You are too young to determine what was the hardest thing to overcome: Covid-19, the car accident, or the pain in your neck that kept y

Fort Worth – You are too young to determine what was the hardest thing to overcome: Covid-19, the car accident, or the pain in your neck that kept you from turning your head during a fight.

“It was ugly. I lost my taste and smell. I was feeling tired and lazy. I had headaches for six months, ”he says.

Later he injured his back working in construction with his father in the first days of the year; and a week after winning the Texas Golden Gloves in May, he had a crash.

In fact, he is lucky to be alive.

“The car hit me on the side and made me turn,” he said. “I was very lucky. I was fortunate that nothing happened to me ”.

Between the seat belt, the airbag that was deployed to the side of his head, he was left intact, but his car was smashed.

The only thing that happened to him was a sprained right wrist.

A few months later, the recent Arlington High School graduate raised his right hand in triumph, something Fort Worth hadn’t celebrated in more than 30 years.

Over the weekend in Tulsa, Lopez won the Golden Gloves national tournament belt in the 125-pound category.

Thus, López became the first Fort Worth fighter to win the Golden Gloves since Sergio Reyes and Kevin Ford did in 1988, and Eric Griffin in 1989.

It’s been a seven-year process for the 19-year-old Lopez, who began his athletic career playing soccer before stepping into the ring, where he feels like a fish in water.

“My mom put us into soccer and taekwondo when I was 7 years old, but I really didn’t like it,” he said. “What I liked was soccer.”

He learned about boxing through his brother Gerardo, and took some classes at Paulie Ayala’s gym, in western Fort Worth.

Ayala, a former bantamweight champion, has been training youngsters in the box for years. Young fighters come and go, but almost immediately he noticed something in Lopez.

“He grabbed it automatically, but I didn’t really know if he wanted to fight,” Ayala said.

It’s one thing to take a boxing class and do boxing exercises to get in shape; It is a very different thing to get into the ring to train and fight.

Ayala kept him busy and traveling from tournament to tournament in Texas, Louisiana, Arkansas and Oklahoma, just to see how Lopez coped.

“He is talented, athletic, very disciplined and trains a lot,” Ayala said. “If you come, he will be training and you won’t even notice.”

“He is not scared, but what I wanted was to see him think more in the ring because he is very aggressive.”

Lopez likes to emulate current boxing star Errol Spence from DeSoto. Lopez is willing to take risks and make himself vulnerable in hopes of landing a good blow.

For now he continues to work with his father on the construction site, and his plan is to be a firefighter. You are thinking of going professional.

But first, there is a major amateur tournament through USA Boxing next December that Lopez has his sights on.

If he does well there, he will probably turn professional.

“Now, having won the Golden Gloves, he knows he can beat the best in this division.”

After covid-19, a crash, a back injury and being unable to turn his head during a championship fight, Germán López can take on almost anyone.

Loading...
Newer Post
The expected second fight of ‘Chito’ Vera this 2021 would be agreed for November 6 | Other Sports | sports
Older Post
Omar Morales already has a rival for UFC 266