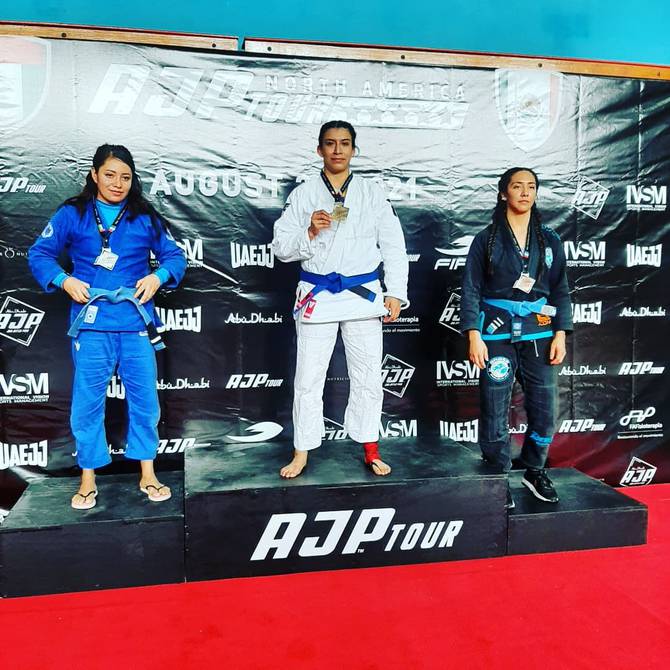 It is Ambateña. Its purpose is in 2022 to be part of a billboard for the Mexican company UWC or the American franchise Combate Global.September 8,

It is Ambateña. Its purpose is in 2022 to be part of a billboard for the Mexican company UWC or the American franchise Combate Global.

The ambateña Germania Lascano (25 years old) confirmed that she is for important achievements in combat sports at the international level by being crowned continental champion in the category up to 70 kilograms of the AJP Tour North America tournament, which took place in Mexico City on August 28 .

After his North American continental jiu-jitsu purpose, Lascano moved from the Aztec capital to Tijuana (Baja California) on September 2, where, thanks to the management of the company that sponsors her, he was able to enter to train at Entram Gym, home of the UFC (The Ultimate Fighting Championship) fly champion, Brandon Moreno.

His goal, he said in a telephone dialogue with EL UNIVERSO, is to integrate in 2022 a billboard for a mixed martial arts (MMA) event of the Ultimate Warrior Challenge México (UWC) company or the American franchise Combate Global.

In Tijuana, Germa, as she calls herself on her Instagram account, met with the legion of Ecuadorian fighters from that gym that also has the purpose of making the leap to the top leagues in North America. They are Aarón Cañarte, César Abad, Cristian Rivas, the brothers Andrés and Adrián Luna Martinetti and Michael Morales Hurtado. The latter has been in Las Vegas (Nevada) since Tuesday preparing to intervene in the Dana White’s Contender Series contest.

His specialty is floor fighting and he also has boxing experience. For this reason, she defines herself as a jiu-jitsu and MMA fighter.

She says that she has the possibility of training in Mexico because she is on vacation and the company that sponsors her supports her financially. She is studying nutrition and dietetics at the Technical University of Ambato. It is going for the fifth semester.

Upon arrival, Germa was told that she is the first Ecuadorian to train at the Entram gym in Tijuana. There are female fighters from Mexico, Chile and Colombia.

“In jiu-jitsu it has not been very complicated for me in Mexico. I had the opportunity to go to other academies and it went very well for me. In MMA, obviously, the level is more advanced than in Ecuador. It is not that I have a bad level, nor that it has cost me, but there are many things that are new for me and that I have to learn. But I realized that I am on the right track ”.

To conquer first place in the category up to 70 kg in the AJP Tour North America contest, in the first fight Germina Lascano beat Mexican Diana Villalva on points and in the second she won by submission to fellow local Gabriela Hernández.

“The Ecuadorian level in all parts of the world is excellent. We Ecuadorians have a lot of potential. I have always said that the lack of support is a very big impediment, because staying in another country is not easy. There may be many Chitos Vera in the UFC, but the support of the people is always going to be necessary, “he said.

Paddy Pimblett thinks a single fight in the UFC is more popular than Khamzat Chimaev
VIDEO: Brazilian soccer player throws a brutal flying kick ‘a la MMA’ to the face of a rival and is expelled
Gastelum, step forward again
UFC/MMA 334