Gino Godoy, the Argentine boxer who knocked out a thief who wanted to rob him 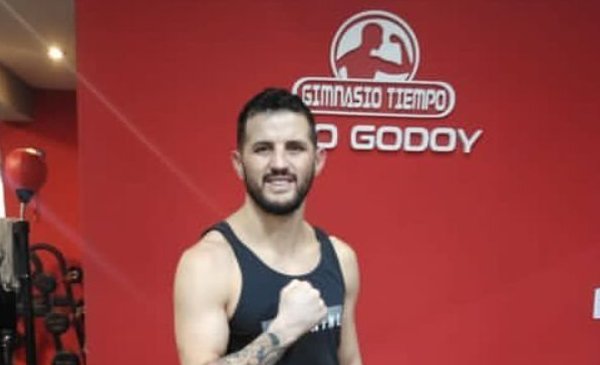 Argentine boxer Gino Godoy He revealed on his social networks that knocked out a young man who tried to rob him while training outdoors in his hometown, Neuquén.

Godoy, 34, is nicknamed the rough, He fights in the super welterweight category and has a record of 27 wins with 17 knockouts and two losses, both by points.

Rough said that he was running when a young man intercepted him and ordered him to give him the watch, which he refused. Then he asked her for the watch and finally threatened to shoot him. It was there that the boxer put him to sleep with a withering hand.

This was the story he posted on his social networks.

“People were just running along the fences here near the racetrack, and in the middle of the field a guy who wasn’t very tall appeared to me and stopped me. I thought he was going to ask me for the time or water, but he said: ‘Give me your phone’ ” What?’ I told him. He repeated it again. And I was amused and I told him I don’t have any. And he said ‘give me your watch’ and I said ‘get out of here’ and I want to go, he grabs my arm and says ‘do you want me to I shot you?’ When he said that to me, I took out my lethal weapon and put him to sleep, hahaha, he was scattered in his sleep, I forgot to tell him that I also have a weapon, hahaha, I looked if there was anyone else and I didn’t see anyone. I came running, I looked back, I was still sitting on the ground. Well people, thank God nothing happened, but be very careful to those who go out to the fence. In any case, I think this one is not going to want to steal anymore. Hugs and that’s it I put one more knockout in my career, hahaha,” Godoy wrote on his Instagram account.