Girona makes history on the same night with football and basketball 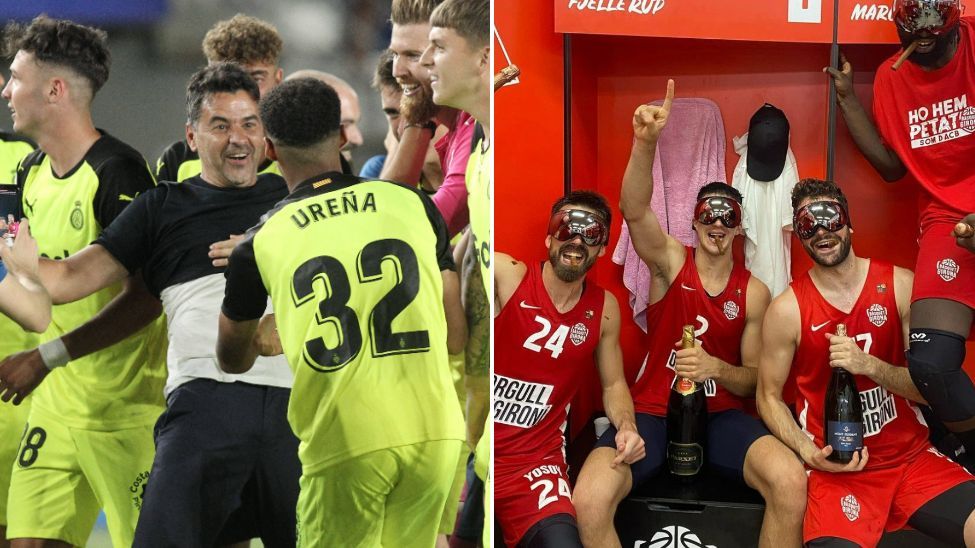 Girona is a real party. The Catalan province has cgot the promotion, and on the same day, on both his soccer and basketball teams. The Girona wil

Girona makes history on the same night with football and basketball

Girona is a real party. The Catalan province has cgot the promotion, and on the same day, on both his soccer and basketball teams. The Girona will play in the First Division next season and Basketball Girona of Marc Gasol will do the same in the Endesa League. A historic milestone in Spanish sport that has been widely celebrated by fans of both teams.

Girona achieved promotion to LaLiga Santander this sunday to win (1-3) in the second leg of the LaLiga SmartBank ‘playoff’ final at Tenerifea return to the top competition for the Catalan side after playing their third consecutive promotion final.

Míchel’s team broke the equality on the scoreboard, after the 0-0 in Girona last weekend, so he took the Heliodoro Rodríguez López with three goals that certified the return to LaLiga Santander. This time they executed the law of the sixth classified, as happened with Elche and Rayo Vallecano in 2020 and 2021, the ‘executioners’ of the ‘gironins’ who achieved promotion.

The coach of Girona, Miguel Angel Sanchez Munoz “Michel” He stressed that the Catalan club is “immortal and is getting back on its feet”, after achieving this Sunday the long-awaited promotion to LaLiga Santander by beating Tenerife 1-3 in their third consecutive promotion final.

Basketball Girona proclaimed champion this Sunday of the LEB Oro to achieve sports promotion to the Endesa League, after beating Movistar Estudiantes (60-66) in the final of the ‘Final Four’ in the Fontajau pavilion, the stronghold of the ‘gironins’ who experienced a historic afternoon with a Marc Gasol recovered from his knee discomfort.

The Girona’s ’33’ culminated his goal of reaching the highest category since he founded the entity in 2014. After leaving the NBA and returning as a player this season to the club he presides over, the Gasol middleweight did not want to miss his date with history despite his knee pain.

The center arrived in cotton wool, but came out as a starter to lead his team in a first quarter favorable to the hosts (19-14), who went up five showing defensive solidity and with an Maxi Fjellerup attack inspired.

Girona did not lose track of their great performance and increased their lead in the second half. However, the effectiveness disappeared in the last quarter and Estudiantes tried unsuccessfully until the end. Thus, Marc Gasol, the MVP of the final, It was the bastion of his team to achieve the dream promotion to the Endesa League.

Loading...
Newer Post
How much prize money does Fitzpatrick get for winning the US Open?
Older Post
F1 2022: The Williams team rules out changes in its drivers for next season