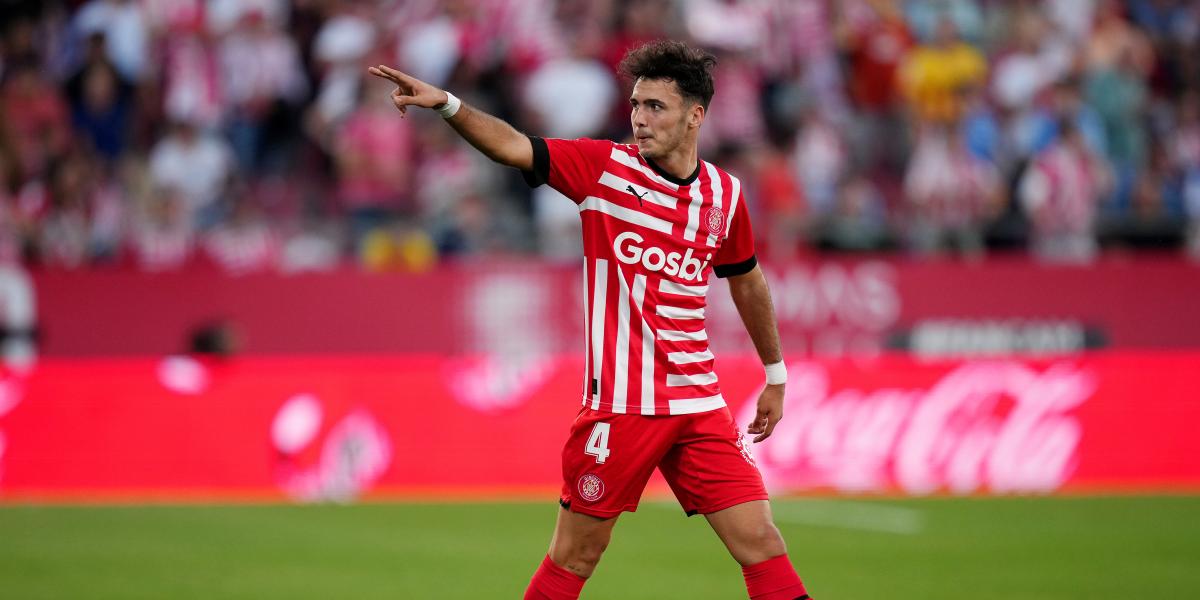 Fun match in Montilivi. slight dominance of Osasuna, but dangerous chances on both sides. And, of course, goals. Kike Barja advanced to the Na

Fun match in Montilivi. slight dominance of
Osasuna, but dangerous chances on both sides. And, of course, goals.
Kike Barja advanced to the Navarrese and equalized
David Lopez minutes later. Everything to decide in the second part!

Unusual offense by the Girona player.

The Catalans fall back on their field.

The protagonists begin to be tired.

The ball of
Barja ends up in the hands of
Gazzaniga.

Finds it
moi gomez with a great pass, but the winger misses a great opportunity!

Each in their own way, both teams very vertical.

Arrives
Serge Herrera by the hair to a ball that was looking for
Castilians!

There are already two consecutive actions in which they have not been able to take a shot.

Good opportunity for them.

For
Gazzaniga the attempt of
Avila from outside the area.

tried to beat
Gazzaniga after a good pass
Avilabut failed
.

About to start a decisive match for both teams!

The Girona team won with a solitary goal from
David Junca and made it through to the round of 16.

By the
Osasunathere will be many eyes on
Abde. The player loaned by the
barca is having a magnificent season with the Navarre team.

Michel:
“I don’t know why we haven’t won more games”

The coach of the Catalan team has expressed a
great confidence in their players despite the current situation of the team.

slay:
“We have to round off the week with a good game tomorrow”

The coach of the Navarrese assures that his el
mood of his pupils has improved a lot after the victory against Espanyol.

will have to
Chimy Avila as a spearhead.

Leaves
Juan Carlos on the bench and gives the opportunity to
Gazzaniga in goal. In attack, he will look for the goal with
Castilians,
Tony Villa and
Manuel Vallejo.

Women’s Soccer: Barcelona and Real Madrid would break attendance record
Alexia Putellas, Beyond Gold
This is Luis Campos, the football guru that PSG has signed
FOOTBALL 4295

Loading...
Newer Post
Sporting will only sell tickets for one stand for the match against Andorra
Older Post
UFC: Charles Oliveira, a champion defeated by a rigged scale?