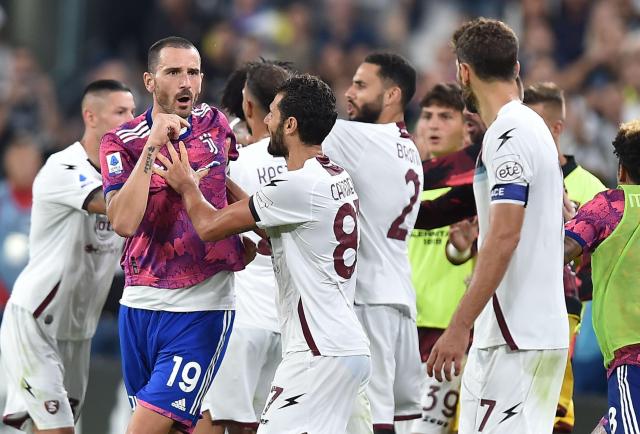 The chaotic confrontation between the Juventus and the Salernitana (2-2) from last Sunday continues to generate controversy after a television image revealed the decision of the VAR to annul -for offside positional Italian Leonardo Bonucci– What would have been the winning goal for ‘Juve’ through a header from the Polish Arkadiusz Milik.

The scandal is once again the protagonist in Italy. The protagonist of the controversy: the VAR. And it is that according to an image published by Sky Sport Italia, the referees in charge of throwing the lines of the offside they would have forgotten a Salernitana player, the Italian Antonio Candreva, who would enable the position of bonucci, which in turn had already caused the protest among the players on the green. A decision that would have made it 3-2 on the scoreboard in added time.

After a disastrous first half, the ‘Juve’ reacted in the second act and, with a final rush, managed to lift the 0-2 and tie the contest. With the wind in favor, the men of Massimiliano Allegri They sank a Salernitana that dominated a good part of the match but that got smaller as the minutes went by.

A corner in the 95th minute was the culmination for the ‘Vecchia Signora’, who managed to turn the score around with a header from Milik who, furthermore, driven by the emotion of the moment, celebrated taking off his shirt, which cost him his second yellow card. First ejection of the night.

The Turin team celebrated while Salernitana wandered the field knowing that they had let escape three points after a meritorious effort. It was then that the referee put his hand to his ear, the play had to be reviewed.

The players of the Turin team did not understand the reason, and the referee explained that Bonucci could have interfered in the goalkeeper vision. Before the braid had reached the monitor, a brawl broke out between Fazio and Cuadrado, who were ultimately expelled.

The referee made the decision to annul the goal. Bonucci, who did not touch the ball at any time, was in offside and, in the referee’s judgment, directly interfering with play. The ‘Juve’ players couldn’t believe it. Allegri was sent off. The match ended with draw two and ended with four expelled, one of them for celebrating a goal that did not even go up to the scoreboard.

The controversy was already served, but it was not over. Everything exploded once the meeting was over. The debates in the media went from talking about the interference or not of Bonucci in the play, to talking about the fact that the VAR had forgotten about Candreva, defending the corner kick short, at the time of throw the line. The managers in the room video arbitration they took as a reference a defender who was inside the area.

according to the picture of Sky Sports Italythe Salernitana player is 2.90m from the baseline, while Bonucci is 3.42m, perfectly enabled.

“When I got to the locker room I saw the image and Candreva enabled me. My position in any case does not bother Sepe (Salernitana goalkeeper). I think the VAR has rushed,” Bonucci said at the end of the match.

The error of the VAR has cost him two points to a ‘Juve’ to which the victoryeighth with 10 points, leaving the feeling of needing a radical change of course to return to the path of victory.