Going from anger to world champion in Moto GP: the Quartararo case 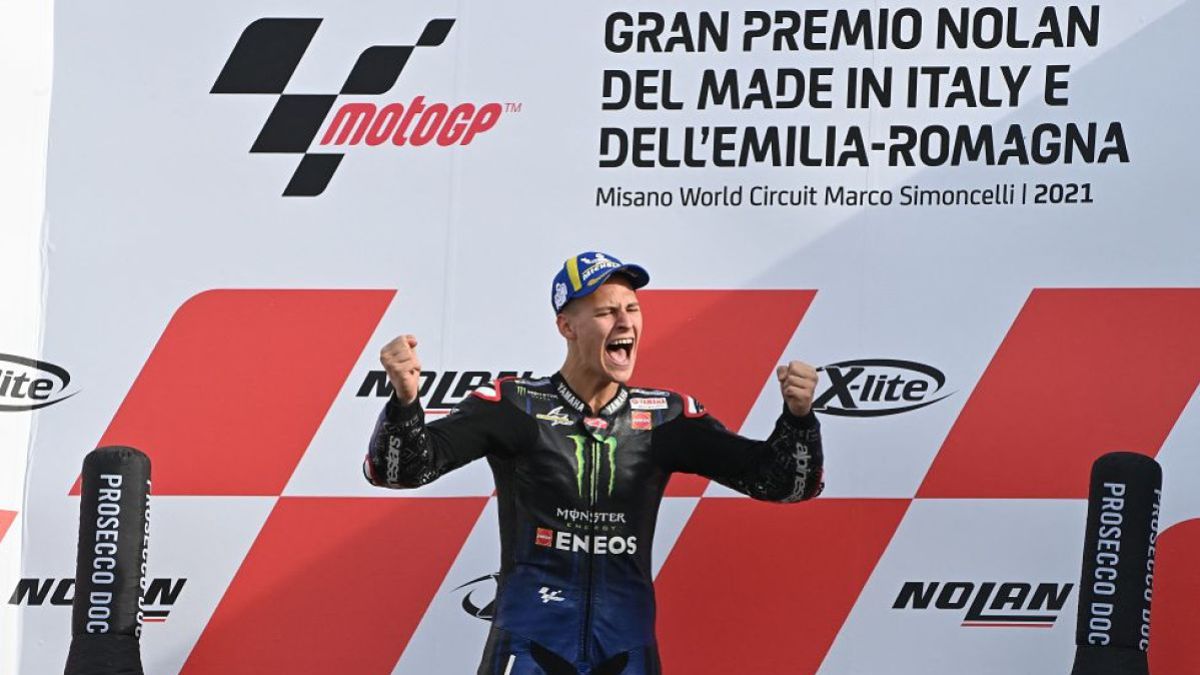 How many times have we heard the saying that: "if you get angry, you have two problems: get angry and let loose". Fabio Quartararo, the brand new

Going from anger to world champion in Moto GP: the Quartararo case

How many times have we heard the saying that: “if you get angry, you have two problems: get angry and let loose”. Fabio Quartararo, the brand new MotoGP world champion, has had those ‘two problems’ for a long time. His trajectory It is not that of a pilot who ascends in an overwhelming, glittering and incontestable way. On the contrary, he arrived at MotoGP without having excelled in Moto2, where he replaced Alex Rins (his best results were a 7th in Qatar, Catalonia and Malaysia and a 6th in San Marino). In fact, he bottomed out with a 28th in Argentina.

It was in the 2019 season when he entered MotoGP having Morbidelli as a teammate. In the qualifying sessions of the Spanish Grand Prix he made his surprising debut with the first pole position of his Moto GP career. But his trajectory was still diffuse, erratic at times. And brilliant, in others.

The devil (as he is called, after the devil he wore on a helmet when he was little) has a very good character, he is one of the most outgoing and it is difficult not to see him smiling. But he has also been the victim of his own anger. And is that Anger has always been an Achilles heel for the French rider, protagonist of some of the most emblematic images of the season, such as when the Catalan Grand Prix ended with the zipper of the jumpsuit lowered and the chest exposed. Or his painful ‘hand in hand’ with a bee that got into his helmet.

Fabio’s career is the best example of how a change of attitude in the face of adversity (He qualified 15th before the ‘match-ball’ that brought him closer to his first major title) is key in the triumph. In the pilot’s words: “I learned that staying calm brings results”. And it is that the problems that he has been encountering throughout his sporting journey – which have not been few – have often resulted in anger and frustration. When he has been aware that this path only took him further away from improvement, Quartararo has won. He has gained consistency, he has gained concentration. And the sum of both has led him to his first great title. “This year I have never gotten angry. Staying calm has made me grow a lot“, he pointed out in the media.

Quartaro was not expected, he was not taken into account because he arrived without fuss, so low, winning one day, but losing the next. But it came and knew how to turn a problem into an ally. Now, in addition, he is more methodical thanks, in part, to the self-control exercises that his psychologist recommended at the time.

Why is it important not to get angry?

Learning not to get angry when you don’t win is basic in the world of sports. More if we take into account that only one wins. It is much more profitable and profitable to lose and learn than to lose and get angry. Any athlete knows that anger does not change a result. But Anger often also serves to put you into action, to make you react, to drive you. Managing that pent-up anger is common, but if not done correctly it can end up becoming a harakiri. Because instead of boosting your energy, it can sink you. It takes a challenge-proof mentality to stay in control and Quartararo is already on that path, which makes him even more fearsome for the rest of his rivals, Márquez included. The history of sport has left us great examples of the effects of bad anger. Perhaps McEnroe’s loss to Lendl at Roland Garros in 1984.

It was a duel of titans completely opposite in character and that huge difference between them was what caused the sparks to fly. McEnroe had not lost a single game that year. But Lendl’s mental preparation knocked him out of the game and made him lose his temper. So much so that he got into a very long fight with the referee, and the audience began to boo him and get up from their seats outraged by the tennis player’s inability to focus on the game.

If you want to know more about how to manage anger, I recommend that you delve a little deeper into the history of this historical chapter of sport in general and tennis in particular. Come in if you want to relive the day Lendl’s mentality made McEnroe mortal.