Golden State Warriors, NBA champion: the ring, a collector’s item that will have hundreds of precious stones 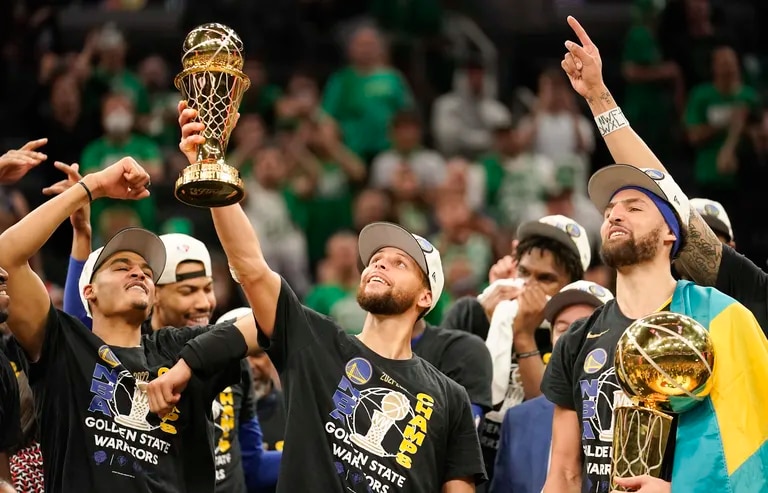 Object of desire. They all fight for him. That is why it looks bright, imposing and is a true collector's item. The NBA he has a new champion an

Object of desire. They all fight for him. That is why it looks bright, imposing and is a true collector’s item. The NBA he has a new champion and with it the new design of the ring he conquered Golden State Warriors is running. Jason The Beverly Hills It is the jewelry that has been in charge of making it for several years and this time the San Francisco franchise has already announced that the design will be just as impressive as the one designed for the 2018 title.

Details of what this ring will look like have not yet been given, although it is known that there are values ​​between those that usually surround each of these jewels. It is estimated that the cheapest cost about 30 thousand dollars and the most expensive were above 150 thousand dollars. Different aspects can be reflected in each design and it usually has a basic design that is always with gems in yellow and white gold.

The last design of the Warriors, from 2018, has 56 precious stones that represent the number of years that the franchise has been in the San Francisco Bay, in addition to having a reversible piece in which 74 sapphires can be seen on different faces. one side and another 74 diamonds on the other, representing the number of regular series and playoff games they won that season.

The first rings were relatively basic, one stone at most, but particularly since the 1990s they have evolved into larger, heavier, increasingly ostentatious pieces with an increasing number of gems and references. Today the rings can have more than 100 diamonds not only on the front, but on its entire surface, which brings its price to tens of thousands of dollars.

The most expensive ring was made in 2019, when the Toronto Raptors won their first title. A total of 650 diamonds were used, including a 6.9mm one, which was the largest used in a US championship ring. The piece also carried 16 rubies, representing the number of games the Raptors had to play. win during that year’s playoffs, as well as featuring: the Toronto skyline; six diamonds in homage to the city’s nickname “The Six” and the word “North” in reference to the slogan “We The North” used by the Canadian franchise during its championship run. That piece is estimated to have cost more than $150,000.

Baron Championship Rings was the jeweler of choice for the Raptors in 2019. The Canadian franchise opted for five different types of rings: the most expensive, mainly for players and coaches, which exceeded $150,000 each, and also the cheapest, at only 13 dollars each, which were given to about 20,000 fans who were in the stands at the first game of the following season, when the flag-raising ceremony took place and the championship rings were presented to the players.

The latest design of a jewel for the NBA championship is the one that Jason The Beverly Hills made for the Milwaukee Bucks in the 20-21 season. 400 diamonds were placed, of which 360 were on top and represented wins since the team was purchased. Another 16 on the left side in the form of an emerald represented the games won in the playoffs of that campaign. Another 16 diamonds meant the divisional titles.

It was also learned that the Bucks’ NBA ring (with 4.14 carats of emeralds representing Milwaukee’s 414 area code and 50 round stones on the inner bezel symbolizing 50 years since the team’s last victory) has worth an estimated $35,000 per ring. According to the manufacturer, they added a QR code to the inside of the piece, which when scanned plays a video highlighting memorable moments from the season.

In this case, it is estimated that the cost of the Golden State Warriors ring could exceed 30 thousand dollars each and that it will have more stones than the last one that was made to celebrate the 2018 ring. A collector’s item that will be known in the first game of the next season at the championship ring ceremony.