The word dynasty has a special value in the NBA. Because good squads and great champions are often seen, but squads that define an era, very few.

The word dynasty has a special value in the NBA. Because good squads and great champions are often seen, but squads that define an era, very few. The Golden State Warriors enter that seat, a team that, thanks to enviable sports management and unrepeatable draft picks, built a squad that dominated the league for the last decade. Now, and after two years of hibernation, they are just one game away from getting the seventh ring in their history and the fourth in the last eight years. They will play this June 16 the seventh game of the series against Boston with a 3-2 advantage.

A golden journey that began in 2015, when the first championship of the Stephen Curry era fell. It was a special trophy for those from Bahia, since they not only ended 40 years without a ring, but also left behind a dark stage for the team where they could only enter the playoffs three times in the last 21 years. Of those three postseason experiences, two had been in the seasons leading up to the 2015 victory, making it clear that the process was not overnight.

Much of that change is due to 30. To that basketball player who came from Davidson University and who from his first season in the NBA began to revolutionize the game with never-before-seen three-point shots. His arrival in 2009 (via the seventh pick in the draft) was eternal light.

In 2011 Klay Thompson would join, the perfect squire for Stephen, another expert shooter. He receives, throws and liquidates. However, they need someone to cover and protect them. That player came in 2012 in the second round of the draft: Draymond Green.

Curry celebrates in Game 4 of the series against Boston. (Kyle Terada-USA TODAY Sports)

With that initial pitchfork, all products of the college selection process, the Warriors found their shell. And so on 14/15, with Steve Kerr in the lead, the first ring arrived. They were the best team in the regular phase (67-15) and beat LeBron James’ Cleveland Cavaliers 4-2 in the NBA final.

Knowing what it was like to be a champion, they went out at 15/16 to mark milestones. They signed the best start to a season in history (24-0), were the fastest team to reach 50 wins of the season and achieved the best balance in a season (73-10), surpassing the record held by the Jordan’s Bulls (72-10) after the 1996 season. Unfortunately for them, the playoffs would end with a painful loss in Game 7 of the NBA Finals against the Cavs. For the first time in the league’s 70 years, a team that was 3-1 up in the knockout phase lost the trophy.

A stumble that would see them hit free agency and sign Kevin Durant. The Oklahoma superstar would travel to San Francisco with one goal: to be champion. Something that would achieve twice. In 2017 and 2018 they would beat the Cavs (4-1 and 4-0) confirming that they were the best franchise of the decade. An overwhelming rhythm that would continue in 2019 where they would reach the NBA finals again.

There they would fall defeated against the Toronto Raptors in four games and with several casualties in their total formation. In any case, the record of five consecutive finals and three rings already put the Warriors on the list of the best teams in history.

A final in which many thought the cycle of Curry’s team would come to an end. After that end of the season, Kevin Durant would leave the team to try his luck with the Nets and the San Francisco players would suffer serious injuries to their remaining stars. And there were two years in which they could not be part of the contending squads for the ring. 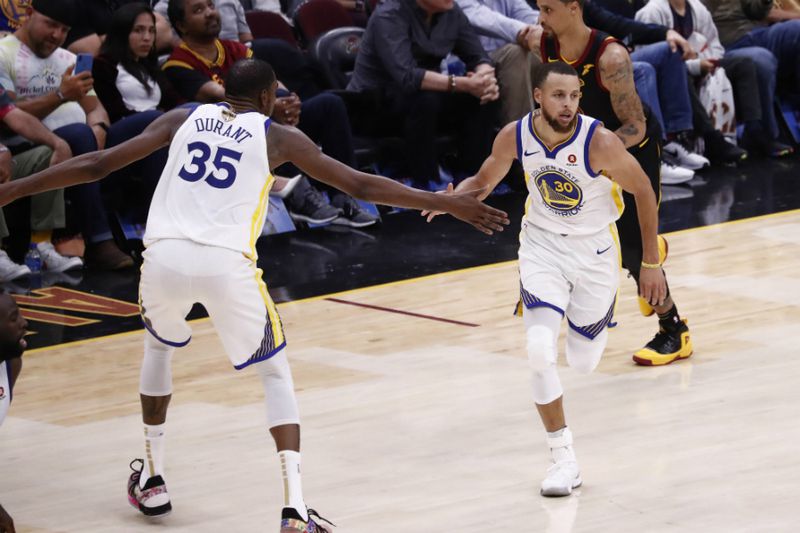 That until this 2022 where they were reborn in an impressive way. With a Stephen Curry in MVP mode and with key role players (Poole, Payton and Wiggins), the Bahians grew this year and managed not only to finish at the top of their conference, but to return to a final of the NBA. It was the sixth in eight years, achieving something that had not been seen since Michael Jordan’s Chicago Bulls achieved it between 1991 and 1998. Marks only worthy of the great dynasties of the league.

Some that this Thursday can be enlarged even more. If the Warriors beat Boston at TD Garden, they will close the series and win their seventh ring, becoming the third team with the most championships in league history, only behind the Lakers and Celtics.

Their all-star trio (Curry, Thompson and Green) on the other hand will earn four rings each, matching the stars of the last franchise that had dominated before them, the San Antonio Spurs. Tony Parker, Manu Ginobili and Tim Duncan have also lifted the O’Brien Trophy four times, albeit over a period of eleven years.

That yes those of San Francisco managed in this series against Boston to snatch a milestone not less than those of Texas. With the win in game four, Curry, Thompson and Green became the winningest trio in NBA Finals history, celebrating 20 games. One more than Parker, Manu and Duncan.