Golden State Warriors, to his own: 4-0 and 23 points from Curry 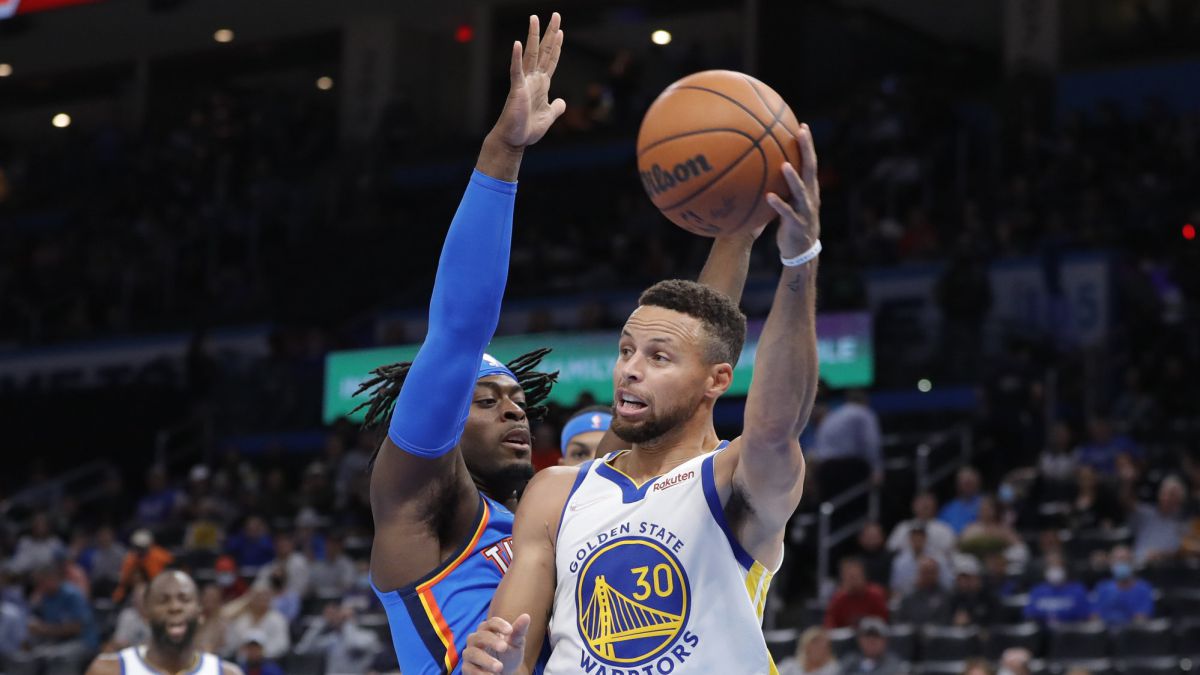 There are only two undefeated in this brilliant start to the NBA 2021-22: Chicago Bulls and Golden State Warriors. Two teams that did not scratch

There are only two undefeated in this brilliant start to the NBA 2021-22: Chicago Bulls and Golden State Warriors. Two teams that did not scratch the playoffs last season and that this season started as a shot with full victories after the first four games of the season. Last morning, those of Illinois reached 4-0 and in this, lSan Francisco, who won at Oklahoma (98-106), square with cache just a few years ago, but which is now open city after Sam Presti’s decision to accumulate more pick than players in the squad. The Utah Jazz hasn’t lost, either, but has only played three games so far.

And, of course, the Thunder are, along with the Detroit Pistons, the only ones who have not yet achieved a single victory this season. In Michigan, at least, they have the joy and excitement of having the number one of the last draft, Cade Cunningham, who has not yet debuted due to injury. In OKC … the absolute nothing apart from a Shai Gilgeous-Alexander going about his business: 30 points (4 of 5 from 3-pointers) against Golden State for an average of 22.5 goals so far this season.

Gabriel Deck, the former Argentine player of Real Madrid, once again ran out of opportunities and adds only one appearance in four games: against the Houston Rockets with 9 minutes on the court … and with his future in the air. The forward is partially guaranteed his contract until January 10, at which point you will have to secure your contract for the remainder of the course. Faced with this scenario, the rumors of a possible return to Europe are already ringing.

On the other hand, the Warriors, who are waiting for the return of Klay Thompson, are very clear about how to get win after win without any problem. The two teams of Los Angeles (Clippers and Lakers) and the other from California (Sacramento). Oklahoma was the next field on which to impose its iron fist. And they did it with enough suffering: they did not get ahead until the last minute of the third quarter thanks to a triple by Otto Porter and a 61% accuracy in the launch. The Thunder fell as much as 26% in that span for just 17 points. Until then, effort through Stephen Curry, Andrew Wiggins, and Damion Lee. Among the three, 64 points of the 106 total. The point guard reached 23 with a 4/9 from the perimeter. He has yet to drop below 20 this season to 29 on average (the NBA’s third leading scorer). The fast and intelligent game in the pass was key for this triumph with 30 assists for only 19 of his rival.

Marc Gasol, included among the slowest players in NBA 2K22
NBA: The NBA rewards Ricky for his solidarity work
Golden State Warriors, keys to their dominance in NBA statistics
NBA 782