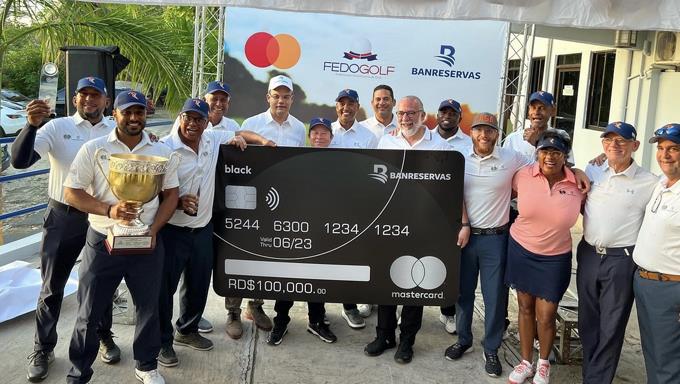 The La Romana Golf Association (Asoglar) was crowned champion of the VIII edition of the Inter-Association Tournament. The event

The La Romana Golf Association (Asoglar) was crowned champion of the VIII edition of the Inter-Association Tournament.

The event was held this Saturday at The Links golf course in Casa de Campo, in which the nine associations of the Dominican Golf Federation (Fedogolf) took part.

Asoglar won the Banreservas Cup, with a score of 95.5. Win the tournament for the first time and at home. He obtains 100 thousand pesos, thanks to the Reserve Bank.

Individually, Rubén Polanco, from Agopro, with 75 hits, won category A; the AA, Alberto Menicucci dominated it with 76, from Sagolf; Jorge Elmúdesi, with 83, took the B, from Agopro; Category C was dominated by Yoel Morales, from Asoglar, with a score of 84.

In the Ladies, A and B were dominated by two Agla players; Stefania Mosyagina 82 and Binky Hurtado, with a card of 88.

The notes of the national anthem were intoned thanks to the Municipal Music Band of La Romana and then the president of Fedogolf, Carlos Elmúdesi gave the main speech, thanking the Banco de Reservas for being the main support of the fair, “because here healthy competition among golfers is promoted to foster the development of this sport at a national level”.

Kelvin García, business officer of Reserves, expressed joy for the event, at the time of indicating that the Dominican bank will continue to support Dominican golf, through Fedogolf and its associations.

Then Elmúdesi and Robert Guerra presented recognition plaques to Carlos Sánchez, José De Soto Peguero (his son Milvio received) and Ramón Campechano (his son Ramón Jr. received). These three golfers were honored for their contributions and career in that sport.

The IX edition of the Fedogolf Interassociations Tournament will be played at Cayacoa Golf Club on December 18 and 19, 2023, the organizers announced in the middle of the award ceremony. It will be the first time that the tournament is played two days in a row.

The tournament was sponsored by Banco de Reservas, with the support of Casa de Campo, United Brands and Brugal.