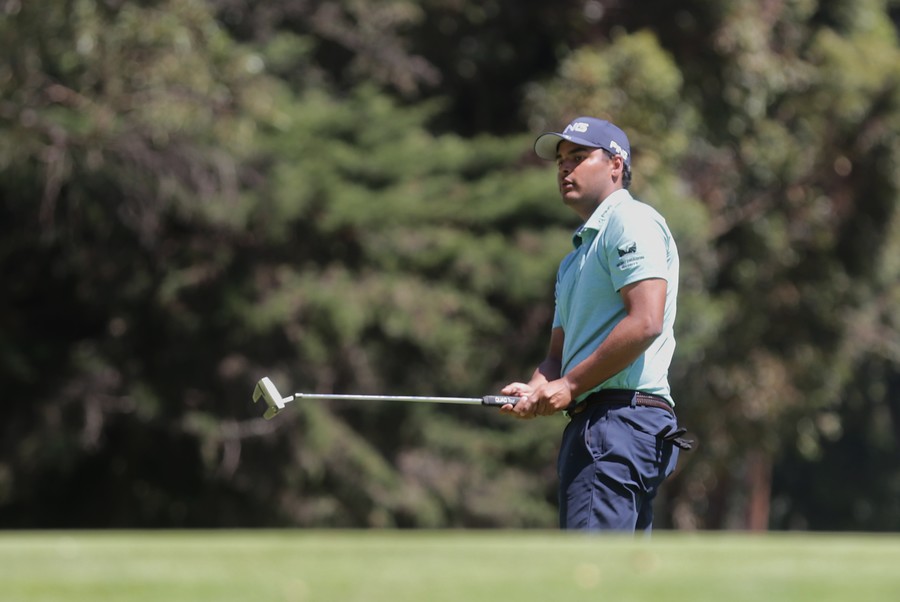 A good debut had the Colombian Juan Sebastian Muñoz in the golf of the Tokyo Olympics by finishing the first round in the top 10 of the competition.

Muñoz signed a 67-shot card to finish with four hits under par from the field.

Day suspended due to rain, resumption and leadership of Sepp Straka

The men’s golf of the Tokyo 2020 Olympic Games started on Thursday with the Mexican Carlos Ortiz placing in third position and the Japanese Hideki Matsuyama suffering the pressure of being the local star.

The austrian Sepp Straka, world number 161 and without a victory in his PGA record, sleeps as the leader of a tournament marked by the absence of figures such as Jon Rahm and Dustin Johnson.

Straka signed a sensational 63-stroke card, eight under par, at the Kasumigaseki Country Club, near Saitama, emptied of fans by the coronavirus pandemic.

A blow from the leader, who achieved eight birdies without any bogey, was the Thai Jazz Janewattananond and two of the Mexican Carlos Ortiz and the Belgian Thomas Pieters.

Also read: Wave of photos of women with short hair by athlete victim of machismo in Tokyo

“It has been a great round. I am very happy with the way I have played,” congratulated the golfer from Guadalajara (west), who is currently ranked 61st in the PGA ranking.

Ortiz last year gave Mexico its first PGA title in 42 years, the Vivint Houston Open, but this Thursday he tried to contain the expectation of another resounding triumph on an Olympic stage.

“I have not come with any particular expectations. I am going to go out and try to do my best. I just want to give 100%, that is my goal for each tournament,” stressed the Mexican, who signed seven birdies and one bogey.

Tokyo-2020 celebrates the second golf competition since the Olympic return of this sport in Rio-2016 after a 112-year absence.

Two of the three medalists then, Henrik Stenson (silver) and Matt Kuchar (bronze), they have no Grand Slam tournaments to their credit, while the winner, Justin Rose, has not achieved any other since his victory at the 2013 US Open.

Two other Latin American golfers finished in the top-10 of the round, which was suspended for just over two hours by a storm.

Also read: Íngrit Valencia: date, time and rival for the quarterfinals of the Olympic boxing

The Venezuelan Jhonattan Vegas concluded with 66 strokes, five under par, in the shared fifth place and the Colombian Sebastián Muñoz with 67 hits in the eighth.

Another Mexican, Abraham Ancer, was placed with 69 strokes in 20th place, shared with a dozen other players, including Hideki Matsuyama and Collin Morikawa, the two players who monopolized the spotlight at the start of the competition.

Faced with the tournament’s numerous and sensitive casualties, Japan’s Matsuyama was the most followed figure on the monumental 7,447-yard (6,800-meter) field.

Matsuyama has been a sports idol in Japan ever since he donned the green jacket of the last Augusta Masters, in an unexpected triumph that gave his country the first Grand Slam title.

At the end of his low-key performance, Matsuyama He acknowledged the weight he carries on his shoulders so as not to disappoint the host country.

“If I say there is no pressure, I would be lying,” said the 29-year-old golfer. “I hope I will be able to accept the pressure that is on me to try to have a good tournament.”

“This experience could be the first and the last in which I play an Olympic Games in my country. I hope that tomorrow I can do a better round,” confided the Japanese, who did not want to blame the wind present throughout the day for his result.

“The wind is probably not the biggest factor here. I just didn’t play well today,” he acknowledged.

For his part, Morikawa, the new great sensation of world golf, did not show his best golf for now either in the country of origin of his paternal family.

At 24, this Californian has two Grand Slam trophies, the 2020 PGA Championship and the recent British Open.

The former world number one Rory McIllroy, another of the medal candidates, also finished in the 20th place shared.

Winner of four Grand Slam tournaments, the last of them in 2014, the Northern Irishman regretted the absence of Japanese fans on the field.

“When Hideki (Matsuyama) won the Masters, the first thing I thought was the good atmosphere that was going to be in the Olympics, but unfortunately it is not like that,” he said. “It’s tough. It’s not the Olympic experience anyone dreams of having.”

Tags: Golf, Sebastian Muñoz, Tokyo 2020
The Latin American Amateur Golf Championship will be held in Puerto Rico in January 2023
As a golf destination, Dubai scores a hole in one
Cortez and Torres, champions of the first junior golf tour of the year
GOLF 982