GOLF Cabrera Bello signs up for the Acciona Open in Spain 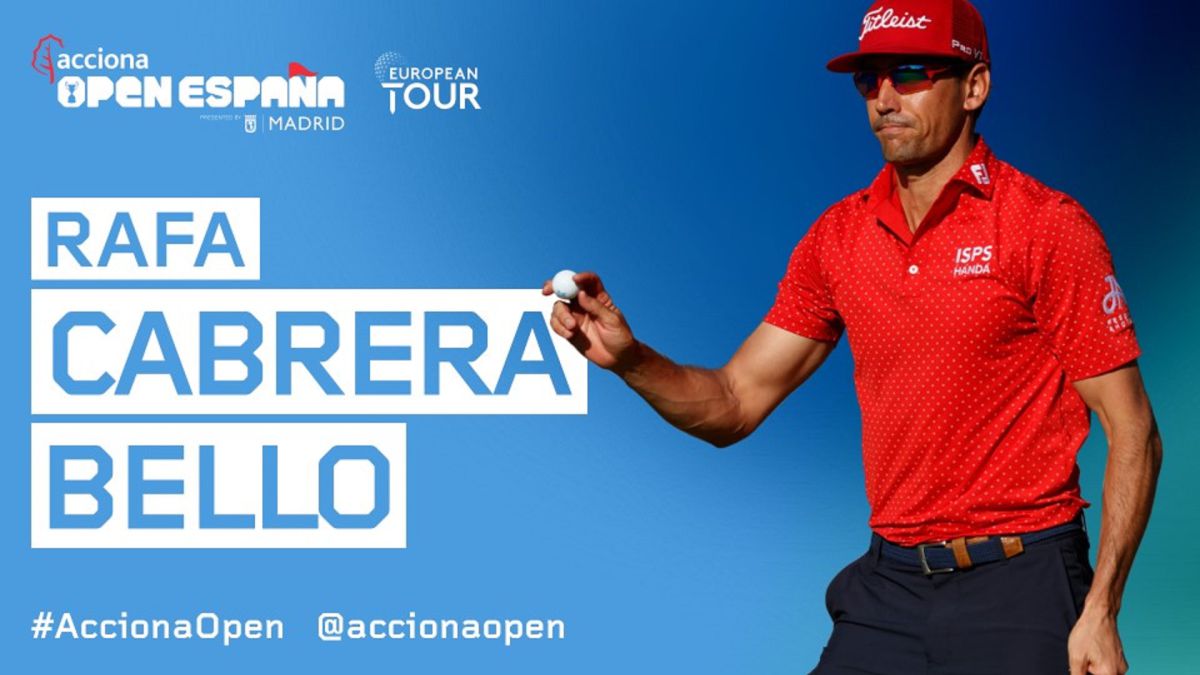 Rafa Cabrera Bello will constitute (along with names such as Jon Rahm, Luke Donald or Bernd Wiesberger) one of the great incentives of Spanish gol

Rafa Cabrera Bello will constitute (along with names such as Jon Rahm, Luke Donald or Bernd Wiesberger) one of the great incentives of Spanish golf during the celebration of the ACCIONA Open de España presented by Madrid, which will take place at Club de Campo Villa de Madrid between October 7 and 10 with the participation of an outstanding team of players. Professional since 2005, Rafa Cabrera Bello has distinguished himself for many years as an important reference in Spanish golf, both for the good records accumulated over the years and for his well-known commitment to this sport. Ryder Cup player in 2016, Rafa Cabrera Bello once again joins his destiny to that of Jon Rahm in a Spanish Open, with which he shared excellent moments during the last two editions held in 2018 and 2019, especially in the last one, where he fought until the last moment for a victory that ended, for the second time in a row, in the hands of the Basque golfer.

“The Spanish Open is without a doubt the biggest victory you can dream of since you are little for a Spaniard. This tournament is really exciting, for all Spanish golfers it is our fifth major ”, declared in 2018 shortly before participating in the National Golf Center, where, sharing a game with Jon Rahm, he was followed by hundreds of fans in a competition where he was sixth in the 2009 edition and eleventh in 2011, at the PGA Catalunya and the RCG El Prat, respectively.

A year later, in October 2019, he had his best performance at a Spanish Open when he accompanied Jon Rahm on the podium from second place after starring in a very solid tournament which also attracted the attention of a veritable legion of fans who came to the Club de Campo Villa de Madrid, a sporting event that can be produced again in just a few days.

Loading...
Newer Post
Pacquiao finally announces his retirement from boxing
Older Post
Patricio O’Ward, the Mexican who dazzled in IndyCar and will now test a Formula 1