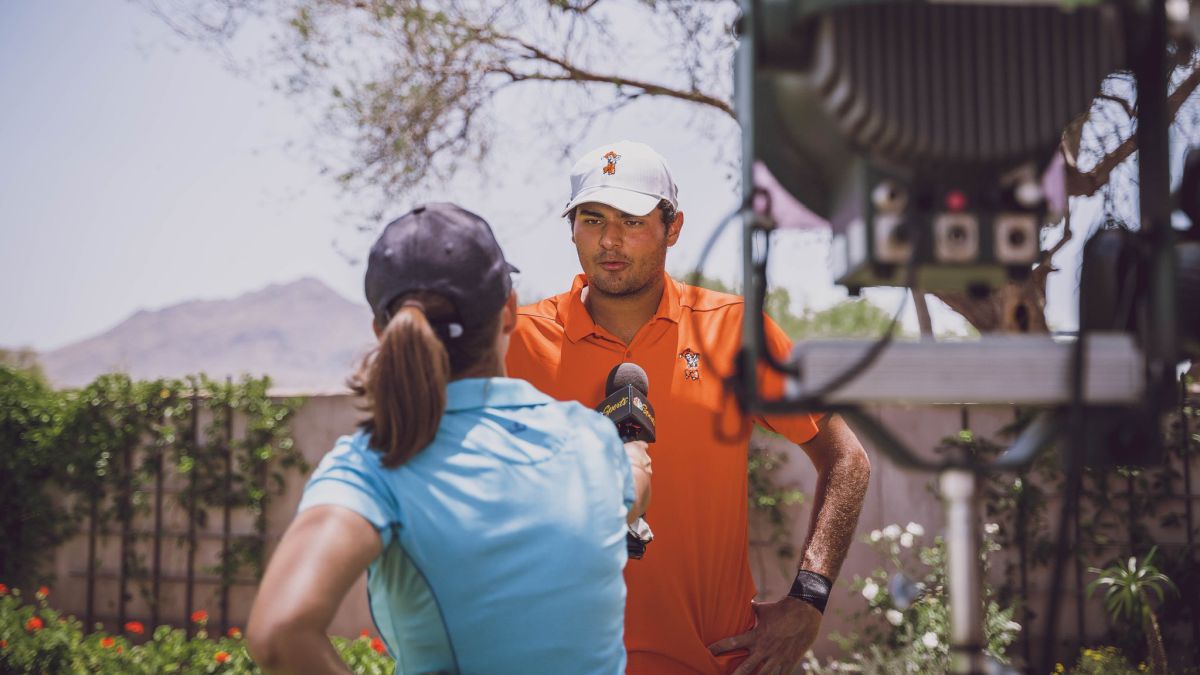 The sport is sometimes cruel despite the merits and Eugenio López-Chacarra, finalist for the best player of the year in the USA, lived it like thi

The sport is sometimes cruel despite the merits and Eugenio López-Chacarra, finalist for the best player of the year in the USA, lived it like this last night at the Grayhawk Golf Club in Scottsdale (Arizona) during the final round of the NCAA men’s individual championship. The 22-year-old from Madrid, number 4 in the amateur world and who has announced that he will wait another year to become a professional, came out two shots after 54 holes and with the aspiration to match the success only achieved by Alejandro Cañizares in 2003 (in the female category Azahara Muñoz achieved it in 2008).

The representative of Oklahoma State, who from today is defending his university in the fight for the title by teams between student centers, He touched the glory in a birdie putt on the 18th that was barely two centimeters from the hole and that would have meant the title. Later, in the playoff between the four players who tied for even the final field the Victory went to Vanderbilt’s Gordon Sargent, who made his only birdie of the day to claim success. But before the ninth freshman won the NCAA, becoming the first since Jamie Lovemark in 2007, the Spaniard had a heart-stopping final lap in which he went through all the stages.

Two bogeys, a double bogey and a triple bogey graced his first nine holes along with four birdies. A roller coaster that seemed to leave him out despite a spectacular game of alternatives mixing great blows with some short circuit, but Eugenio, far from giving up, signed two new birdies that led him to be the leader at the 17th hole. A bogey left everything tied… when the victory opportunity came but the ball did not want to enter, was one lap away from crowning the Spaniard and achieving a milestone that only happened once in history university: that a player with a double and a triple bogey in the final round would win. Yes indeed, for the memory he also left a start from the 18th tee at 294km/h that traveled 357 meters. Amazing. Glory was elusive, but the future will bring many successes to this golf talent. attentive. The British Amateur, from June 13 to 18, is his next target when the competition ends in Arizona.

“The LIV Golf starts and the controversy with the PGA grows!!”
The new Chopard Happy Sport Golf Edition has diamond “balls” that roll across the green
Golf: Good shots during Easter | THE UNIVERSAL
GOLF 983