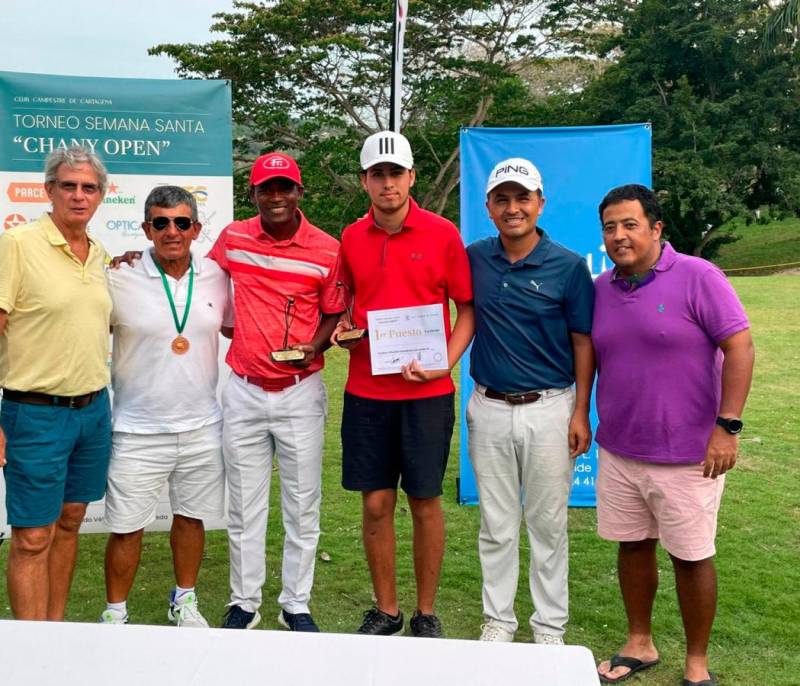 The golf festival was held on Holy Thursday and Holy Saturday at the Cartagena Country Club with the 'Chany Open' in pairs. Professional and amate

The golf festival was held on Holy Thursday and Holy Saturday at the Cartagena Country Club with the ‘Chany Open’ in pairs.

Professional and amateur players from all over the country participated in the contest, who not only came to La Heroica to play golf but also to enjoy these holy days.

In the Elite category, the duo made up of the professional Francisco Torres and the amateur Gustavo Gómez, both from the Lagos de Caujaral Club in Barranquilla, after reporting a total of 130 goals in the two days, were champions.

In second place finished the pair of professional Oswaldo Villada and amateur Sebastián Sarmiento, who made 134, while professional Teodoro Bulla together with young Cartagena Valeria Daguer finished third with 137 in the accumulated.

In the first category, victory was in the hands of Pierre De Bedout and Juan S. Velásquez with 148 hits, followed by Felipe Araque and Sofía Araque with 152.

Henrique Lecompte and Víctor H. Romero were third with 153 hits.

And finally, in the second category, Hernando Charris and Sebastián Correa were the winners with a total of 162 strokes and a good difference with the second position. José Godoy and Nikolás Godoy finished there after reporting 169, while the podium was completed by the pair of Víctor Monfa and Jairo Bohórquez with 170.

Tags: golf at the country club
The earthworks of the Arruzafa Golf Pitch & Putt begin
Italy is ready to receive IGTM 2022
GOLF | Rahm will be in Meaztegi at the closing of the course of his project ‘Golf4Kids’
GOLF 1258