On Saturdays there is no school and the children of the favela of City of God, in Rio de Janeiro, they go ou

On Saturdays there is no school and the children of the favela of City of God, in Rio de Janeiro, they go out to play soccer on dirt streets or pretend to be policemen and thieves in a place full of dangers. Their parents, meanwhile, monitor them, with the aim that they are not captured by drug traffickers who seek ‘mules’ and ‘camels’ in the poorest areas of Brazil.

But in addition to the parents, there is another person who is very attentive to the younger boys. Is named Marcelo Modesto, was born in a City of God much calmer than that of the famous 2002 movie. And its objective is to get the boys off the streets of the favelas, turning them into professionals in a sport that for many Brazilians is considered elitist or exclusive to whites.

Caddy for four decades, ModestThe 54-year-old has opened a golf training center in one of the most dangerous areas of the favela. Without public or private funding, out of pure passion for the sport, managing to attract 100 children with the hope that some of them will find in golf the best way to carve out a better future for themselves. 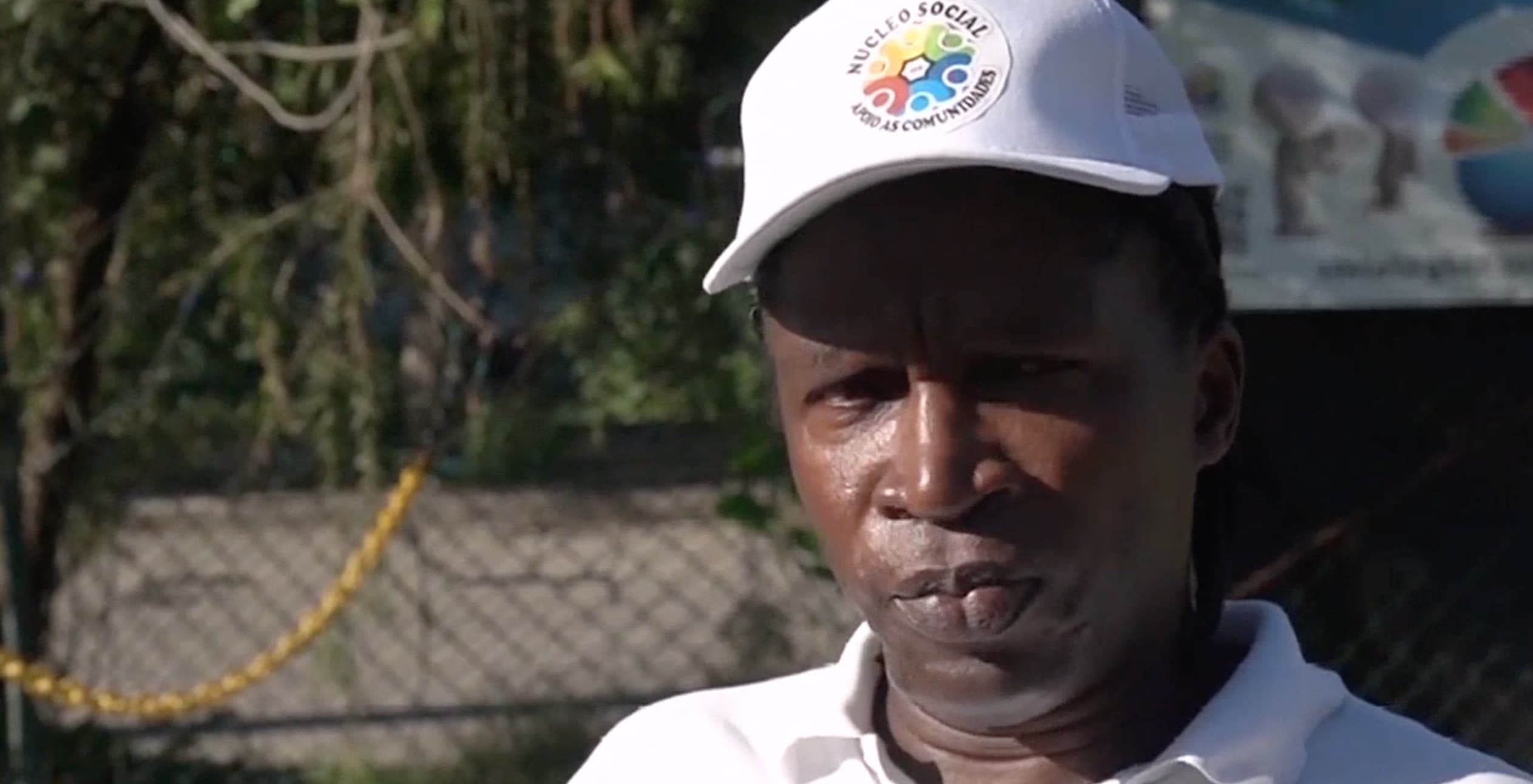 The training ground of City of God It is barely 150 square meters, less than the size of a green. But he manages to fill himself with children, mostly black, who practice with donated clubs and balls. Instead of pointing at holes they are pointing at cubes. And to warm up, they swing wooden sticks. Although no matter how intense their training is, they are always attentive to any sound of gunfire that occurs.

“I have friends who died, others were imprisoned … They did not have opportunities like the one I have had with golf,” he confesses Modest to Associated Press during one of his classes after his shift as a night watchman. “Once you have the ball and start swinging, you fall in love with the sport. It also happens to these children, “he confesses.

Modest saw golf as a good idea for the boys of City of God. When he was 20 years old and had just left the Army, criminals in the area thought of him as a possible ‘asset’. He knew how to fight, shoot and had a connection with the favelas. “It was shocking,” he recalls. But an invitation to work at a golf club changed his life. 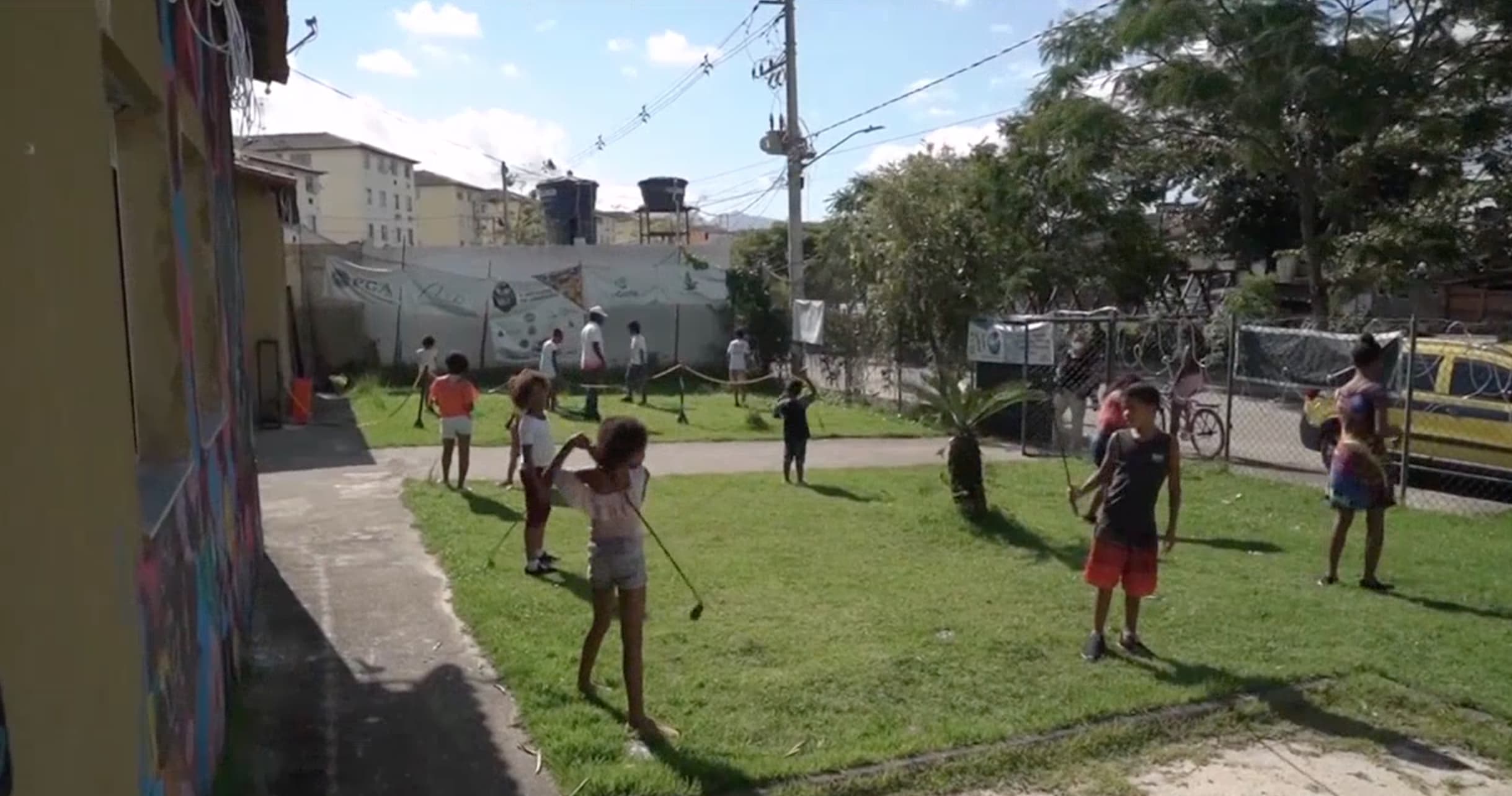 «I am very grateful to golf. It was like a second family to me. The members of the club were like the father I never had. I learned to speak well, I grew as a person, I got clothes from the club members… I even dated the prettiest girls around here! I became a reference, “he recalls.

Modest Now he hopes to extend this beautiful initiative to other favelas in River so that at least 60 years can go to the golf course of the Olympic Games 2016 in February to teach and eat. There are already two selected. One of them is Ray de Souza Teixeira, 13, who is confident that he will become a professional golfer and was able to play on the Olympic field: “No one ever told me this existed in Brazil, only the rich knew. I would love to play a professional tournament and win to get my family out of the favela, life is very difficult there.

Whenever I hear gunshots, someone dies. Whenever there is a police raid, someone dies. It is very bad when there are raids because later there are also protests … Luckily, now I have a new joy with golf, “he reveals.

The Olympic field has seen little movement since the Games. In Brazil There are only 20,000 federated players and since the Olympics the figure has not changed much either. Although this does not matter much to Leijane silva, 50, volunteer in the golf project of City of God, where he takes his daughter, Sofia: «I just want the boys to be off the streets. Here they develop another point of view, they understand sport.

Jack Correa, Vice President of the Olympic Golf Course of River, also believes that the boys will not be frustrated if they do not achieve their dream of being professionals because this initiative will help them learn about other activities related to golf: «More than 80% of our associates are Excaddies. The bubble burst … The Games advanced the sport, now anyone can play it.

Modest also believes that this project can improve the opinion of many Brazilians about children who come from City of God. “Golf was the light at the end of the tunnel for me. I hope it’s the same for some of these guys. I jokingly tell people who come here that they will have to look for workers elsewhere in the future because the guys from City of God they will be too busy with sports. ‘ A story of solidarity of a great guy.

Loading...
Newer Post
The Cavs are everyone’s team
Older Post
The day and time of the sale of tickets for the arrival of the MotoGP to Las Termas was known