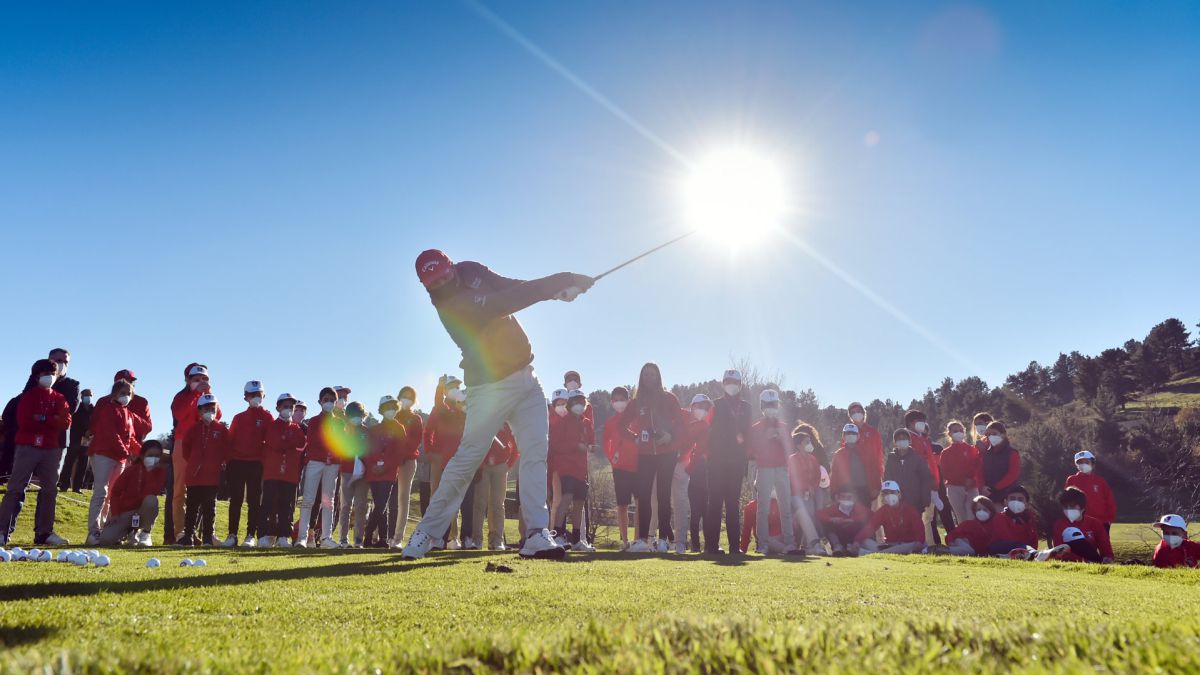 Jon Rahm closes a great 2021, a fantastic year personally and professionally, Although it has also had bitter moments, such as farewell to the Gam

Jon Rahm closes a great 2021, a fantastic year personally and professionally, Although it has also had bitter moments, such as farewell to the Games because of COVID. In 2022, which is about to fall on us, he asks “to keep the world number one and win the British Open”, an appointment that reaches the 150th edition and that will be played again at the Old Course in Saint Andrews, ‘La Catedral’ del world golf.

Rahm closes the year as usual in his land. At Christmas he usually comes from his residence in the United States and be with his family. He was present at the Meaztegi course, located in the Biscayan towns of Ortuella, Trapagaran and Abanto-Zierbena, and during the closing of the course of his project ‘Jon Rahm Golf4Kids’. It is an initiative sponsored by Jon that aims to contribute to the learning of boys and girls, between 8 and 14 years old, using golf as a tool and the values ​​that this sport promotes. With her, Barrika’s genius also tries to give back to society part of what he has received from golf.

Rahm has remembered one of his great milestones of 2021, the victory in one of the four great tournaments of the season, the US Open. Of that triumph, he recalled that: “the joy lasted me five hours and the deepest sensation I felt was that of taking a weight off my shoulders, because from then on I was no longer going to be a great golfer that there was no ‘major ‘.

Today’s session has been carried out between restrictions due to the new wave of COVID. Even so, with a mask included, the Basque played with the youngsters and even faced the blind player Marc Oller, for which he put a blindfold on and had to count on the help of his father, Edorta, as a guide. Due to the restrictions, only 150 people were able to attend the meeting, 50 of them children who carried out “a series of activities that help them understand and acquire positive values ​​through golf and fun,” according to the project director, Ramón Barrenechea.