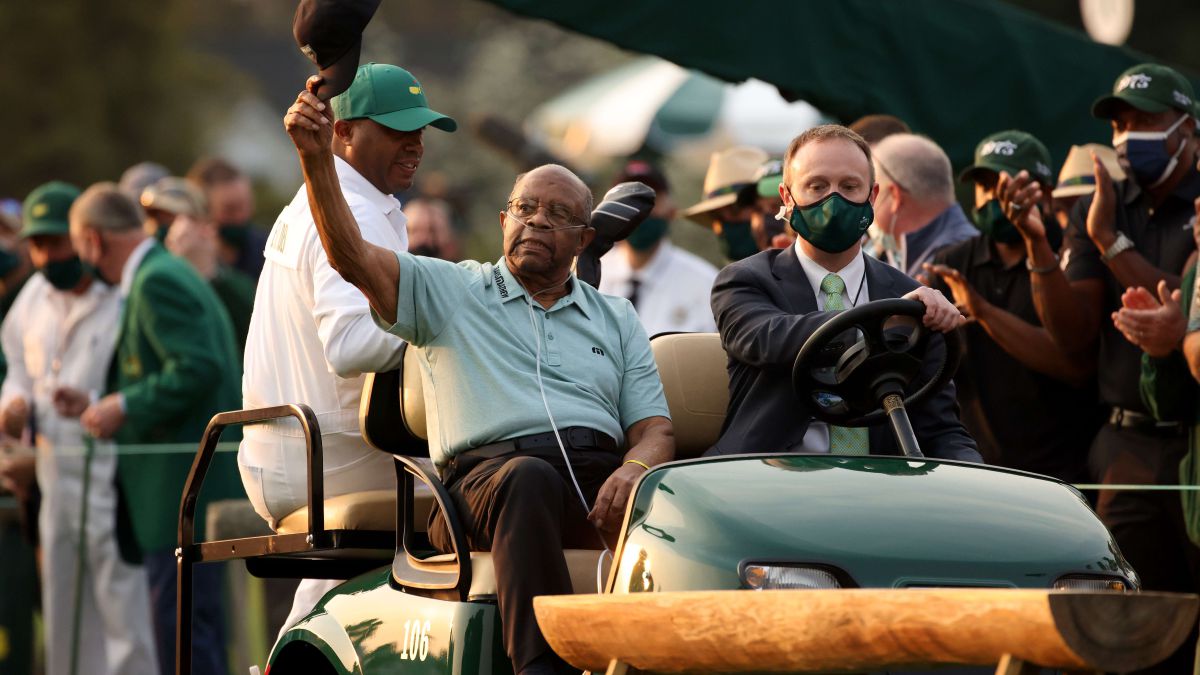 Lee Elder, the first black player to compete in the Augusta Masters, has died at the age of 87, as confirmed by the PGA Tour. Born in Dallas in 19

Lee Elder, the first black player to compete in the Augusta Masters, has died at the age of 87, as confirmed by the PGA Tour. Born in Dallas in 1934 and a four-time PGA Tour winner, he lost his parents before he was 10 years old. His father was killed in Germany in World War II and his mother died three months later. Elder made his groundbreaking appearance at Augusta National in 1975 and was honored at the Masters last April when he was named an ‘Honorary Starter’ alongside Jack Nicklaus and Gary Player. “My heart is very soft this morning, not very soft, soft from the wonderful things that I have encountered since I got here on Monday and from being able to see some of the great friends that I have made in recent years, especially like these two. gentlemen here, “Elder said at the time about Nicklaus and Player.

“We have competed against each other, and we have certainly had many enjoyable times. I just want to say thank you very much for having me here. It is a great honor, and I appreciate it very much, and will always appreciate it, and I want to thank the president for granting me this great privilege, “he added. Elder, beginning in 1975, played five more Masters and 34 Grand Slams, and placed in the top 25 seven times. He tied for 11th in the 1974 PGA Championship and the 1979 US Open.

Elder’s victories on the circuit include the 1974 Monsanto Open (which allowed him to participate in the 1975 Masters), the 1976 Houston Open, the 1978 Greater Milwaukee Open, and the 1978 Westchester Classic. Chen Tiger Woods became the first black player to win the Masters in 1997, he recognized the groundwork done by Elder and Charlie Sifford, the first black golfer to compete on the PGA Tour.

“I was not the pioneer. Charlie Sifford, Lee Elder and Teddy Rhodes paved the way,” Woods said then. “I was thinking about them and what they have done for me as I walked up the fairway from the 18th hole. I said a little prayer and a thank you to those guys. They are the ones who did it for me, “said an excited Tiger. Elder’s story was inspiring regardless of race, as he overcame a personal tragedy long before qualifying for the PGA Tour through qualifying school in 1968.